The second wave of Christmas 2015 ads

Take a look at part two of our Christmas ad round-up. 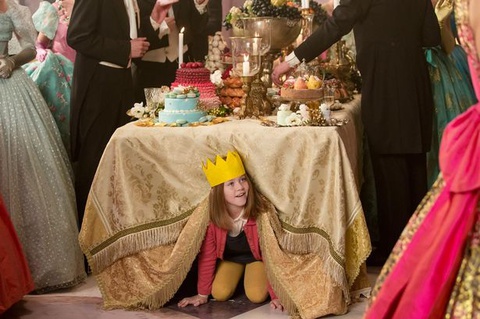 Last week we gave you the first wave of Christmas ads. If until now, you’ve been in denial about Christmas being just around the corner, then round two will definitely give you a reality check.

'Tis the season of the shower-ballad in this ad for cosmetics chain, and they’ve gone around the globe to hit the high notes and record the world’s favourite Christmas song.

The Body Shop also uses the spot to pledge to donate one day’s worth of safe water to a family in Ethiopia, through WaterAid, every time it sells a gift set.

Spain’s annual Lotería de Navidad is considered one of the world’s biggest lotteries. A highly anticipated Christmas event in the Spanish cultural calendar, ‘El Gordo’ has more than 46 million entrants.

The heartwarming, animated spot follows Justino, who does the lonely job of being the nightwatch security guard at a mannequin factory. His only workmates are the mannequins, which he uses to play thoughtful jokes and capture the imagination of his daytime colleagues.

What happens at the end of the story shows Justino that his efforts to cheer the factory workers up don’t go unnoticed, and he is in fact part of a team, even though his working hours don’t collide with theirs.

Next up is an epic ad directed by Michael Spiccia; part of Sky Movies Christmas’ million-pound campaign by WCRS. The scenario follows a girl who is a hater of that dreaded festive vegetable, brussel sprouts. We see her escape from the Christmas table into a magical world in which she interacts with characters from Cinderella, Big Hero 6, Avengers: Age of Ultron and inevitably, the children's favourite Frozen – all specially created with both hand drawn and CGI animations. "Don't just watch your favourite films, be part of them," says the tagline.

In the spot, which was filmed in Budapest, eight-year-old ‘Rosie’ uses sprouts as grenades to fend off attacks from Avengers' supervillain, Ultron, and has to flee from a spooky Night at the Museum. Hundreds of Hungarian sprouts were manipulated by the props department to match the size and shape of the average British sprout.

Sixty dancers re-enacted the lavish ballroom scene from Disney's recent live-action Cinderella starring Lily James on a set built to the exact specifications of Disney. The production values required 120 of the original hand-stitched costumes to be rescued from a Madrid warehouse. Disney pre-approved every animated gesture and item of clothing worn by its characters, with the full-length version of the ad primed for a cinema release.

It took a team of 532 artists, animators, crew, editors and extras, plus over 550 sprouts to bring the advert to life.

“Every year we work with Sky to create and storyboard an ad that’s bigger and better than the previous,” says creative director, Simon Robinson. “Why sprouts? Well this controversial veg is always a hot topic of conversation around the dinner table at Christmas; you either love them or hate them. This insight fueled the storyboarding process as we felt it was a strong theme that many families, kids especially, could relate to."

Lidl “The Lidl School of Christmas” by TBWA\London

The discount supermarket’s tongue-in-cheek spot centres on the School of Christmas, to make sure every last detail of the special day is right. With a splash of humour, the various ‘classes’ include lessons on how to cram a large turkey into an oven, how to untangle fairy lights and how to deliver a delighted reaction to a disappointing gift.

Along with the advert, Lidl has launched a virtual school of Christmas across its digital channels where consumers can go for extra classes and content including tips from its resident chef, Michelin star winner Kevin Love.