Take a look at the 5 most engaging Super Bowl spots according to research from TiVo. 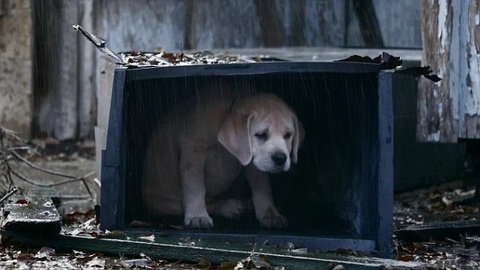 As our Super Bowl post-mortem mentioned last week, the winner of the popular vote was “Lost Dog” by  Anomaly, New York - the all buttons-pushing crowd-pleaser for Budweiser that trotted out yet another puppy this year and of course the signature Clydesdales which come to its rescue when it is attacked by a wolf. What can we say? People love puppies.

Second was the Joyful Heart Foundation’s “911 Delivery” by Grey New York. The PSA addressed domestic violence issues using the audio from a real 911 call over an unsettling film of the after effects of domestic abuse to get its message across. The chilling 60-second version did not run during the Super Bowl, which is a shame after the NFL’s stand on domestic violence has come under scrutiny of late. In the spot viewers see pictures are off the wall as well as poorly patched holes in the wall and dishevelled furniture. A woman dials 911 under the guise of ordering a pizza amid a scene of domestic unrest.

Third was Doritos’ “Middle Seat”. It shows an airline passenger who will do anything to keep the middle seat empty. The ad, created by Scott Zabielski, shows the man clipping his toenails, blowing his nose and flosses, among other off-putting attempts to deter other passengers - until an attractive woman boards the plane, that is. He catches her attention with a bag of Doritos, only to realise she’s with her baby, played by Zabielski’s son. Zabielski’s ad was chosen as the top commercial by voters in the annual Doritos contest landing him the $1-million prize and a job at Universal Pictures; the tortilla chip brand selected the runner-up, “When Pigs Fly.”

Fourth was Nationwide Insurance’s “Invisible Mindy Kaling” from McKinney. The spot edgily suggests that American women with an Indian heritage are ‘invisible’ to their compatriots. However that is soon defused when viewers see the woman in question is comedy actress Mindy Kaling.  A cameo from Matt Damon swiftly puts any seriousness to bed.

A voiceover in the spot explains: “After years of being treated like she was invisible, it occurred to Mindy: she might actually be invisible.” Kaling, tired of being ignored, quickly sets off to do all the things she imagines she could with invisible powers, including shovelling back a tub of ice cream as she walks through a supermarket, sunbathing nude in a park and kissing Matt Damon.

Fifth comes Supercell: Clash of Clans’ “Revenge” from Barton F. Graf 9000. Don't mess with AngryNeeson52. We see Liam Neeson send up his tough guy persona by murmuring threats to other Clash of Clans game players as he plays on a mobile device while also correcting the barista when his name is mispronounced. 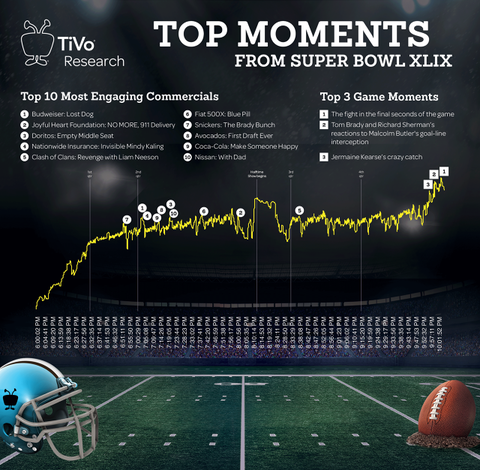