Actor Vinnie Jones returns for the second phase of the “Hands Only CPR” campaign by Grey London for UK charity, the British Heart Foundation. 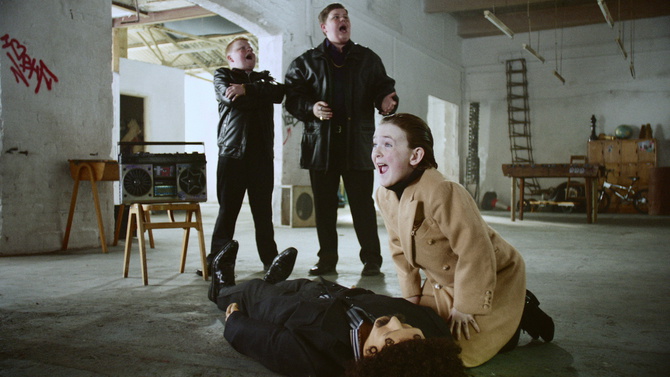 The campaign kicked off earlier this year in a spot where the actor reprised his most recognisable role as a gangster while demonstrating the correct way to carry out cardiopulmonary resuscitation (CPR).

He told viewers to use 'hands only' rather than the kiss of life claiming "you only kiss the missus on the lips". He also demonstrates the correct timing of CPR by following the beat of Stayin’ Alive by the Bee Gees while two heavies wearing leather coats look on.

This time the BHF is armed not just with Vinnie himself and Stayin’ Alive, but the stories of 28 survivors and the brand new “Mini Vinnie” training film to promote Hands-only CPR among the next generation of lifesavers. It continues Grey and the BHF’s strategy of ‘education through comedy’; avoiding traditional shock tactics in favour of a more unconventional approach.

So far, it seems to have worked. The original smashed all targets – having been watched more than 2.8m times on YouTube and saving 28 lives. However, with the UK still facing ‘dire’ cardiac arrest survival rates, where only one in five people survive, the BHF tasked Grey with bringing back the popular campaign.

The campaign comprises a new 40’ TVC – featuring ‘one Vinnie saved earlier’, a real survivor Alan ‘Lucky’ Linton as well as a series of online testimonials with some of the 28 people whose lives have already been saved by the campaign.

“In an industry that measures success by units sold, margins gained or gongs won, it's gobsmacking to actually have this campaign’s successes walking up  to you in the street and shaking you by the hand," says Vicki Maguire, Creative Director, Grey London.