WARHOL SOUP CANS TO MAKE A SPLASH ON SUPERMARKET SHELVES

Campbell’s will pay tribute to Andy Warhol with a series of limited edition soup cans with labels inspired by the artist’s 1962 art. 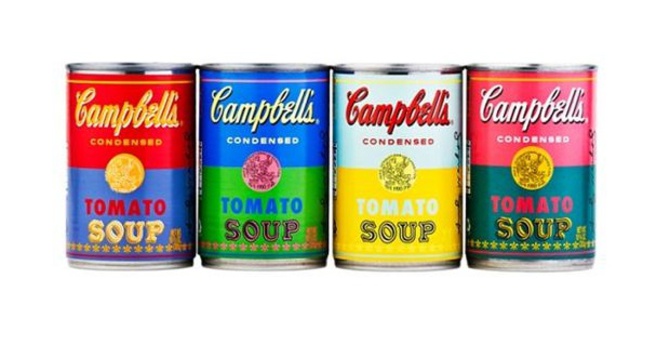 The series has been designed in pop art colours including yellow, white, pink and teal and will launch on 9 September.

When Warhol first exhibited his paintings of Campbell’s Soup Cans in 1962, they were displayed together on shelves, like products in a grocery aisle. At the time, the Campbell’s Soup Company sold 32 soup varieties; each canvas corresponded to a different flavour. 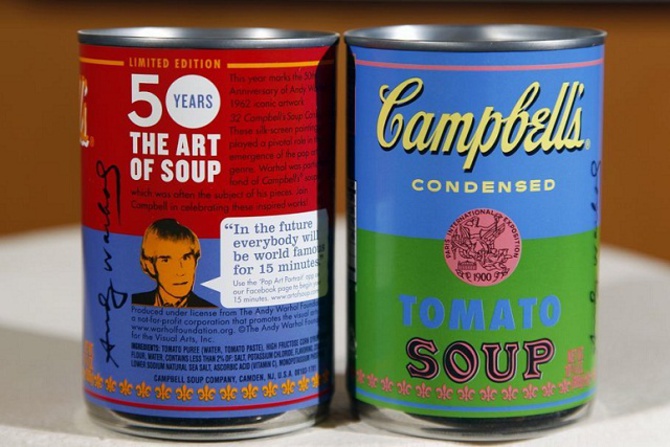 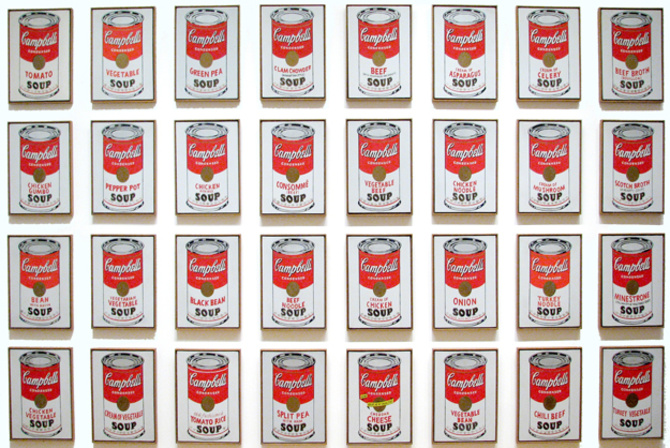 The work reproduced an object of mass consumption in the most literal sense. These paintings were silkscreened, a printmaking method originally invented for commercial use.

Although Campbell’s did not commission Warhol to paint its cans the company went on to become a supporter and established the Andy Warhol Scholarship Fund with the New York Art Academy. Warhol produced the artworks after claiming he had the soup for his lunch for the best part of two decades.

In an interview with Art News in 1963, Warhol said he started painting soup cans “because I used to drink it. I used to have the same lunch every day, for 20 years, I guess, the same thing over and over again. Someone said my life has dominated me; I liked that idea.”

The cans appeared on supermarket shelves in Australia in June 2013. They were first launched in Target stores in the US in September 2012 to commemorate the 50th anniversary of the paintings.

Campbell's also sponsored "Regarding Warhol: Sixty Artists, Fifty Years," an exhibition at the Metropolitan Museum of Art in New York. 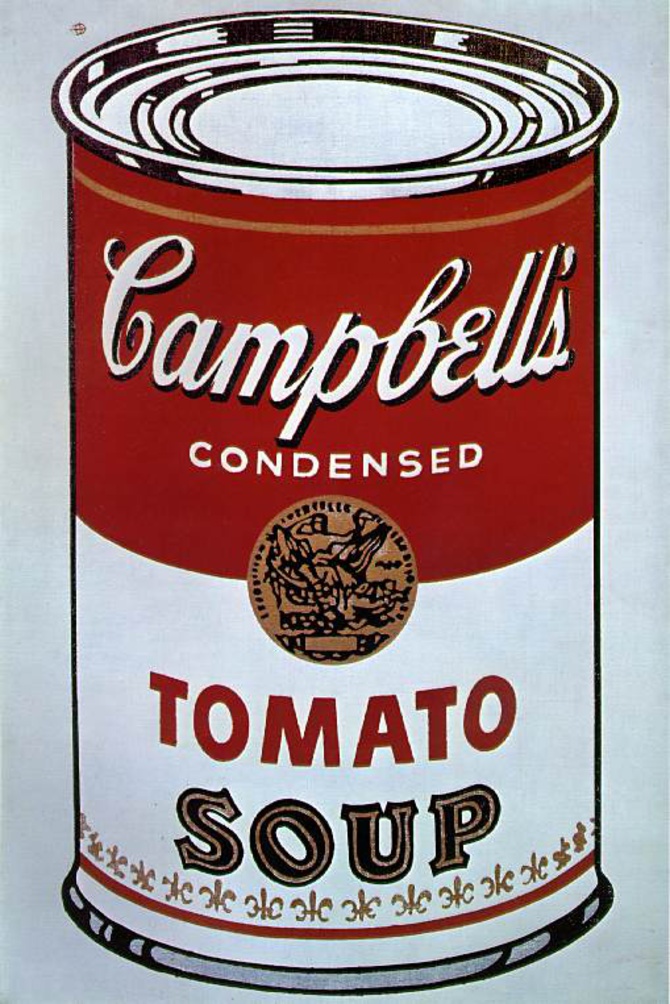