WHAT ASSASSIN'S CREED WOULD LOOK LIKE IN REAL LIFE

This new video takes viewers to the streets of Paris to show us how Assassin's Creed would look in real life. 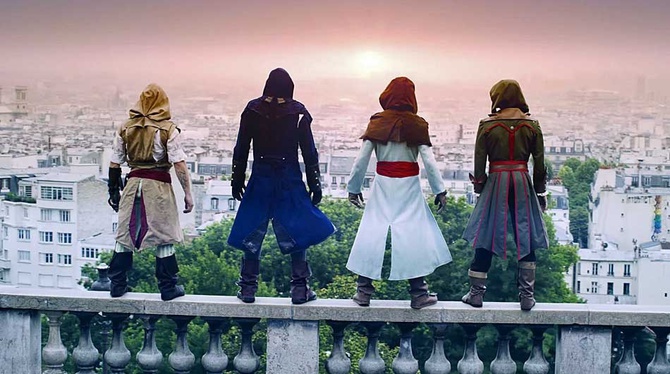 Emulating the quartet shown in the latest version of the game, Assassin's Creed Unity, a costumed parkour team (free runners) chase two 18th-century French soldiers through the city of Paris, simulating the way they would in the game. We see them scaling walls, winding through narrow alleyways and jumping over barriers in the Ubisoft-funded film.

The stunts in the ad have been performed by a team headed by Ronnie Shalvis and the French FreeRun Family (Simon Nogueira, Yoann Leroux, Johan Tonnoir), and for fans who wanted more Assassin’s Creed Parkour, there was even an Assassin’s Creed Experience course at the recent San Diego Comic-Con (it even features Kacy Catanzaro, whose American Ninja Warrior appearance became an internet sensation after she became the first woman to complete the TV show's gruelling assault course).

Filmmaker and YouTube star Devin Graham – who confesses that he’s afraid of heights - took to the streets and rooftops of Paris to recreate the game series’ signature parkour sequences. 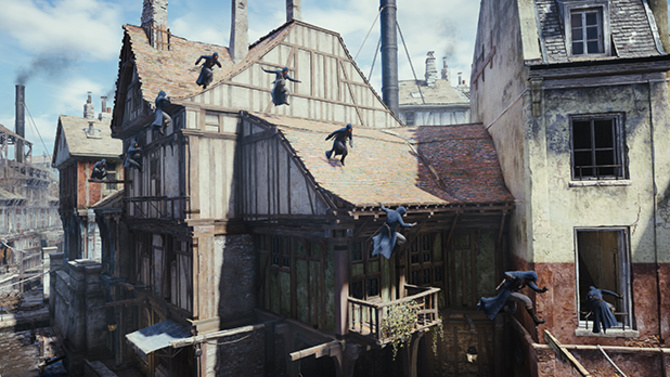 “We wanted to take the game and our video right where the game takes place,” says Devin Graham. “It's a period piece - now we can't set it in that period because there are a lot of modern cars so we decided to embrace that and go with it and add humour to that whole element.”

The crew found themselves dodging security and the police whilst they scrambled up onto buses, the drivers of which were completely oblivious.

“We get kicked out of these videos more than any other videos because we push the limits and they see the cameras and we get kicked out,” says Devin. “And as far as historical sites, we’re actually not climbing on anything like that, so we are being very respectful as far as all that’s concerned.”

The new film has been created to promote the October release of Unity, the latest in the long-running Assassin’s Creed franchise, which will see the action set during the French Revolution.

This is not the first time Devin Graham and his “Team Supertramp” have collaborated with Ubisoft for Assassin’s Creed films. The Unity film is the most ambitious yet as it stars not one but four expert parkourists in a public setting.