A selection of Webby 2015 winners from the Advertising & Media category

The Webby Awards took place this week. Here’s a selection of the People's Choice winners from the Advertising & Media category. 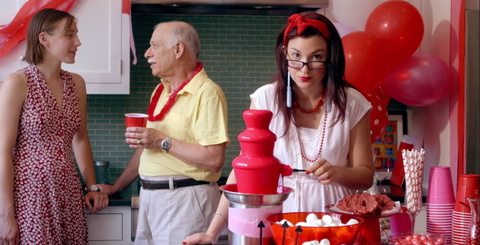 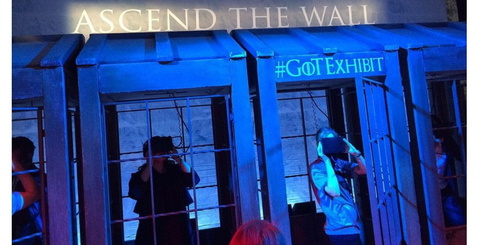 The user was able to climb into the Castle Black Winch Elevator and then ascend ‘The Wall’ - all 700ft of it before seeing a view of ‘The North’ at the top. But of course, there's a huge twist. The experience was built entirely in a realtime game engine for pure 360° immersion and interactivity. "[The experience] is a thrilling new method of storytelling that actually puts you into a household name TV show - Game of Thrones- and begins to change the course of how a narrative experience can be delivered," says Framestore.

"The ability to get near photoreal CGI in game engines continues to motivate Framestore’s digital team, who firmly believe they have hardly scratched the surface of where linear and non-linear storytelling can go next." Watch the BBC report here.

Mercedes-Benz was nominated in the Auto & Auto Services catergory. Although it didn't win, it's an interesting project nonetheless. Builders, painters, engineers, plumbers and gardeners are hard-working folks who often go underappreciated. Mercedes-Benz decided to change that when it began promoting its Vito Edition.

The company, with the help of the N=5 and MediaMonks, created the Heavy Labour Discount, which celebrates those who do manual labour. The more bruised, banged up and blistered the tradesman's hands, the bigger the discount he received.

Potential Vito buyers who think they qualified could scan their hands via webcam, and the “Heavy Labour Discount” app then decided whether or not the labourer was eligible. The level of the discount (up to € 9,000 off) is based on the state of their hands. The People's Voice award went to Land Rover's immersive literary experience "The Vanishing Game" by Y&R NY and Tool of NA, which you can read about here.

AKQA’s “Your Year” was the People’s Voice winner in the Best Use of Data Driven Media category was . Nike+ and the digital wizards teamed up with French illustrator McBess to create charming, personalised animated shorts for over 100,000 Nike+ users which summarise activity over the past 12 months and encourage users to outdo their 2014 accomplishments.

Each film was created using location, weather, activity and individual Nike+ movement data. A wonderful and innovative use of data.

HelloFlo’s “First Moon Party” took the People’s Choice and Webby award in the Branded Content category. It made it into our Spot of the Week series. Written and directed by Jamie McCelland and Pete Marquis, we meet Katie, who has faked her way into the "cherry slush club".

Meanwhile her mother has caught on to the lie so decides to celebrate by throwing her a "First Moon Party", complete with pin the pad on the period, a uterus pinata and a vagician. Hello Flo is a tampon subscription service that delivers monthly one-of-a-kind care packages.

View all winners in the Adveristing & Media category here.