The app that shows you which countries would brutalise and torture you based on your Facebook page. 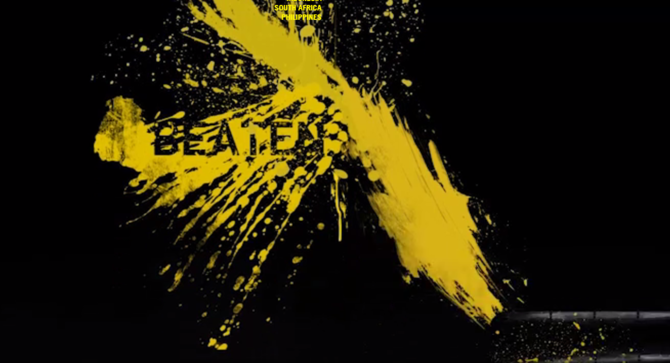 In 2013, New Zealand was named the freest country on earth by the Fraser Institute.

To launch their new positioning - “Protect the Human” - and to raise awareness of their work, Amnesty wanted ordinary New Zealanders to experience what it might be like to live without basic human rights; Facebook posts can get you beaten, tortured or beheaded in the world’s most repressed countries.

Colenso BBDO of Auckland created an app called “Trial by Timeline” which analyses your Facebook activity and lets you know how you might be brutalised in countries that persecute people based on everything from your religious beliefs, sexual orientation or political views.

Before activating the app by pressing the "Sentence me" button, the site ominously warns that "everything you've said or done [will] be used against you."

The app uses online software to scan your Facebook timeline to show you what global crimes you’ve committed by searching for everything you’ve ever liked, posted or written.

It studies your personal profile, age, nationality, relationship status group affiliations and views before virtually sentencing you to punishments which, in some countries, are horrifically real.

Our web editor had a go with a resulting trial summary of 120 convictions for three crimes in 66 countries including being beaten in Maynmar for “peacefully exercising the right to freedom of expression” and being tortured in Turkmenistan and even killed by extremists in Mexico for being “involved with the media”. 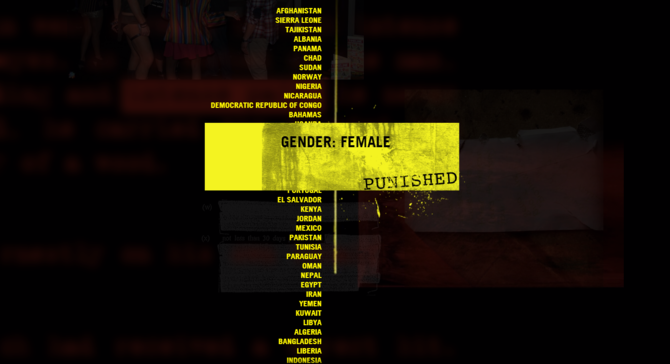 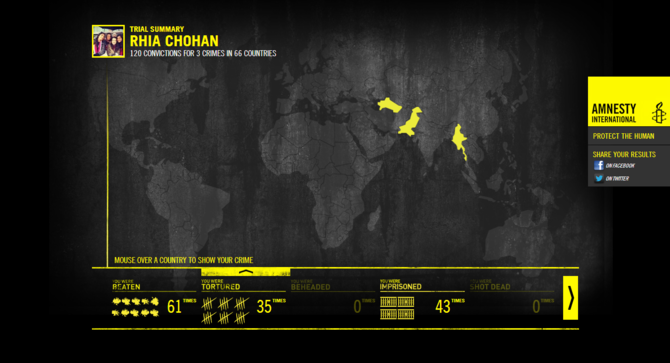 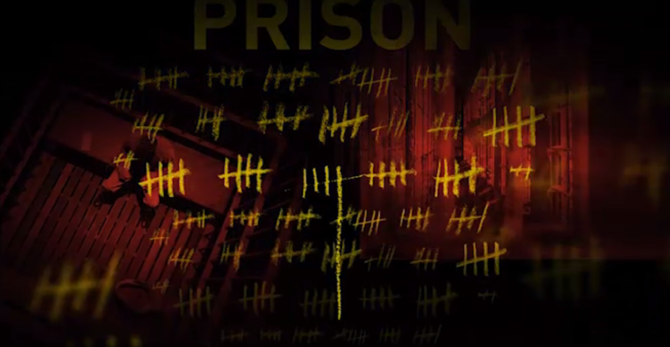