Apple’s poetic-themed “Your Verse” campaign puts the spotlight on the iPad Air. 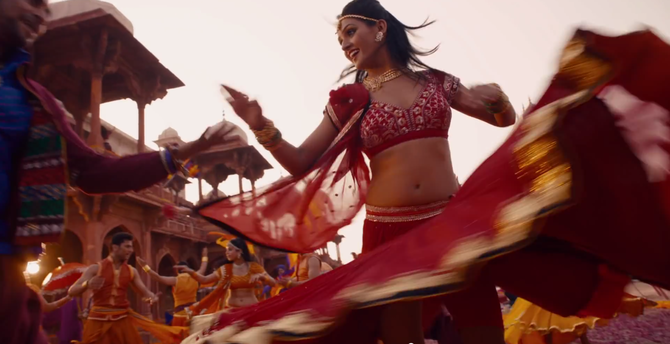 The campaign from TBWA\Media Arts Lab has its own designation website where you can view the television spot, which is set to powerful verses from Dead Poets Society spoken by Robin Williams (Professor John Keating).

The 90-second film spot looks at the myriad of ways that the iPad is used across society and the world today — from exploring, to writing, analysing sports players, engineering, exploring the sea and filming in Bollywood.

Users are then invited to explore more about the stories by scrolling down. For instance, we can go virtually 30m underwater to explore the problems plaguing the planet’s oceans and how an iPad can be customised with the iDive for underwater use.

“The ocean maes up 71 percent of the earth’s surface, yet most of it remains a mystery,” says the site. “With the iDive housing, marine biologist Michael Berumen furthers his research in preserving coral reefs by taking the iPad deep underwater.” 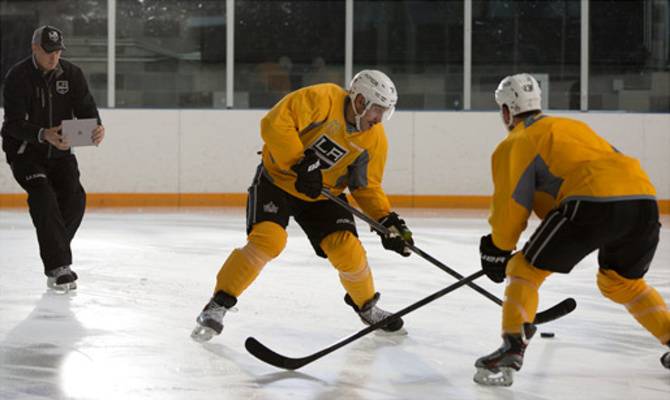 Elsewhere, you can read a story about top Bollywood choreographer Feroz Khan, who uses the iPad in many aspects of his production, and also how the LA Kings coaches use the tablet to train ice hockey players and enhance their game.

“We’re humbled and inspired by what people do with iPad. So we set out to capture some of their stories. What will your verse be?” says Apple on the spot. 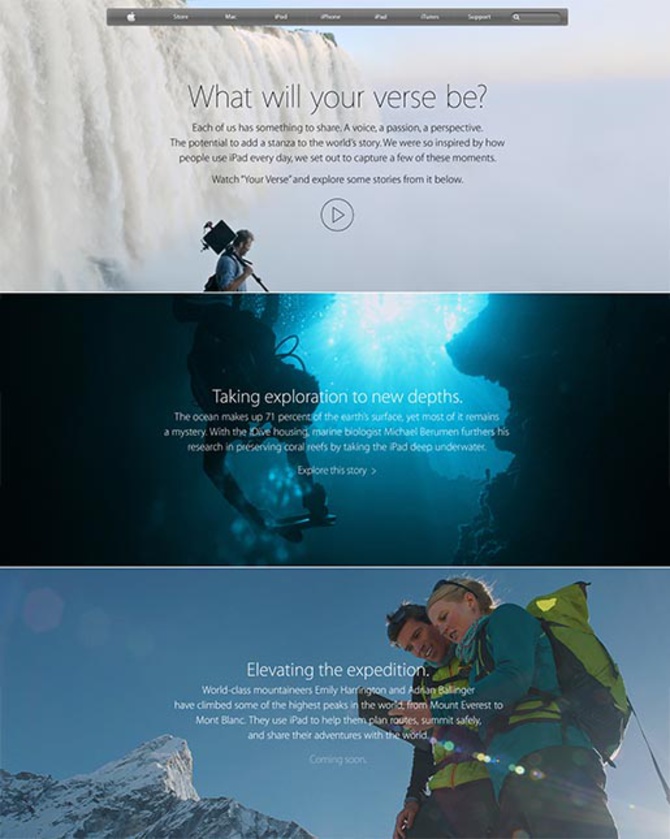