Ever wanted to ride the Millennium Falcon? ANA, the Japanese International airline has collaborated with Star Wars. Agencies Birdman and Neandertal have created an interactive game to celebrate this. 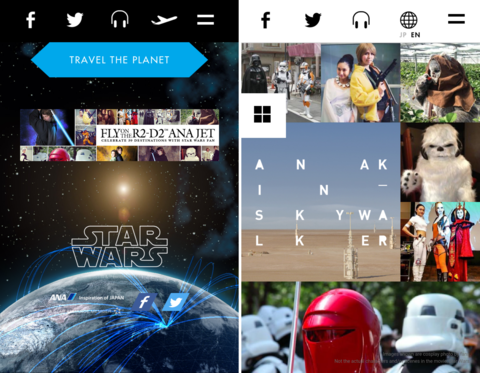 Japanese digital agency, Birdman, has created "ANA Planet" - an online hub for All Nippon Arlines’ collaboration with Star Wars. The interactive site is available in both Japanese and English and when viewed on mobile or desktop, greets visitors with a message “to the travellers of this planet: To soar the skies is to free your mind to wander afar, with new encounters awaiting you beyond the blue horizon. It is the desire that drives us to embark on a journey.

“The reach of an aircraft is nothing when compared to a person’s power to dream. Our hope is to transport you and your dreams to destinations far and wide. We are your wings to 39 cities planet wide. Experience us. We are ANA.” 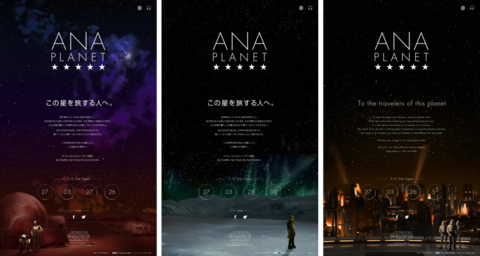 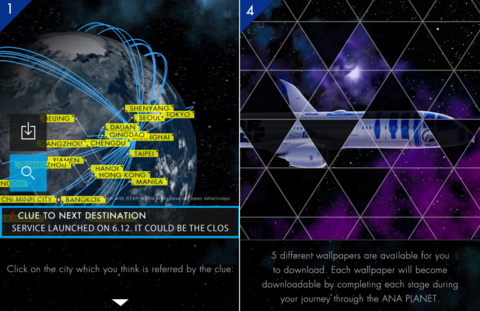 Users are then invited to click the Travel the Planet button, where by solving Star Wars-themed clues, “chosen ones” can navigate through different cities and their time zones, and unlock 37 famous quotes from the film series and eventually 37 Star Wars wallpapers (for e.g. “Space needle” unlocks the next clue at Seattle on the interactive globe). In the process, the airline can flaunt the destinations covered by its routes as well as local time and live weather information. 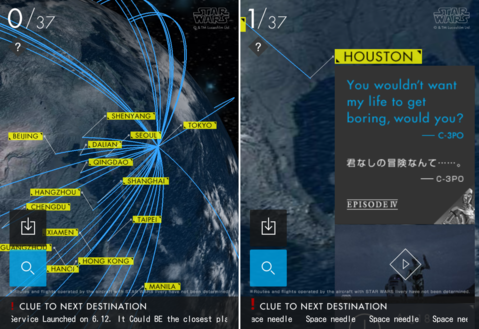 ANA, which is the largest airline in Japan this week announced that it will start flying a Boeing Co. 787 Dreamliner painted with the image of the famous robot on its Tokyo-Vancouver route from October, ahead of the release of the latest Star Wars movie later this year. 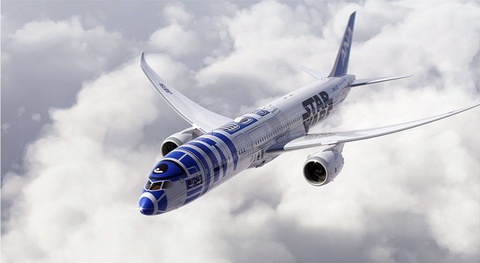 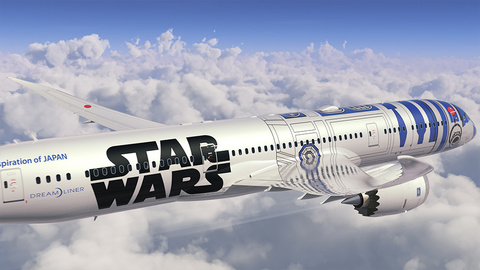 ANA will start flying a Boeing Co. 787 Dreamliner painted with the image of the R2-D2 robot on its Tokyo-Vancouver route from October, ahead of the release of the latest “Star Wars” movie later this year.

According to the carrier, it will also paint another Star Wars character, BB-8, on a 777 serving North America from March, and decorate a third with the franchise’s name to fly domestic routes from November. As well as this, ANA promises to offer the six currently released Star Wars movies on its in-flight entertainment system.

The ANA Planet hub also lets Japanese Star Wars fans fill out an entry form to be in with the chance to fly on the “R2-D2 Ana Jet”. There are 39 places available on the fan appreciation flight, which takes off on Saturday 17 October. It's probably the closest fans will ever get to riding the Millennium Falcon.