Another chance to revisit the festive spots of 2014. 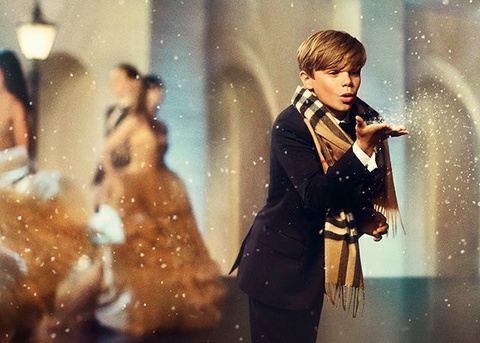 Aldi convinces some suspicious Scandinavians that Aussie Christmas traditions can also be festive. In this spot from BMF Australia, a young man from a small snow-covered Nordic village returns from Australia with unlikely tales of how they celebrate Christmas down under.

In the two-minute film, directed by Glue Society’s Gary Freedman, Johan tells tales of a summer Christmas: including prawns, cricket and surfing (a nod to Aldi’s Santas of 2012) - many of which seem out of place to the somewhat sceptical villagers of Julbacken. As time goes on, the villagers begin to warm to Johan’s new ideas.

Set against a theatrical backdrop of London, the troupe features impeccably dressed female dancers sporting tiered dresses made from tulle and topped with trench capelets, and dapper gentlemen swinging newspapers, bags and umbrellas.

Let’s be honest - this is the one that all Christmas ad fans had been waiting for. Viewers in the UK were being teased with billboards in the London Underground promoting the hashtag #MontythePenguin as well as a ten-second clip of a little penguin looking at some special Christmas lights through a car window.

Also from adam&eveDDB, it follows the journey of a young boy, Sam, and his Adelie penguin friend, Monty. The heartwarmer, directed by Dougal Wilson, is set to the dulcet tones of Tom Odell covering 'Real Love', a Beatles rehash of a John Lennon recording, released as part of the Beatels Anthology in 1995.

Tiffany & Co. turns a winter view of New York into a treasure trove in this animated spot created by by Ogilvy & Mather and Psyop.

The 60-second video imagines New York City as a romantic winter wonderland and features shimmering Tiffany jewels in various scenes along with a Christmas tree in the classic ‘Tiffany Blue’ shade.