This interactive experiment from Reporters Without Borders aims to help users understand how freedom of information is first among freedoms. 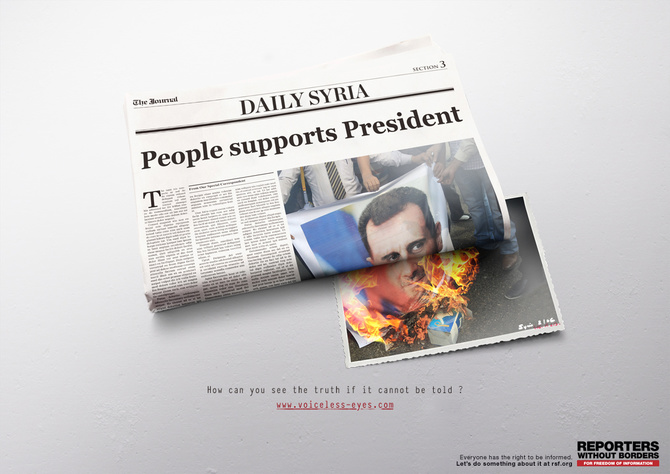 “Voiceless Eyes” was launched by Reporters Without Borders to demonstrate the need for a free press. “How can you see the truth if it cannot be told?” is the project’s tagline.

The “Voiceless Eyes” site uses webcam-activated technology to encourage users to cover and uncover their mouths to become aware of the harsh realities that can go unseen when restrictions are placed on free speech. An alternative version of the site uses the space bar for those without a webcam.

The website shows a montage of powerful images, for instance children in a Philippine slum destroyed by fire or a child soldier, Kalashnikov gun in hand, in a street in Liberia. Users are then told to cover their mouths, the action which is picked up by the webcam. The image and accompanying text is replaced by an alternative, censored version.

According the project at the time of launch, “679 journalists have been killed in the past ten years for trying to inform us. 156 journalists are currently imprisoned worldwide”.

“Without a free press, no campaigning voices can be heard,” says Reporters Without Borders.

“How can we tackle the scourge of child soldiers, fight for women's rights or preserve our environment if journalists are not free to expose abuses? In some countries, torturers halt their contemptible trade as soon as the media start talking about them. In others, corruption wanes when investigative journalists start to take an interest in it.

“How can you learn the truth if no one is allowed to tell it? That is the question being asked by Reporters Without Borders in this interactive experiment, which will allow you, using your webcam, to understand how freedom of information is first among freedoms. This digital operation follows the organisation's previous campaign entitled “Everyone has the right to be informed”. 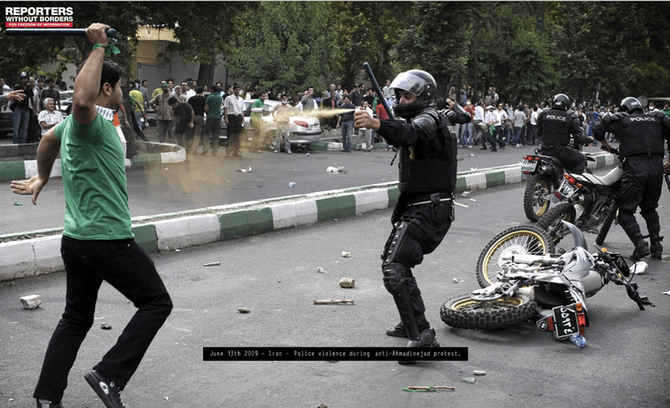 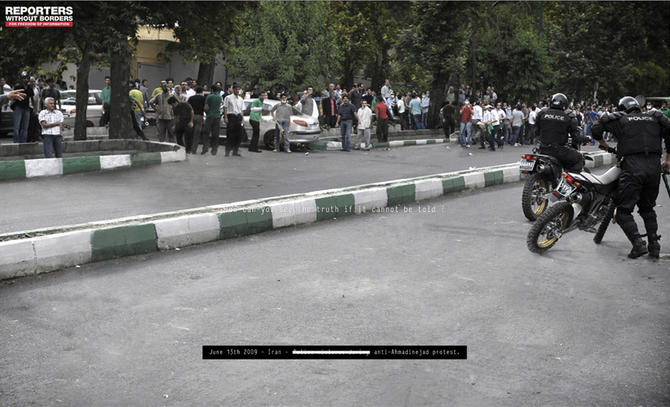