808 Cube combines the Roland 808 drum machine with the Rubik's Cube. 808 Cube is an experiment from the Chrome Cube Lab. Part of a gallery of Chrome Experiments based on the Rubik’s Cube, celebrating the puzzle's 40th anniversary. 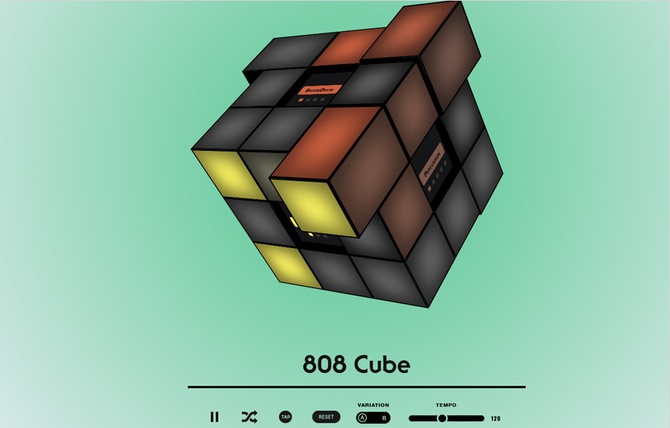 As part of the cube's 40th anniversary, Google Creative Lab has teamed it with the legendary Roland TR-808 drum machine, allowing users to pair the instrument's sounds with each surface of the cube, randomising them with the cube's 43,252,003,274,489,856,000 combinations.

This experiment is a mash up of cultural icons popular in the 1980s, a spin on drum machine step sequencing, and a repurposing of the Rubik’s cube for rhythm exploration.

In 1974, the world gave us one such piece of perfect design—the Rubik's Cube. Budapest-based educator and inventor Ern? Rubik created the puzzle originally to help his students better understand spatial geometry.

Released to the public in the 1980s, it quickly became an international obsession, bigger than hairspray and breakdancing combined. But the Rubik’s Cube is more than just a toy; it’s a puzzle waiting to be solved and a question waiting to be answered.

Over the past 40 years, the cube has puzzled, frustrated, and fascinated so many of us, and has helped spark an interest in math and problem solving in millions of kids. That’s part of why Google was so excited to celebrate its 40th birthday this year.

To begin playing the 808 Cube, users can click on one of the squares which will become coloured and play a drum sound at the designated step. Once you have a beat you can rotate the faces of the cube which will shuffle the drum beat as you would solve a Rubik’s cube. Clicking the “shuffle” button in the nav will put the cube in shuffle mode, creating a continuously changing composition. 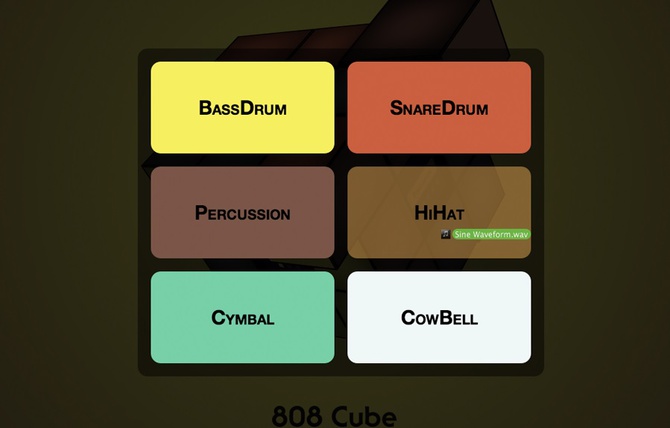