2012 marks Ray-Ban’s 75th anniversary and to celebrate Publicis and Marcel Worldwide created “75-years-long Street”, a virtual street where users can walk back through time. Users can find the anniversary print campaign and discover the true stories of people who inspired the brand philosophy: “Never Hide”. 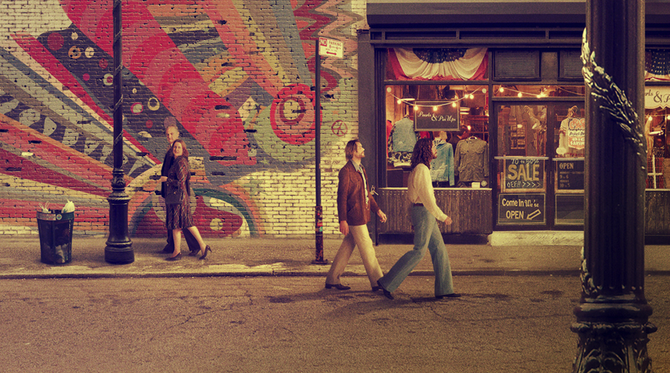 Hybrid and digital production company B-Reel was asked by Marcel Worldwide to create a HTML5 experience as part of Ray-Ban’s “Never Hide” campaign. The brief was to create a street panorama showcasing the eight decades that have passed since Ray-Ban introduced the first pair of anti-glare sunglasses to the world’s best pilots.

Users start out in the years of Ray-Ban’s birth, 1937 and chronologically progress up the street to today. Instagrammers and wearers of the iconic shades will particularly be fans of the site, as characters, costumes, street furniture and photo treatments progressively evolve throughout the decades and, taking the user on an immersive journey in time.

By scrolling back and forth the user is invited to explore the different eras and discover iconic details of each decade.

“To create this fictitious street, we started out from a base of a tremendous library of stills photos taken in New York,” says B-Reel.

“Followed by a two-day shoot of all of the characters, with a great level of attention to detail to be true to the style of each decade. We recreated stores, shop windows and street signs and added time-specific street furniture, cars and characters. After some intense weeks of cutting out, retouching and putting together hundreds of elements, we ended up with a street almost 50,000 pixels long, that spans over 8 decades.”

A slight parallax effect, subtle animations and atmospheric sound design help bring life to the “frozen moment in time” in which the user is travelling. The experience also includes an immersive soundscape, with evolving street sounds for each decade, music and character spot effects.

Throughout the digital street, users can reveal stories of the Ray-Ban Never Hide “Legends" through a series of hotspots. Each decade has a real Legend and tells their true life story, which each inspired the ads which make up the “Never Hide” print campaign (two of which won two Gold Press Lions at the 2012 Cannes Lions festival).

For instance, we are told Taylor Mead’s 1942 story of arriving in New York in as a gay man, singer Norman Blagman’s story of performing in the Bronx in 1956 and Judi Cohen’s account of wearing a mini skirt in the 1960s.

At the end of the street the users are invited to become a Legend by submitting their own ‘Never Hide moment’ stories to a gallery by uploading text, photo and video.

The entire experience was built in HTML5, using cutting-edge canvas techniques to deliver the scrolling parallax experience plus animations, whilst allowing iOS and Android tablet and desktop users alike to enjoy the experience. 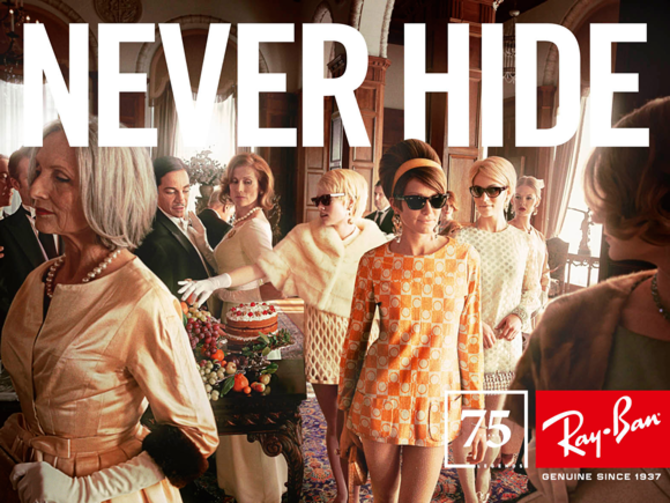 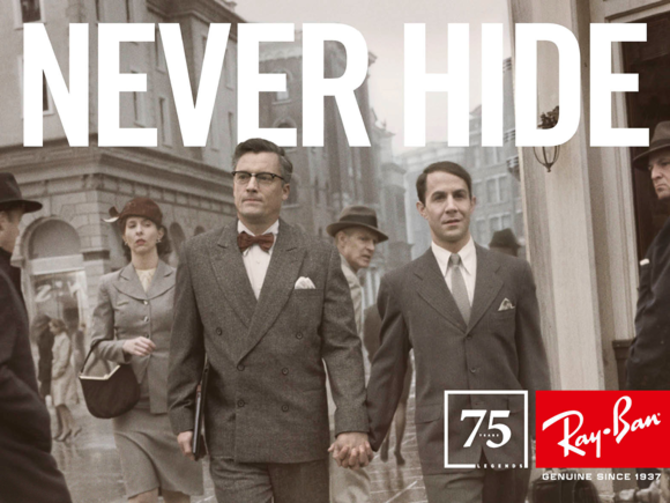