SEE HOW DRAKE STARTED FROM THE BOTTOM

See how rapper and entrepreneur Drake 'started from the bottom' in this website that documents the life and times of Aubrey Drake Graham. 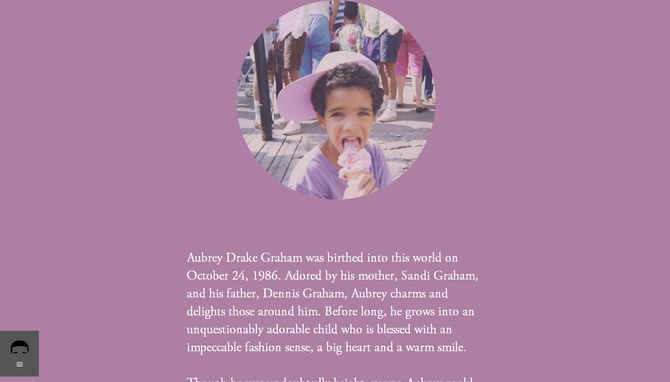 “Started from the Bottom” is a new interactive site which allows visitors to scroll through the life and times of rapper, Drake (Aubrey Drake). The site was created by Toronto-based agency, Pilot Interactive. 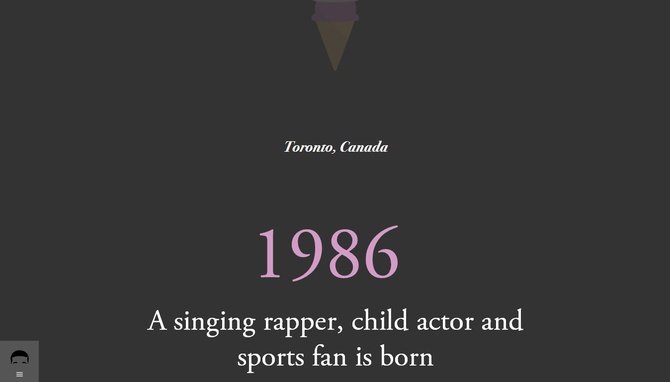 With detailed captions, images and gifs, the site accounts his birth as well as his parents’ divorce after which he and his mother move into a modest rental property in Forest Hill, Toronto.

Contrary to popular belief, he lives in only half of a modest house. “It was not big, it was not luxurious. It was what we could afford.”

“It was cool for me, you know, cause everybody used to be like 'Oh man, you're the furthest thing from hood.”

It's evident that the Forest Hill neighbourhood deeply affected Aubrey—his manners, his politeness, but particularly his sense of interior design. Drake seems to favour a mix of Traditional, Arts and Crafts and English Country décor (with Tuscan leather accents, of course). These styles are also generally favoured among affluent women in their 60s.

You can also download custom-made wallpaper of his iconic hairline and eyebrows.

Visit Started from the Bottom 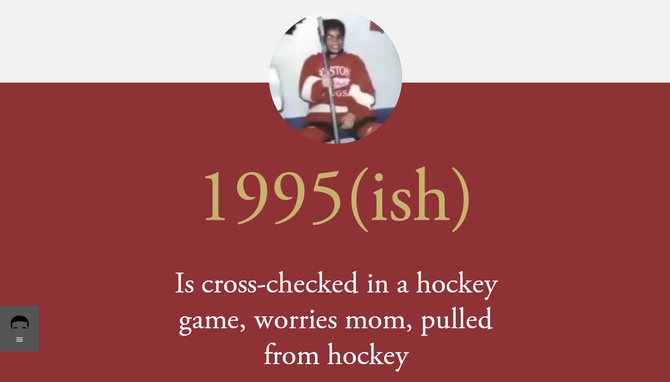 1995(ish): Is cross-checked in a hockey game, worries mom, pulled from hockey Young Aubrey is enrolled in hockey by mom. He assumes the position of right wing and plays for the Weston Red Wings, eventually making it all the way to the Upper Canada College hockey camp where he gets cross-checked in the neck, forcing mom to pull him from the sport. It seems young Aubrey just wasn't meant to be a wingman.

1999: Attends his bar mitzvah, which is later recreated in an alcohol-fueled music video shoot. Aubrey has his bar mitzvah. There are few details of the ceremony; however a clip of young Aubrey dancing, taken from VHS footage, is used as the intro for the music video "HYFR," directed by Director X. This video documents Drake getting re-bar mitzvahed and features Lil Wayne, OB O'Brien (Drake's friend from Hamilton), Birdman and Trey Songz. Director X describes the shoot as "bat-shit crazy."