How Leo Burnett and The SuperGroup hacked 3D technology, making the one-to-one interaction you see on the likes of Star Wars an actual reality.

Leo Burnett, came to The SuperGroup with a technological unique challenge: to develop a pair of interactive machines for Coca-Cola to be deployed across the globe with the express purpose of uniting people in India and Pakistan.

“Our brief was to look for an open-hearted way to share happiness and bring people together. The idea was born to demonstrate that what connects us is stronger than what separates us, so the ‘Small World Machines’ not only needed to be highly interactive, but also truly interpersonal,” says Leo Burnett Sydney CCO, Andy Dilallo.

“The average Pakistani and average Indian has no means of connection. At the heart of the idea was about creating something one-to-one and have them feel like they were actually standing face-to-face on the border; to create a porthole that allowed people to see eye to eye for the first time and be able to touch. Those two elements were paramount to the whole experience.

“Although you see this technology in movies like Star Wars and Minority Report, it didn’t actually exist. Suppliers and tech companies we approached were saying it’s wasn’t possible. They came back with an XBox Kinect style approach which would still leave the viewer 5ft away from the machine.”

It was Atlanta-based digital agency, The SuperGroup, who took on the challenge.

“Why others didn’t think it was possible was because they were looking for already existing pieces of equipment that could do it. We knew we had to work with even consumer-rated equipment but use it in very unique ways to piece a system together,” says founding member, Brad Lewis.

“When you’re in a video chat like Skype, people imagine you’re making eye contact, but the camera’s right above the screen so you’re always distracted. You don’t actually feel connected even though you can see their face.

“The challenges we had to overcome included getting the camera in the right place. It couldn’t just be a camera in front of the screen, because if you moved your hand to ‘touch’ the screen, you would go out of view.

“We had to get the camera behind the machine’s screen so it could literally mimic where the eyes were of the person on the other side. If you were in India, the camera had to be where the Pakistani person’s eyes would be if they were standing inside the machine.

“We had to find a glass that transparent enough to stream sharp images and have live video projected through. Behind the machine is a large projector that streams onto the glass, also doubling up as a touchscreen.

“Once projected, that image is in between the camera and the person in front. So we had to figure out a way to see through that image.  It was our biggest hurdle. That’s why people were saying it wasn’t possible.

“We solved it by using traditional 3D imaging. Active-shutter 3D glasses allow your eyes to effectively see two images at once, which is the very thing that gives the movies you are viewing a 3D quality. This feat is achieved by the lenses of the 3D glasses alternating slightly different images between one eye and the other at a rate of 60 frames per second – so fast that the naked eye does not notice the shift.

“We hijacked this feature and set up our camera and projector to use active shutter 3D in a different way. First, we created software that displayed the full image of the person in front of the machine in only one of the lens of the 3D glasses, while the other lens displayed a blank frame. We then placed the 3D lens with the blank frame over the camera.

“The projector would display both the full and blank images the whole time, but the camera could only see the blank frame, and therefore was able to film the people in front of each machine without picking up the projected image as well. This way, the camera never saw the projector, and vice versa. But the human eye would.

“What this means is not only allowing a beautiful connection to happen, but there are so many applications for it in the future. In the sci-fi movie analogy, where you see people communicating through a screen - that’s now possible.

The team says the technology is not that expensive, depending on whom you buy it from. If that is true, then a patent like this could one day have implications on the way we do business, learn and even connect with family.

“These screens are full bodied, so in a traditional business meeting, you literally feel like you’re in the same room,” adds senior developer, John Preziotti. 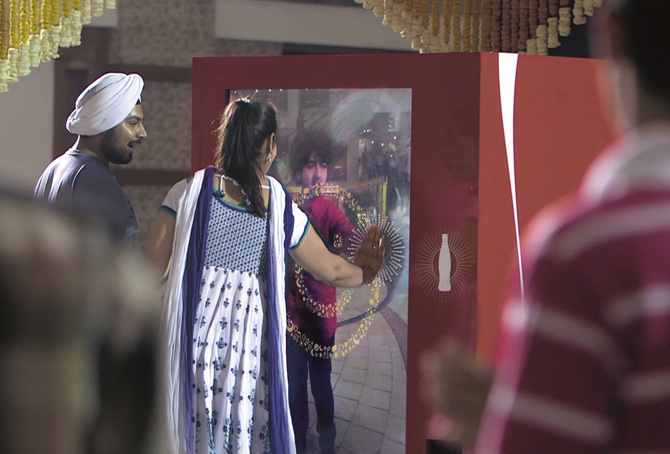 “You can write together on the screen and it looks like you’re writing on the same white board. That has obvious implications for education. A small classroom in rural Kenya could one day host a Cambridge professor. And it’s not just a teleconference - it really looks like you’re in the same room.”

The machines were engineered to withstand the unusual light, weather and transport conditions involved with the project. Each required at least 15Mbp/s bandwidth. In addition to overcoming rolling internet blackouts between India and Pakistan, the team also had to commission a 20+Mbp/s connection in Pakistan – considerably faster than the country’s normal speed of 3.74 Mbp/s. 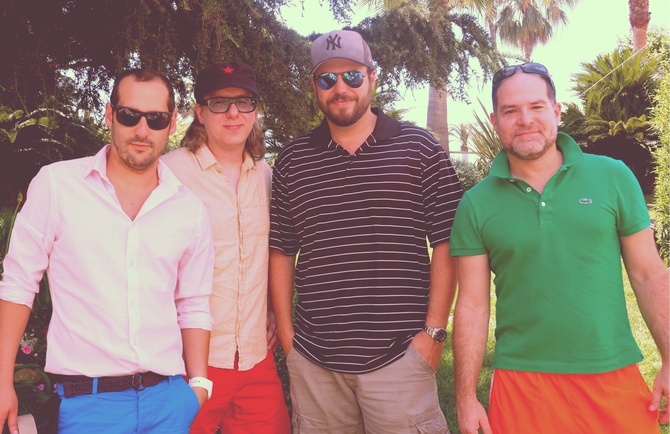 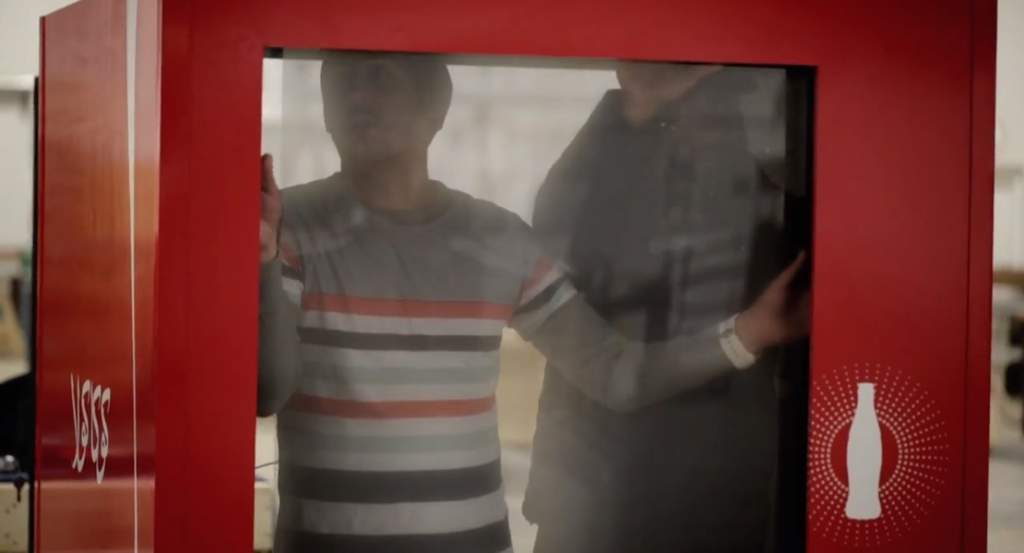 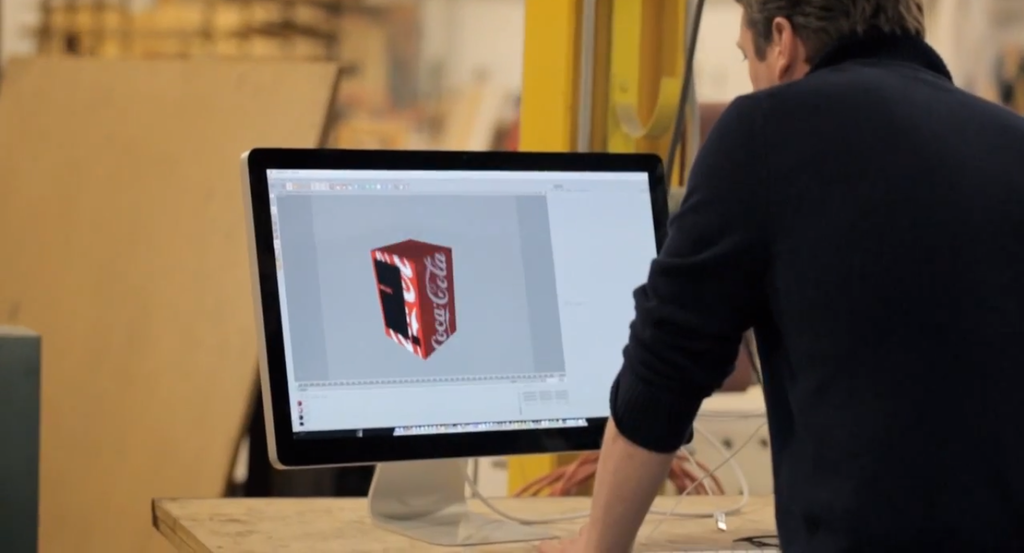 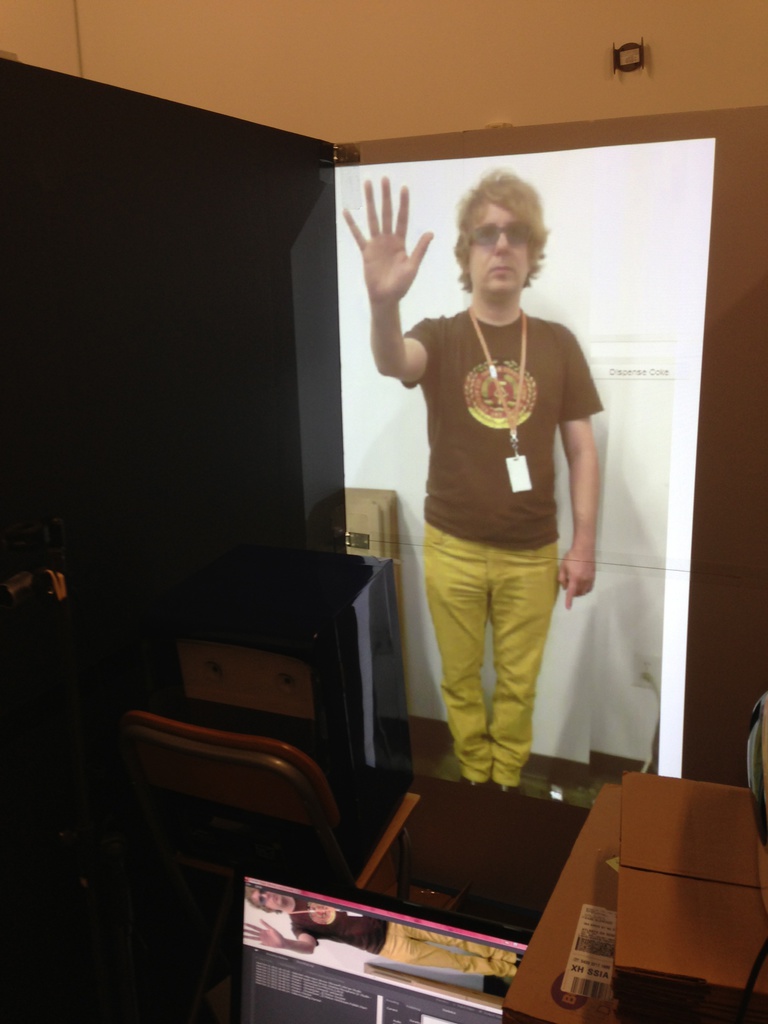 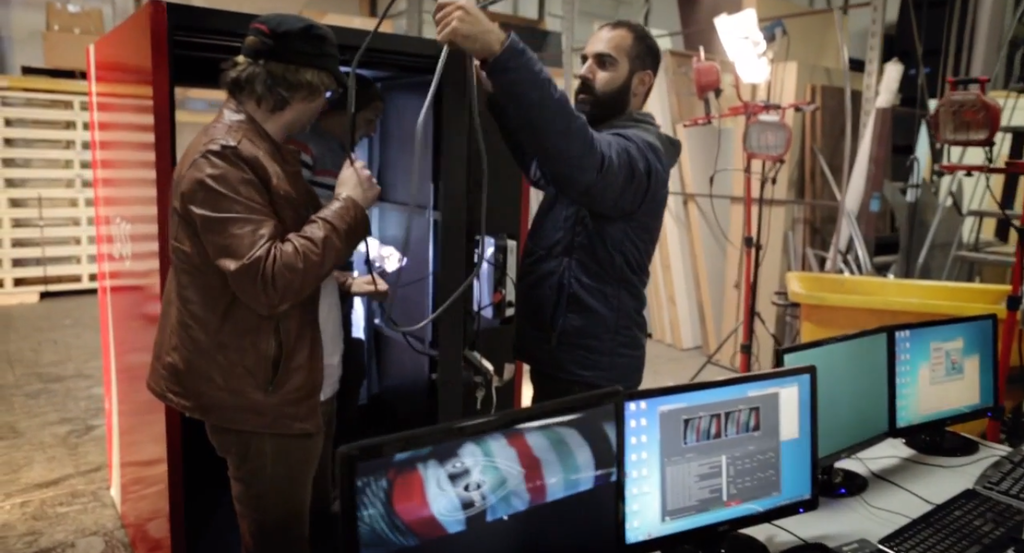 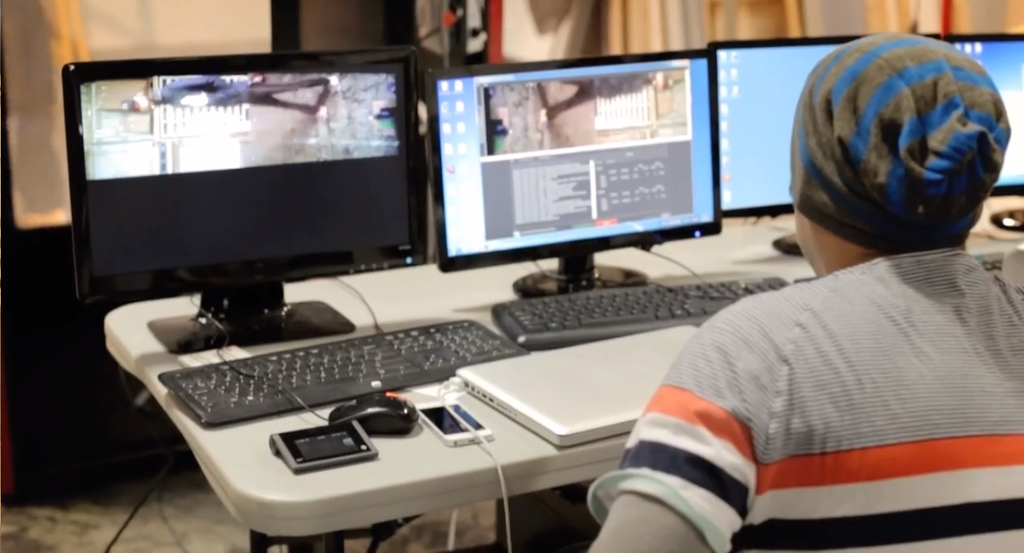 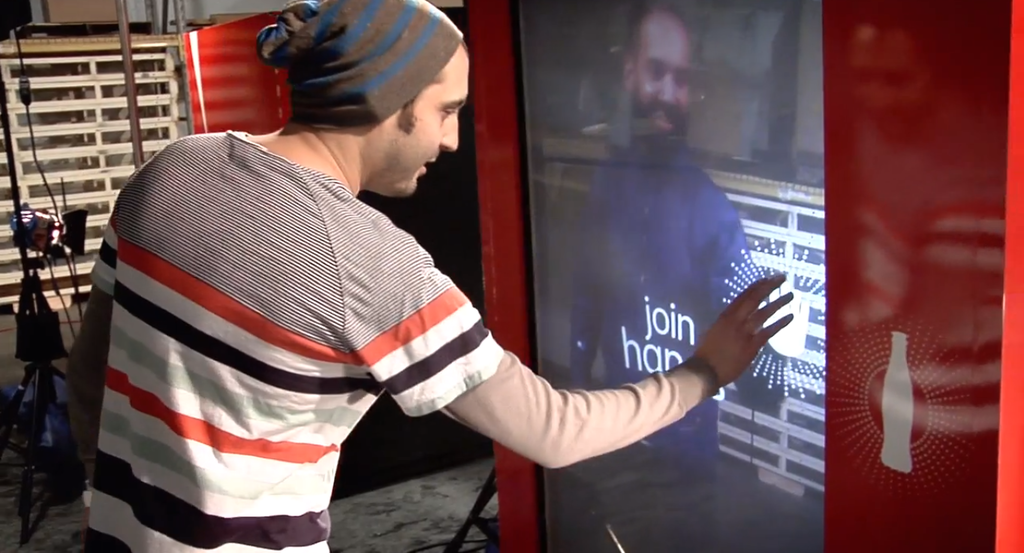 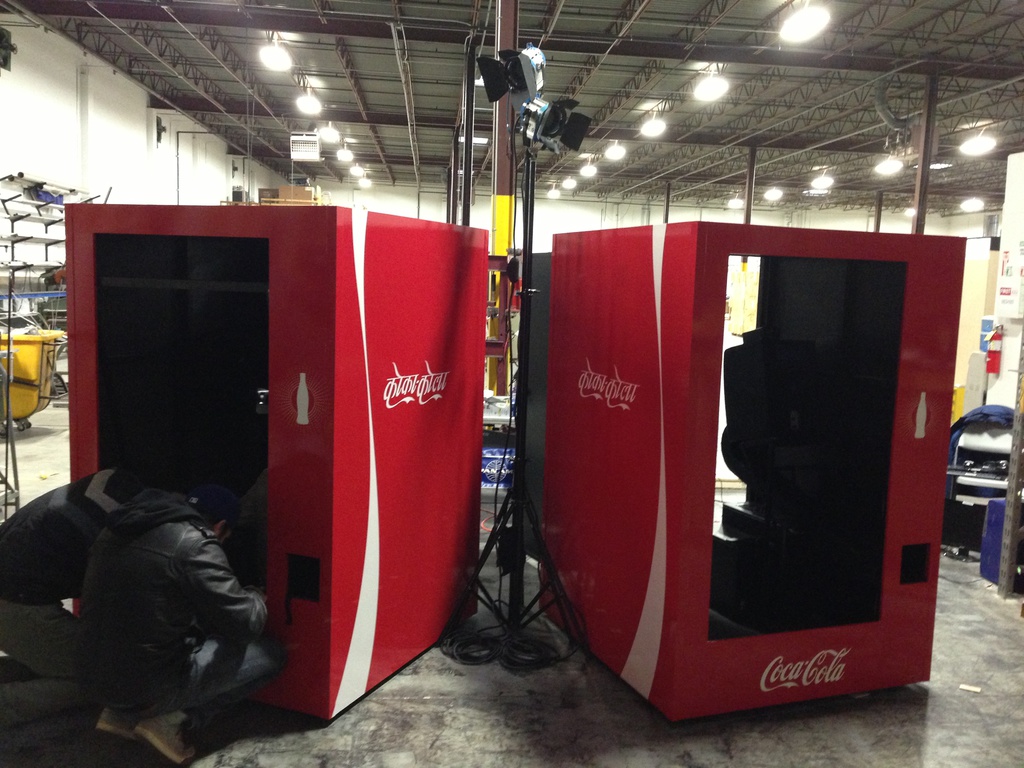 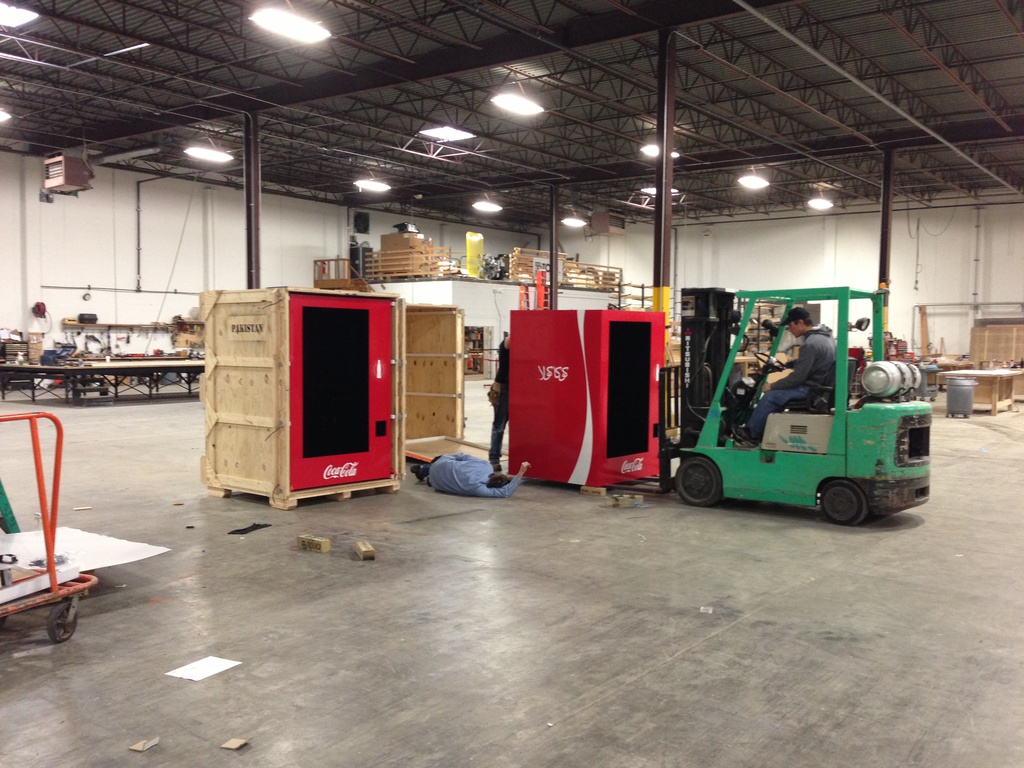