The Trip is a brainchild of the Kissinger Twins and of unit9. The trans-media project consists of an interactive film, a short cinema film, a photography series and a concept album by Smolik.

The Trip is inspired by a real life event. During their holiday, multimedia duo, the Kissinger Twins, randomly met a guy named Jack Torrance. He claimed that he was the mastermind behind ‘the biggest hoax of the 20th century’ – the moon landing. Impressed by his story, the Kissinger Twins decided to make a project about his life, collaborating with unit9 – the creatives behind the interactive Mercedes-Benz “Escape the Map” campaign.

Kasia Kifert and Dawid Marcinkowski make up the Kissinger Twins - a London-based multimedia-duo immersed in photography, interactive films and art direction. They gave some insight to Jack Torrance and the project’s origins:

“We met Jack during our holiday. He was a laid back 80-year-old with an unforgettable voice and wicked sense of humour. We spent an evening together with his wife Alice drinking Blue Moons at a hotel bar. The next day he took us on a ride across Tutuila Island. 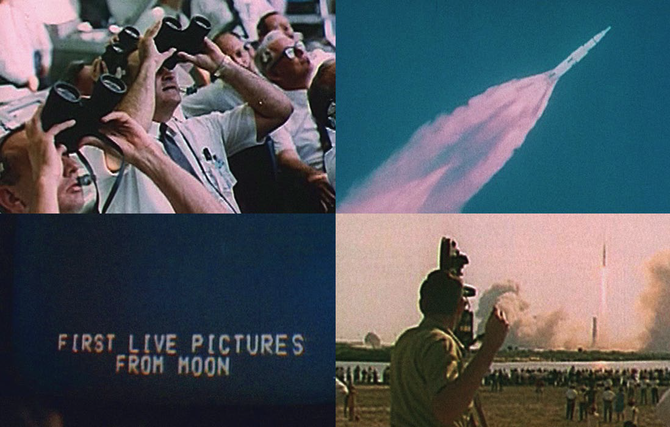 “A passing comment we made about the NASA Mars project annoyed him, and it triggered him to tell us a tale of how the moon landing was fake. His story that day became the story of this movie.

“Listening to him was a bizarre experience. The line between fiction and reality blurred. But the facts and details of his story were logical. As was his critique of modern technology. He told us that he had plans to turn his story into a book, but we never heard from him again.

“So here is The Trip. The story of the man behind the biggest hoax of the XXth century. It's a tale that could easily be the fourth part to Alan Pakula's Conspiracy Trilogy. And Jack... wherever you are now, we hope you are fine and that the 'Powers That Be' leave you alone. This is for you. We did what you asked..."spread this story on fuckin’ iphones, mephones, youphones. Let people know".

The project, which hosts its own website, was developed across multiple devices using the latest HTML5 technology, designed for iPad and desktop with an interactive mobile teaser.

Video: "The Trip" Teaser Trailer by the Kissinger Twins and unit9

“The Trip is an ironic view on technology and media,” says hybrid production company, unit9. The trans-media approach of the project tells Jack Torrance's story in different ways with each of the individual executions designed especially for the media in use.”

The interactive version of The Trip is a road movie consisting of 11 chapters. The project describes it as “an immersive, chill out music experience with strong found footage visuals.”

“Users choose their own pace unveiling Jack's story via tapping or moving the cursor of their mouse. Users can watch the film a couple of times, every time discovering new visuals as one of the first interactive films for the iPad.

“Built in HTML5, the site has been designed to perform smoothly across iPad and Desktop, with special features on Mobile.”

The accompanying ten-minute short film starring American actor Dan Dunlop has a different edit and visuals to the interactive version.

“The rhythm of the narration is built by thrilling performance of Dan as Jack Torrance. It is currently out travelling the globe making appearances at film festivals. A limited special edition is also available on VHS.”

The photographic element consists of a photo series by Kasia Kifert with quotes by Jack Torrance.