Discover the journey of Avril & Darwin

Discover the journey of Avril and Darwin, an interactive story, inspired by the new movie "Avril et le monde Truqué". 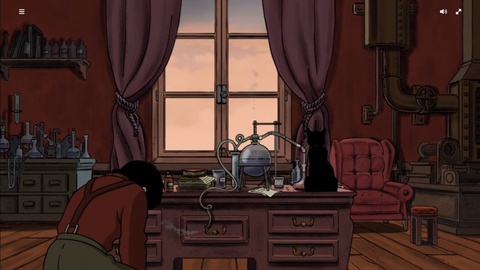 The website is aimed at young people and consists of five chapters in the form of mini-games, where users help Avril and her cat Darwin overcome obstacles.

The 2015 French-Belgian-Canadian animated film, which has been directed by Franck Ekinci, Christian Desmares stars Marion Cotillard in the title role. 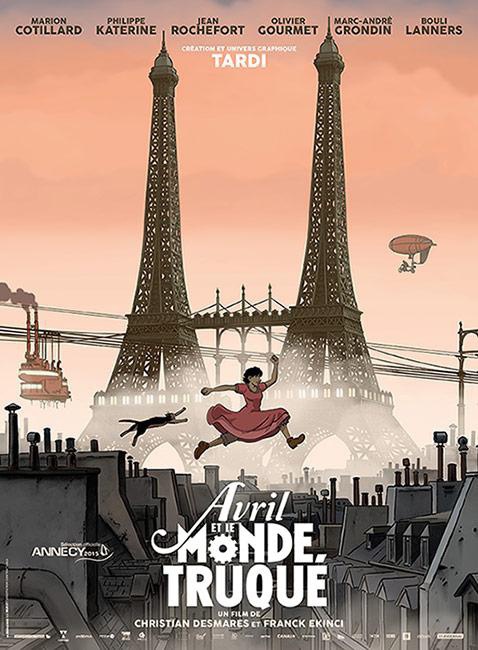 In partnership with Kids Up Hill, this project created by Studio Canal/ARTE /Je Suis Bien Content with the support of CNC, has been specifically created to accompany the wider launch of the film, including a temporary exhibition at the Musée des Arts et Métiers in Paris and a comic about the world in which the picture takes place.

The adventure is set in 1941 Paris, depicted as a gloomy capital flanked by not one but two Eiffel Towers. Napoleon V rules and for the last 70 years, scientists have been mysteriously disappearing, depriving mankind of their inventions. 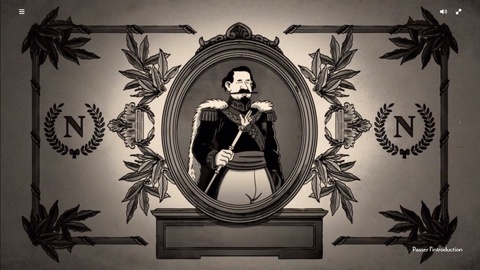 Avril, a teenage girl, goes in search of her parents - two of the missing scientists. The film is an adaptation of the graphic novel from the great comic book artist, Jacques Tardi, based on an idea from the novelist and writer Benjamin Legrand.

The film is old-school in its animation approach with sepia-tones and Tardi has been one of France's leading graphic novelists for several decades, employing a thick ligne claire style heavily influenced by films of the 1930s and 40s, with many stories set within the grim working-class neighborhoods of Paris. He contributed to the ‘steampunk’ aesthetic with his series Adele Blanc-Sec (adapted to the screen by Luc Besson in a busy live-action version). 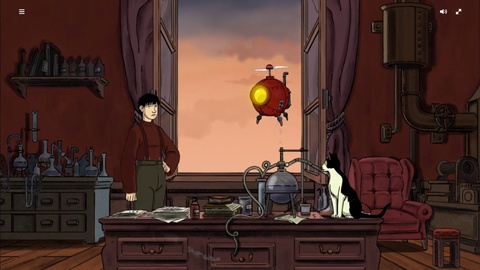 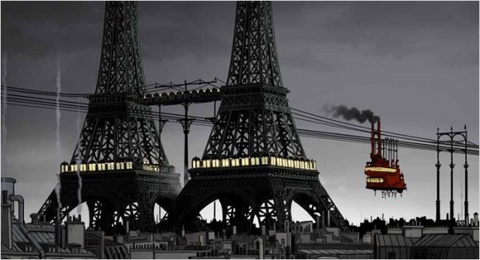 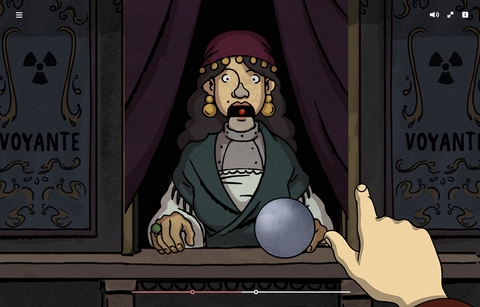 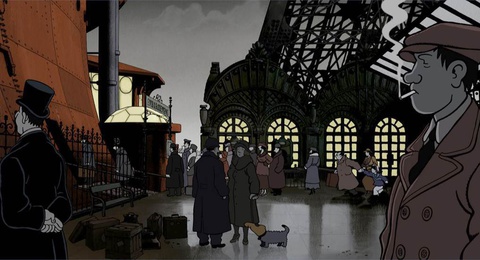 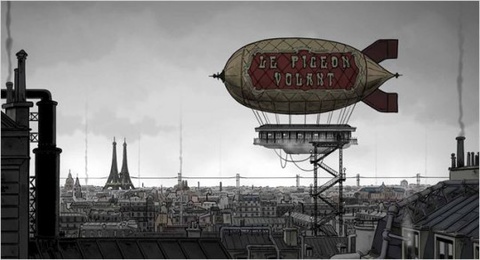