Google collects the biggest online archive of war letters in Russia. The project is fronted by a typographic illustration by Willem Rabe. 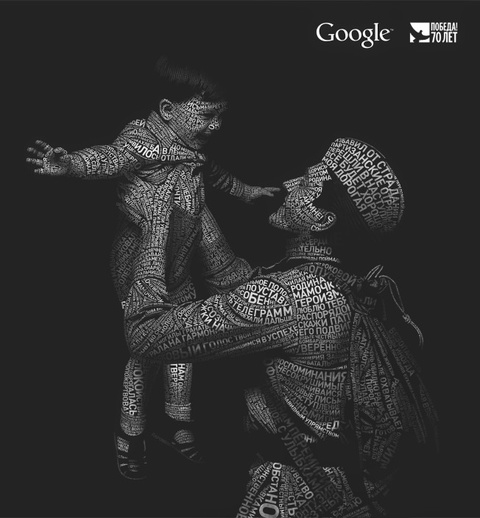 A typographic illustration made up of characters from around 800 documents serves as the interface to the biggest online archive of Russian frontline letters from WWII. The “Living Memory” project was developed by agency Friends Moscow for Google Russia.

Hundreds have submitted postcards and letters from their family archives, and there are contributions from media, private collectors and museums – many of the documents from a national archive non-profit organisation. 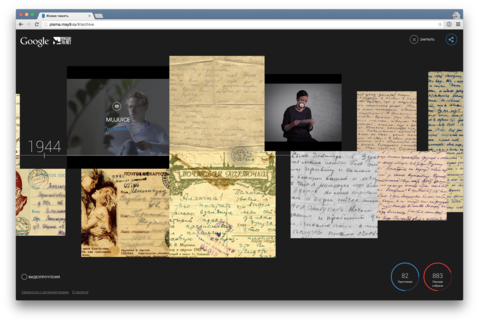 “The Second World War has affected almost every family in Russia,” says Friends Moscow. “We decided to use technology to save those letters, before they are gone forever.”

Artist Willem Rabe was commissioned by Friends Moscow to create the typographic illustration to front the project, which comes about in the 70th year since VE Day. 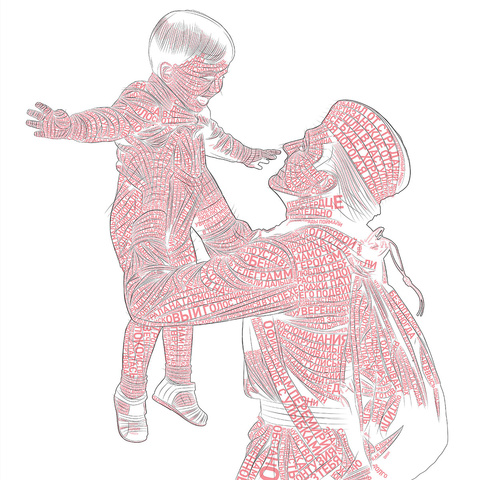 The visual monument consists of 500 words, each of which is "attached" to a document from the archive. As visitors will read letters, words will form an image of a soldier who has returned home from the front, reunited with his son.

“Turning what had been static typeface illustrations into a fully immersive interactive experience was an exciting challenge to me as it required both artistic and technical finesse to yield the results we were aiming for.”

The photoshoot took place in Moscow and Willem had to create a photographic template with a good contrast, balance between large areas and details, and a composition with distinct shapes and lines.

“After receiv­ing the pho­to­graphic data I went to work, first locally adjust­ing the con­trast of the pho­to­graph, then cre­at­ing an intri­cate line draw­ing fea­tur­ing every con­tour, crease, strand of hair and fold within the image,” explains Willem.

“The process took a hefty hun­dred hours and involved a lot of man­ual labour as every let­ter of every term had to be sized, spaced and in some instances rotated to afford the most even over­all appear­ance.

“After com­plet­ing the process and fol­low­ing a strict pro­to­col all the out­lines were con­verted into a machine read­able for­mat and fed into the con­tent man­age­ment sys­tem that pow­ers the inter­ac­tive archive. This allowed us to later assign terms to let­ters that would match contextually.”

Check out the timelapse making-of video from William Rabe:

The website is in Russian, but you can still experience it. Some of the letters received were read out for video by theatre and movie actors, musicians, athletes, TV presenters and politicians. You can view the videos here: turn the subtitles on, and then hit the settings button and translate to your chosen language.