“Inside Abbey Road” lets anyone step inside Abbey Road Studios & follow in the footsteps of musical legends. Explore the rooms, discover stories, historic images and videos, and play with innovative equipment. 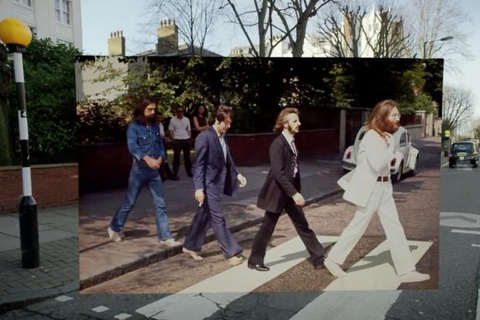 On a leafy street in north London, next to a popular zebra crossing, is one of the world’s most celebrated music landmarks: Abbey Road Studios.

Most people probably associate Abbey Road with the Beatles album of the same name. In fact, the studios have played a role in music history: if you can hum the theme to "Star Wars," "Harry Potter" or "Indiana Jones," or you’ve sung along to tracks by Pink Floyd or Oasis, or even if you own a pair of stereo headphones, then you’ve been impacted by the work of Abbey Road. 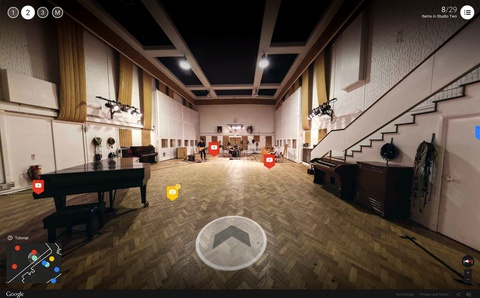 Since opening in 1931, the studios have pushed the boundaries of music and sound, reinventing the recording process at every step. But until now, the famous crossing – where tourists constantly try to recreate that Beatles album cover - was as close as most of us could get to the studios.

Now, for the first time, the doors at Abbey Road are open to everyone. In partnership with Abbey Road Studios, Google Creative Lab and StinkDigital created Inside Abbey Road, an experience that lets fans around the world step inside the studios and explore this renowned institution. 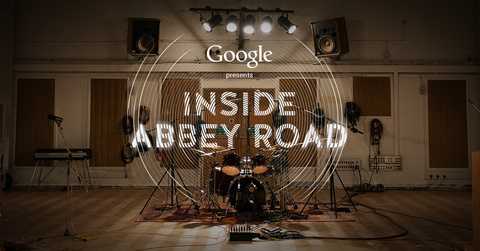 Accessible via desktop, tablet and phone, you can explore every nook and cranny of Abbey Road with more than 150 different 360-degree panoramic images. As you walk through the studios, you’ll see YouTube videos and archival images from Abbey Road’s history—right where they originally happened. You can also play with pioneering equipment in specially designed interactive gadgets, such as the J37 4-track recorder that was used to record the Beatles’ Sgt. Pepper’s Lonely Hearts Club Band.

Throughout the studios you’ll find more than 30 stories, full of anecdotes and facts about the studios, like the story of Abbey Road engineer Alan Blumlein.

“Alan was annoyed after a trip to the movies, because the sound in early cinemas only came from one side of the screen,” explains Tom Seymour, Creative Lead and audiophile at Google Creative Lab London.

“He went on to invent the concept of stereo audio—and sound and screen have matched ever since.”

Or, if you feel like being guided around the studios, there's an audio tour you can join in every studio. 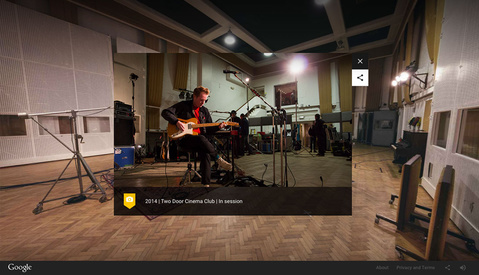 "Narrated by producer Giles Martin, engineer and Head of Audio Products Mirek Stiles, and broadcaster Lauren Laverne, the audio tours let you see the studios through their eyes. Think of it as your own personal tour," adds Tom.

“Inside Abbey Road is part of our broader effort to help people experience worldwide culture and places from wherever they are, whether it’s visiting the Pyramids of Giza in Google Maps or getting up close to the brush strokes of Van Gogh in the Google Art Project.”

“Now, we’re taking you behind the doors of one of the most famous music studios in the world. Take a step Inside Abbey Road and see for yourself.” 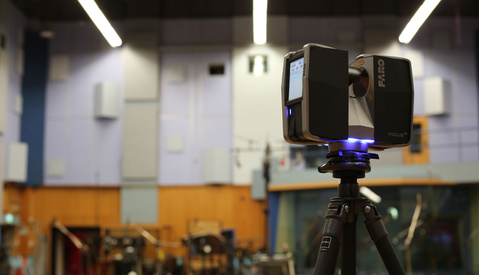 Each studio was recreated with 3D point cloud data from a Lidar scan; a remote sensor that measures distance with a laser and reflected light.

"We had to align these point clouds together to get consistent 3D positions for each panorama. The model for each studio was then simplified into a 3D mesh, before being textured with thousands of high definition images. We used the WebP image format to reduce file-size and improve performance." 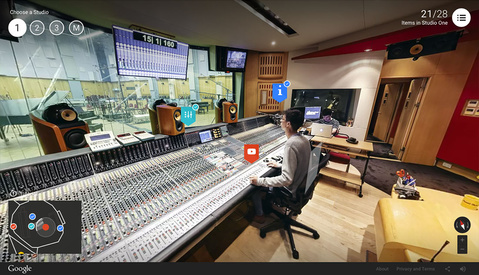 Several panoramas are enhanced with inline video, seamlessly integrated with CSS3 3D. StinkDigital also used Web Audio to position sounds in the 3D space. Everything was re-recorded at specific locations in the building, to accurately replicate reverberation and unique characteristics of each studio.

"We painstakingly researched the history of the studios, interviewing staff and engineers, some of whom have worked at Abbey Road for more than 30 years. Each piece of content was then positioned throughout the studios using a custom CMS," says StinkDigital.

"The CMS allowed images and videos to be positioned in the 3D space, recreating defining moments in the studio's history."