Google attempts to woo ad agencies with Creative Sandbox, a new site designed to be an online hub for inspiring and creative new campaigns. 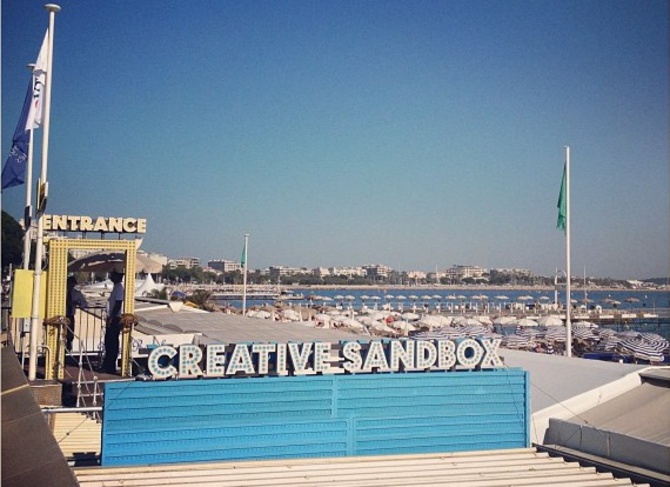 For the past four years, Google has used the “Creative Sandbox” banner to host events, popping up in Shanghai and on the beach at the Cannes International Festival of Creativity. Now the party is moving online with the launch of a virtual gallery to share and showcase new creative work.

This is the first time there is a dedicated place to drop new work and unlike Facebook Studio, the work in Creative Sandbox doesn’t have to be based on any Google technology. The project is essentially a crowd-sourced, social experience designed for exploration and inspiration. Agencies can upload their work to share the building blocks of the technologies and insights behind each project and the creative process.

The work will be graded by visitors (who will also be able to “+1” the projects and share on social media channels such as Twitter) and the top campaigns will rise to the top. Users can rate whether they think the project is “smart”, “fun” or “cool”. Each vote changing the landscape, re-sifting the entries and creating an ever-evolving user experience.

“At Google, we're amazed by how the ad industry is using the digital canvas to bring brands and ideas to life,” says the project's Google+ page.

“So we've created a space where agencies can share their digital campaigns, from across all platforms, that push the boundaries of how technology and creativity work together...and the stories of how those campaigns came to be.”

You won’t be surprised to find that AKQA collaborated with Google to develop the hub for using digital campaigns as case studies. Submissions are accompanied by a short description of the work in four chapters; About (goals, date of launch, region), Building Blocks (underlying technology), Fast Stats, and Team.

Google made a renewed push into display advertising in 2009 and has made several efforts to form better relationships with the ad industry. Earlier in 2012, their Project Re: Brief reinvented classic ads from the 60s and 70s, such as Coca-Cola’s 1971 “Hilltop” campaign for a modern audience in the digital age - working alongside the creators of the original ads.