Google's Mad Men fix for those who are missing the show

Stink Digital and Google ZOO have created an enormous interactive archive of Mad Men history created for Google Play, featuring over 300 pieces of content, some of it never before seen. Take a stroll down Sterling Cooper... 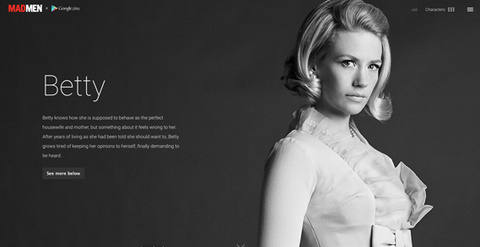 With Mad Men having reached its conclusion, Stink Digital worked with Lions Gate and Google to create an enormous interactive archive of the show’s history. Boasting over 300 pieces of content such as key scenes, stills, storyboards, artwork, cast commentaries and never before seen extras courtesy of Matthew Weiner himself, the site acts both as a primer for the uninitiated as well as a trip down memory lane for diehard fans.

“Even though time was tight, our technical scaffolding for this site was a small story in itself,” explains Stink Digital. 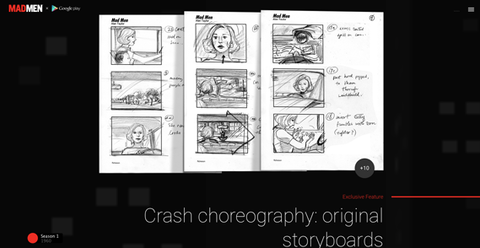 “Every single page here is pre-rendered, which makes the site totally accessible and SEO friendly even without Javascript, and much faster on initial load.

“We also used isomorphic Javascript, meaning we loaded the exact same templates on the front end as on the back end. Rather than building a CMS, we populated content on the site using JSON files, and built logic into the server side so that we could facilitate the generation of 'subcontent' based on the user's context. 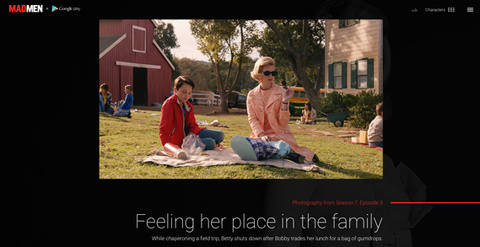 Users can explore the show season by season with key moments provided by embedded YouTube clips plus artwork, photography and commentary from the show's creators. You can also select characters and examine how their character developed throughout the lifespan of the AMC show, as well as explore social and narrative themes such as feminism, the era, music and ambition.

If you’re having a tough time quitting characters like Don Draper, Peggy Olson, Roger Sterling, Pete Campbell and the rest of the gang, there’s no need for cold turkey. Visit the site here - but only after you’ve seen the show, because spoilers are rife. 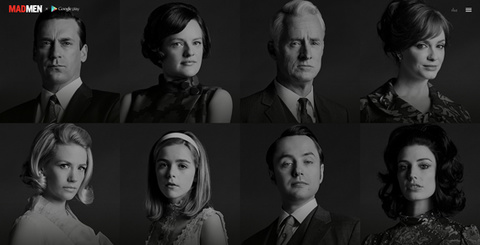