Honda has laid claim to the world’s first ‘never-ending’ YouTube clip with this clever little spot for the CR-V. Set to the hypnotic whistles of Bernard Herrmann's soundtrack for Twisted Nerve, "Endless Road" uses real-time weather data to match where you are on the YouTube platform. 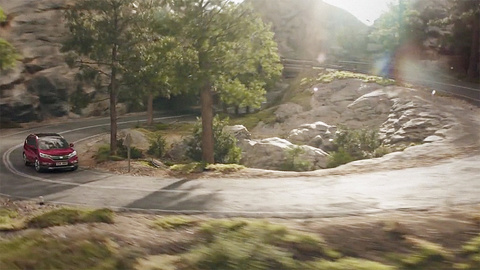 Throughout the film the Honda CR-V is seen chasing a spiralling road that never seems to end, the CR-V moving in Droste effect fashion, through a world within a world. “Endless Road” has a counterpart on YouTube, as the first ‘never-ending’ film on the video platform.

Located on the HondaVideo channel the film will run continuously but with a neat little twist; it’s personalised using real-time data to visually reflect the time of day and weather of your location, wherever you are in the world.

London agency mcgarrybowen’s campaign launches the 2015 Honda CR-V with a pan-European advertising campaign. This is the agency’s third campaign for the Honda CR-V and the direct follow up to Honda “Illusions” - winner of a Gold Lion at the 2013 Cannes Lions.

“The idea behind this piece of work is endlessness, so Honda believes that getting to great things is an ongoing process,” says ECD, Angus Macadam. “And that’s how they got to the new CR-V, so we came up with the idea of a Droste.”

Droste is the effect of a picture appearing within itself, so the appearance is recursive: the smaller version contains an even smaller version of the picture, and so on. Incidentally, the term comes from the world of advertising, named after the image on the tins and boxes of Droste cocoa powder, one of the main Dutch brands, which displayed a nurse carrying a serving tray with a cup of hot chocolate and a box with the same image. 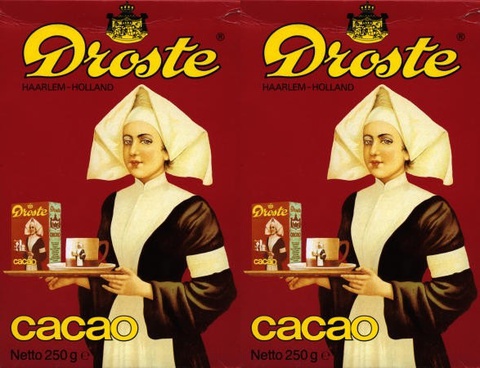 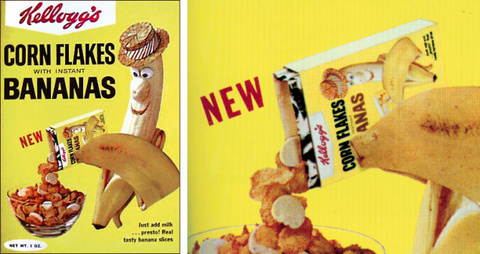 Use of the Droste effect has been popular in food advertising

Honda tried to achieve the effect in 3D. With the real location of Pigtail Bridge in South Dakota impossible to shoot at, the illusion was captured in camera, filmed with a one tenth scale set design crafted by The Magic Camera Company at the iconic Shepperton Studios - the model makers who have worked on the Harry Potter and James Bond films.

The seamless illusion of the pigtail road works because of the geometric logarithm behind what's called "the golden spiral," shifting your view of the scene 180 degrees to reveal a new one.

“The animatic, which went through 126 iterations before they “hit the sweet spot”, became the blueprint for every model made, every camera move, every facet of production design.

“The camera timings and radius of the move were based on and matched to a logarithmic circle, giving constancy. Everything was created from this, from the speed the CG car needed to travel at to hiding blends behind trees and under rocks. It was a real filmmaking ecosystem, from motion control to landscape extension, water, photorealistic cars and a whole bunch of vegetation.”

Kill Bill’s “Twisted Nerve” (originally Bernard Herrmann's soundtrack for Twisted Nerve) was selected as the final track for the film. An indisputable earworm, it perfectly complements the spot’s infectious visuals.

Honda is continuing their innovative use of the YouTube platform after last year’s award-winning "The Other Side" film by Wieden + Kennedy, which allowed the user to switch between parallel storylines at the hit of a key.

“Endless Road” was featured as the Lürzer’s Archive Spot of the Week. You have to be on the YouTube channel to see the never-ending, location-specific version of the film.