Nike and Wieden + Kennedy teamed up with Google for “Phenomenal Shot” to deliver real-time ads that let fans celebrate, remix and share memorable sports moments, seconds after they happened on TV. 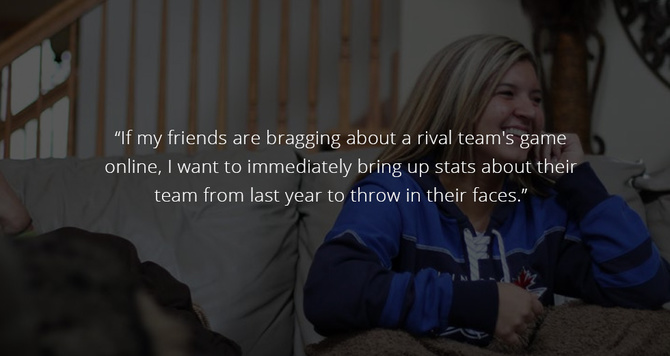 Google’s “Art Copy & Code” project was designed as a series of experiments to re-imagine the future of advertising, and how technology and creativity mesh together to create what’s next.

To deepen engagement with sports fans globally through football players, Google reimagined what real-time advertising could look like and transformed its traditional AdWords platform into a customised, user-friendly system aimed to strategically play ads that correlated with what was going on live, on TV, during a real-time game.

As part of Google’s research, which you can read more about here,they found that watching sports is now a much more active experience because our mobile devices are always within reach.

“Today, 63% of searches during big games happen on mobile devices. In 2010, that figure was only 18%. We've evolved from a passive audience into an active audience; from sit back to lean forward,” says Google.

“Google data shows that searches spike after major moments, as fans turn to their second screens to find stats, share the rush of the big plays and relive the glory. "Did you see that?" is the real-time currency of the web.”

Through a specially designed, real-time delivery tool, immersive 3D display ads appeared across the desktop and mobile sites and apps in the Google Display Network within seconds of an event happening on TV. The creative was customised based on the Nike athlete's phenomenal play happening on TV. Nike “Phenomenal Shot” can be experienced on a phone via riskeverything.nike.com on mobile browser.

The mobile technology used allowed fans to hold the camera and control the angle in a 3D world.

Phenomenal Shot is optimised for a rich mobile experience. HTML5 and JavaScript work together with the phone's gyroscope and compass data to determine the athlete's position in 3D space. Fans can span 360° around a Nike athlete by tilting and panning their mobile device. The entire WebGL experience happens within the mobile browser, without the need to download an app.

Fans were prompted and able to panoramically span 360-degrees around a player of their choice, capture their own shot, and add their own custom message and graphics to share with others around the world.