How technology is helping to unlock Shakespeare

Daunted by Shakespeare? There’s an app for that: How technology is helping to unlock the Bard's work. 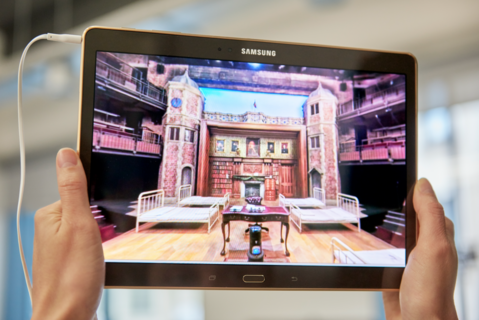 The Royal Shakespeare Company worked with ad agency Cheil and Unit9 to create the app. Purists need not read any further, as it features famous actors, a rapper and a beatboxer to bring Shakespeare to life for 11-18 year olds. “RE:Shakespeare” was created with the help of Unit9 and also features interactive games and videos and hosted by RSC ambassador, David Tennant. It also features actress Tamsin Greig, beatbox artist Shlomo, rapper and poet Akala, and RSC director, Iqbal Khan.

“RE:Shakespeare” allows users to star in their own Dubsmash-style music video and mix the beat boxer Shlomo with Shakespeare to create their own track. It also gives them a chance to perform on a virtual stage and watch a 360-degree immersive video, shot on the Royal Shakespeare Theatre stage in Stratford-upon-Avon. Targeting the 3 million pupils that study Shakespeare across the UK each year, RE:Shakespeare is available to free download across selected Android devices via Google Play.

The app has been developed to make full use of smartphone features, engaging users via three interactive sessions – Play, Practice and Perform – each designed to encourage a particular type of learning

The “Play” element aims to tackle Shakespeare head on. Music and rhyme take centre stage through a series of three immersive games. Users lip sync their favourite lines with poet Indigo, star in a Dubsmash style music video, and mix the beat boxer Shlomo with Shakespeare to create their own track. 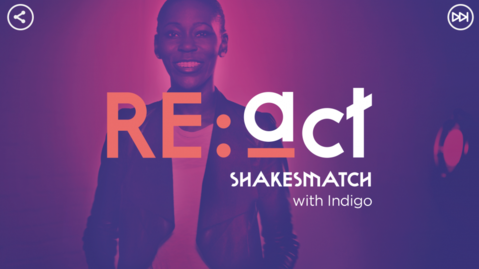 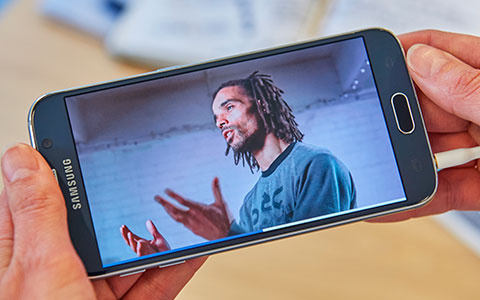 “Practice” enables young people really get to grips with the ‘what, why and how’ of Shakespeare’s language. Actress Tamsin Greig and RSC voice coach Nia Lynn, together with RSC director Iqbal Khan, provide top tips to help students deliver Shakespeare’s lines. 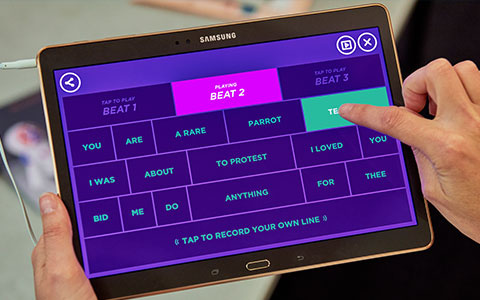 “Perform” provides the user with the chance to perform on a virtual stage in first-person, opposite an RSC actor, thanks to unique video content shot at the RSC.

“Working with the RSC and the team at Cheil was a fantastic collaboration, and a real process of discovery,” said film director Anrick Bregman of the project. “I think everyone involved learned something new about the power of Shakespeare’s words, and how relevant they still are. It was an exciting challenge to translate the world of Shakespeare for today’s teens, which we did using new forms of storytelling, thanks to groundbreaking technology.” 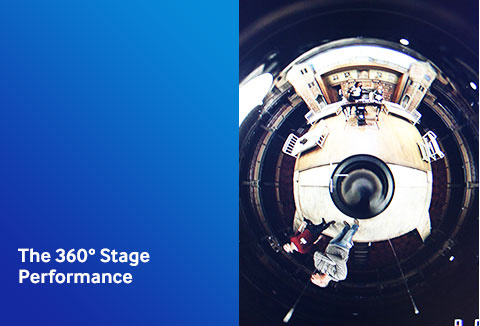 The 360° video element was filmed with a Red Dragon rig, as well as GoPros for extra coverage.

“We wanted to create a VR capable experience that allowed for as much immersion as possible,” explained Unit9. “This allowed us to place Shakespeare in the context of modern interactive storytelling.”

“The post-production aspect brought its own challenges as basic software for 360 degree production doesn’t exist yet. Coping with rotoscoping, colour-grading or tracking in 360° footage quickly becomes complicated. 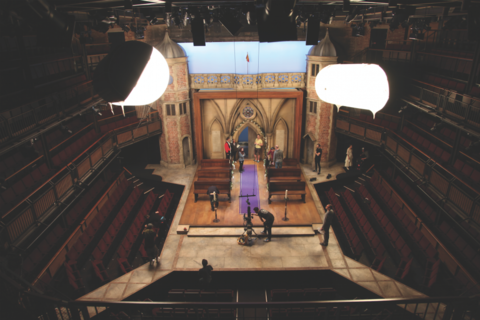 “Since such a camera captures the entire surrounding areas, we had to edit out massive lights present in the shots and also had to ensure that no one except for the actors – not even the director – were on stage when filming was going on. The crew had to make themselves invisible, often by hiding behind chairs, as soon as the camera was rolling.

“For the final performance which users take part in during the last stage of the app, we filmed the same scene twice, each time from the point of view of one of the actors, so that someone interacting with the app could embody the character and feel as though they were actually performing on stage. This was quite tricky for the actors, as they were alone on stage and had to pretend they were interacting with someone.

Unit9 also explained how code was key when developing the app.

“Coding multiple games, using a visual form of interactive storytelling that needs to also be quick and fast and intuitive – it’s not just a design and user experience challenge.

“Most of the tech challenges related to the app had to do with memory consumption issues. We had to make sure that, despite being so video-heavy, the app didn’t lag. We optimised file encodings many times throughout the process and used a library made by Square to track whether there were any ‘memory leaks’.

“We compressed all of the files into one large expansion file so that the app could still be downloaded by the Android Play Store, which only allows app to be 30 MB or less. Users downloaded the expansion file, which loaded the splash page once the app was opened, but users then had to separately download the rest of the content – over 600 MB’s worth! For how large the app is, it works very smoothly.”