IKEA DABBLES WITH TIME TRAVEL AND AN INTERACTIVE CATALOGUE

Ikea’s interactive film shows the start of a typical Scandanavian family’s day and allows the viewer to pause at any time, diving into one of its many ‘rabbit holes’. Plus, Forsman & Bodenfors helps the brand dabble with time travel. 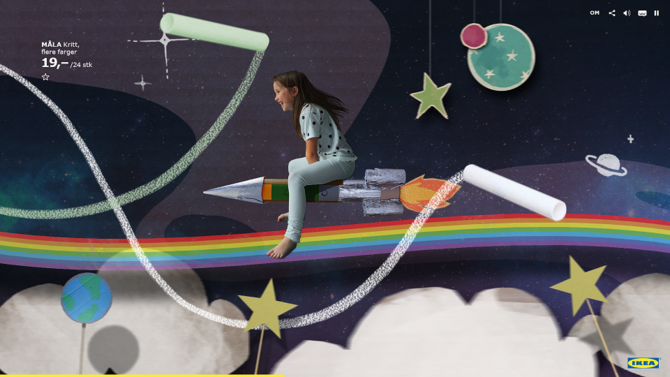 The “Where Good Days Start” film was created by Norwegian agency SMFB and directed and produced by MediaMonks, and is the first Ikea Catalogue that can be explored through a story and stars a typical family and their morning routine.

The film follows the members of a young Scandinavian family (you know, the kind you find in the catalogue) – the Eriksons and lets you see how each of them gets ready for their day. It is loaded with ‘rabbit holes’ – extra scenes, content and products that can be discovered by interacting with the story with the space bar. 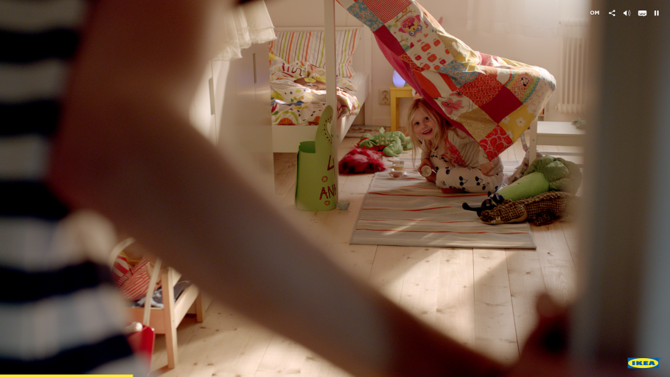 “The idea was to surprise viewers throughout the film,” said MediaMonks interactive director, Jeroen van der Meer, who collaborated with film director Tom Rijpert on the project. “With a score of extra content, you can diverge from the main storyline at any point during the film to learn more about the featured family members and products in short, interactive scenes.”

Alexander Gjersøe, creative at SMFB said: “‘Where Good Days Start’ celebrates the ordinary – the rituals we all recognise and live – to make for a story that everyone can relate to. 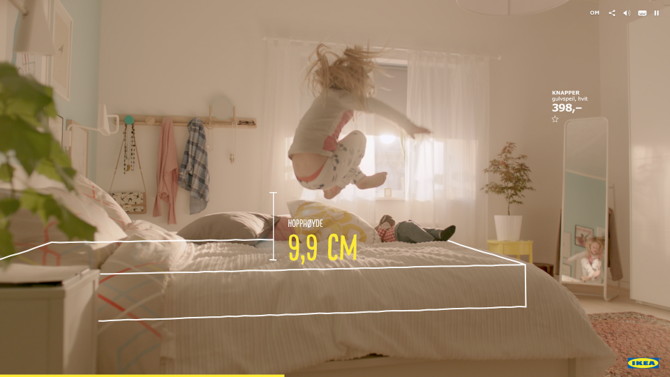 "IKEA knows life at home like no other, and the start of the day is the most important part of it. This campaign isn’t so much about the latest Ikea products but about the role these products play in our lives.”

The film is the centrepiece of an integrated campaign that celebrates the start of the day.

The home brand is also presenting “The Time Travel Experiment”, which is from Forsman & Bodenfors (of “Epic Split” fame). It collaborated with world-renowned hypnotist Justin Tranz to help young couples experience their products and solutions, in the future.

Tranz, with over 6,000 stage shows in Vegas on his resume, quickly turned the Ikea bedrooms and bathrooms into a stage  and passers by into a stunned audience.

After putting willing couples in to a trance, a state of sleepwalking where people are more open for suggestion, they were exposed to potential life-changing everydayevents in a predicted future everyday life. The question is - it is real?

The release of the films supports the global launch of the new Ikea catalogue and this year’s theme – “Where The Everyday Begins & Ends”. The central premise focuses on bed and bathroom solutions, rooms Ikea is paying extra attention to this year.