Collective London was given a brief to generate buzz and pre-orders for the launch of Sony PS4’s game Infamous: Second Son. They created a dual-screen experience which turned gamers' mobiles into deadly weapons. 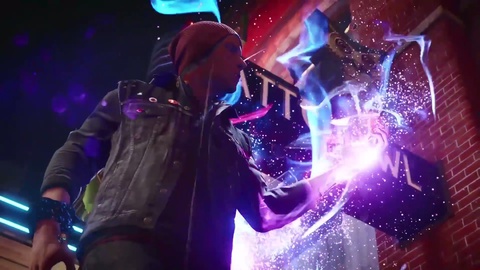 The idea behind Collective London’s digital campaign for Infamous: Second Son was to invite gamers to blow up a real-world, scale miniature checkpoint from the game, using mobile to unleash their powers at a desktop screen.

The agency has worked with Sony Computer Entertainment Europe to launch key PlayStation titles across multiple European markets. Recently, they were asked to create a way of engaging players with the themes of the epic PlayStation 4 game, generating buzz and pre-orders in the run-up to launch.

The theme of the game was “Enjoy your power”, but Collective discovered that players didn’t just want to passively hear about this ‘power’ — they wanted to experience it for themselves.

“We created a dual-screen experience that allowed users to revel in their destructive powers by using them in real-world Seattle,” says Collective. 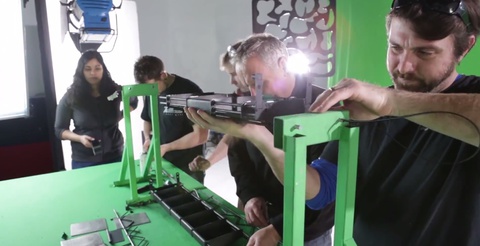 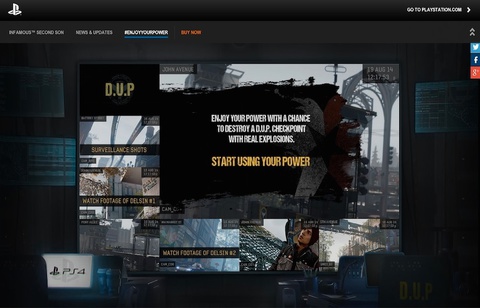 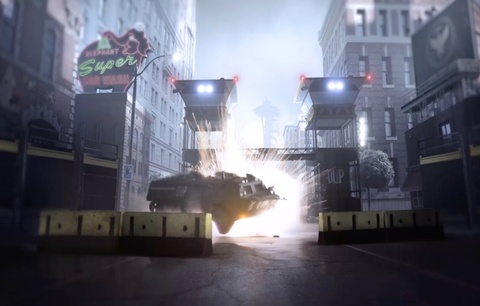 “Working with expert model-makers, we created a scale miniature of a real-life checkpoint from the game, complete with real buildings, vehicles and street furniture. Then, as the cameras rolled, we used real explosives to spectacularly raze it to the ground.”

The footage was used to make an interactive experience which transformed gamers’ mobiles into deadly weapons, firing smoke grenades and neon blasts that destroyed the D.U.P. checkpoint on their desktop screen.

The experience was localised and rolled out across 24 European territories and Collective claims that the digital campaign helped result in a million game sales over a period of nine days.