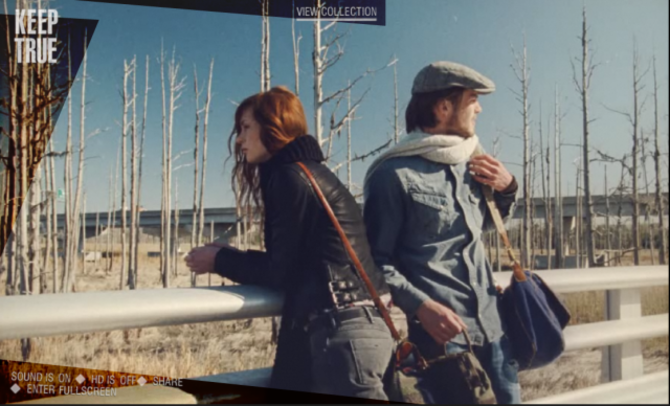 Wrangler Europe is back with a new digital campaign for Autumn/Winter 2012, allowing users to interact with the website using the ‘drag and release’ feature which we saw with their “Get Your Edge Back” S/S 2012 campaign earlier this year.

Under the banner “Keep True”, the seasonal homepage video follows a couple as they escape the city to revel in the woods and “reconnect with nature”. After every scene, the action pauses and users can drag and drop their cursor to activate a cinemagraph, highlighting small details and delicate movement which is in stark contrast to the high energy S/S 2012.

Created by Stinkdigital and directed by Arno Salters (the same team behind “Get Your Edge Back”), the interactive footage aims to showcase Wrangler’s collection , including new denim treatments which recreate the textured surfaces of rocks and minerals, and was shot on 16mm film on location in North Carolina, where the clothing brand’s roots lie.

Instead of dragging the models, the drag and release mechanic pulls the camera back, and sends it springing forward into a frozen moment, rife with subtle cinemagraphs.

“We relished an opportunity to do something subtler, slower, and more beautiful with our latest for Wrangler Europe,” says Stinkdigital.

“To us, these cinemagraphs, which are essentially still photographs with tiny, repeating movements, reflected the idea of Keeping True by presenting these isolated memories as permanent, breathing moments for the user to savour.

“Each scene of the film ends and transitions with a cinemagraph: flowing hair, passing cars, a swinging bag, a tiny movement of the head.”

A charming video by Will Cooper Mitchell serves as an atmospheric backdrop to the “Keep True” motto of the campaign, also shot in North Carolina, reconnecting the brand with its roots out in the wild. At the heart of the piece is Thomas Keith, a one-time Salem County District Attorney who now lives besides the Back River where he grew up.

“His love of the outdoors, free from the trappings of urban life, inspired the making of Wrangler's seasonal film,” says Stinkdigital. 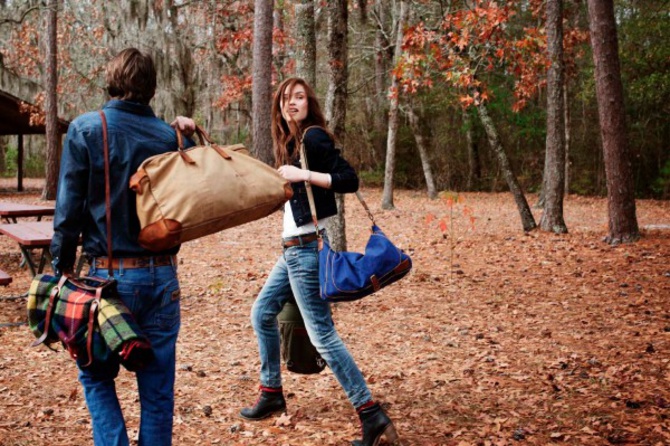 Visit the website here | Read about the Spring/Summer 2012 campaign here.