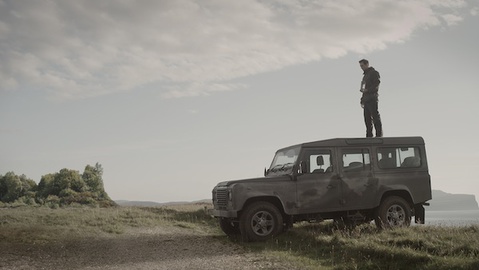 Land Rover’s “Well Storied” features parallax motion and integration of multiple APIs. As part of the experience Land Rover and author William Boyd launched “The Vanishing Game”, an interactive version of Boyd’s 17,000-word story about a mysterious driving adventure across the United Kingdom.

The immersive novel’s protagonist Alec Dunbar, drives from London to a remote part of Scotland, encountering suspect characters and navigating rugged terrain in his Land Rover Defender. The platform invites readers to go beyond its words on the novel’s Tumblr page, created by US digital agency, Tool. 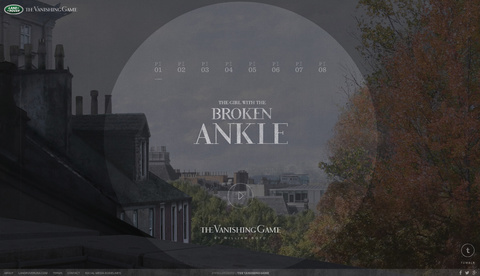 The Vanishing Game begins as a seemingly innocuous transporting job in a weather-battered Land Rover Defender and quickly unfolds into a dangerous plot with a shadowy cast of characters.

Boyd’s online thriller is brought to life in a multi-sensory experience through mixed media content, including dynamic video, cinemagraphs, photography, animation, sound, music, and narration in a captivating British voice. Throughout the story, viewers can engage with key words that are embedded with imagery and video.  For example, when a user selects the keyword "river," they see video footage of a Land Rover crossing a remote waterway in the Scottish Highlands. 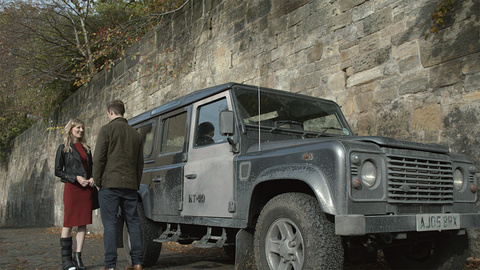 Also embedded throughout The Vanishing Game’s interactive experience are snippets of of content by actual Land Rover owners on their own journeys, which were collected by the brand via a #WellStoried hashtag.

When readers scroll over certain words and passages, the story will pause as these owners’ personal driving adventures are displayed on-screen. Readers to turn its various multi-media functions on and off throughout the experience. Video content was shot by Tool director, Alec Helm.

“I remember as a boy being driven in a Land Rover through tropical rain forest to the Volta River in Ghana to fish for freshwater barracuda,” says author, William Boyd. “And, as an even younger boy, climbing into my Uncle Ronnie’s Land Rover, the Scottish day dawning, as we went out to feed the sheep on his farm. A Land Rover is part of the mental geography of almost every British person, I believe. 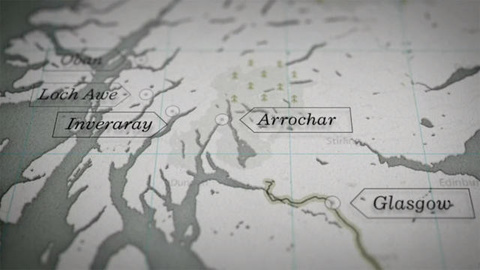 “Consequently, to be asked to write a story in which a Land Rover features was immensely appealing, almost an act of homage. What I tried to achieve was to make the Land Rover an inherent presence in the story, something always there—implicit, strong, solid, reliable, ready to function—very like the part it plays in my memory.”

A separate eBook edition of The Vanishing Game is available for free from Apple’s iBooks and Amazon’s Kindle Store. 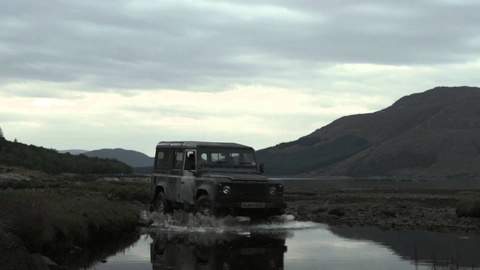