One in four people have the ‘adventure gene’. Take Land Rover’s test to see if you’re one of them. According to research, one in four of us has an Adventure Gene - a DRD4-7R dopamine-receptor variant on chromosome 11 - which drives us to enjoy extraordinary experiences and exciting careers. 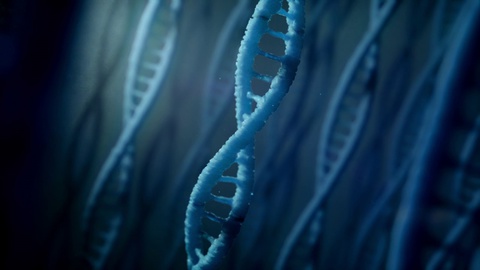 London agencies Y&R and Tag enlisted the help of Stinkdigital to craft an interactive site built in HTML5 that lets users test just how hard-wired you are to go above and beyond on your travels.

Directed by Rohan Blair-Mangat and shot entirely in point-of-view, “The Adventure Gene Test” is an adrenaline fuelled journey that drops the user at the heart of the experience. 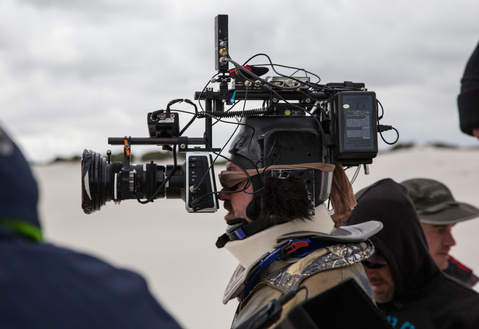 The said ‘gene’ itself is introduced in 3D and comes to life in a cinematic opening film. All built in-house using high detailing techniques and designing bespoke environments and textures, each user could delve right under the skin for the dramatic introduction.

“If we have an overwhelming desire to explore, perhaps the reason lies in our DNA,” says Land Rover. “There is a genetic variant, known as DRD4-7R, carried by roughly one in four of all humans.”

“It's more commonly known as the Adventure Gene. It makes people more curious, less restricted by boundaries. They will be more likely to take risks and may get a sudden urge to explore.

According the brand, many 7Rs gravitate to high-stress, high-risk careers that satisfy their cravings: pilots, entrepreneurs. But those with safer jobs feel compelled to spend their leisure time scaling frozen waterfalls or base jumping. 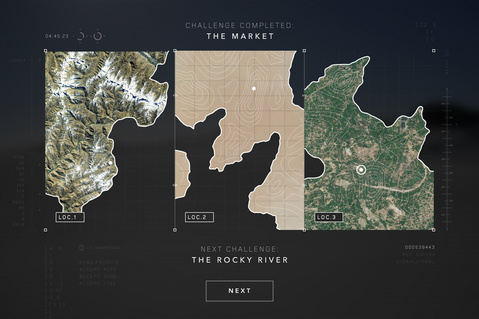 Each adventurer and their Land Rover L550 is put against the clock and is challenged with a series of decisions across different locations. Here, a simple and elegant interaction point invites the user to choose between three levels of extremity that will take them to the next leg of their journey: paraglide off a cliff, taste exotic food or embark on a river crossing. Every move is calculated.

Once complete, data from the journey is analysed and presented as a final percentage determining how likely they are to be carrying the “Adventure Gene”. 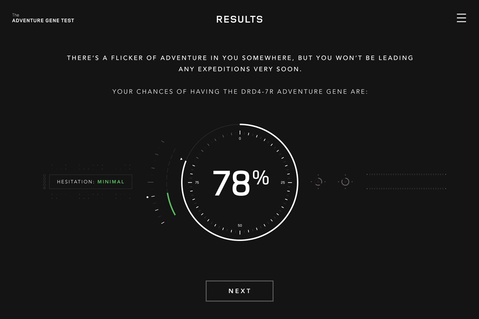 Built entirely in HTML5, the online test works across all platforms and is augmented with 3D sound for a fuller experience.

“It might seem reckless and selfish to their loved ones but as a species we owe them quite a favour,” Land Rover says of those with the 7R gene.

“A 7R thinks outside the box, then kicks a hole in it and strides off into the unknown. Exploration is like some extreme bench-test of mankind’s defining talents: wanderlust harnessed to innovation, dexterity and resourcefulness.”

The car maker cites adventurers like Ernest Shackleton, stranded thousands of miles from safety when the Antarctic ice crushed his ship in 1915. In a life-or-death showcase of the explorer’s full skillset, Shackleton rallied his exhausted colleagues into reinforcing their flimsy open lifeboat with whatever lay to hand – a driftwood deck was weather-proofed with seal blood. Incredibly, everyone made it home.

“Thanks to the likes of Shackleton, in 50,000 years we’ve effectively conquered the entire surface of our planet,” says Land Rover. “From that perspective, the explorers’ work here is done.”