Hudson Rouge’s interactive site celebrates your individuality by turning your selfie into sound – as ‘personal and unique’ as your thumbprint. 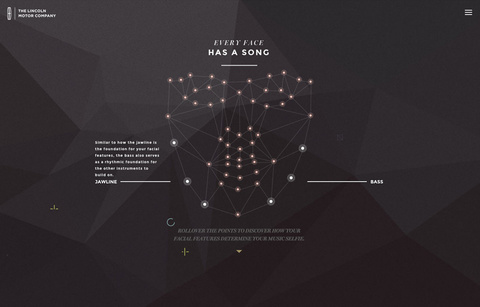 You may have got used to Matthew McConaughey philosophising as the star in the Lincoln Motor Company ads, but ad agency Hudson Rouge has created an online hub called “The Music Selfie Experiment” – with the aim to connect with a younger, more diverse audience of potential customers

Using face recognition technology, The Music Selfie Experiment allows users to scan their face to create their own unique song. Software developed by Toronto-based digital shop, Jam3, applies an algorithm based on the facial feature measurements in the selfie. The software scans the user’s face, associates values based on various facial features, and pulls from a large database of audio files to create the music selfie. 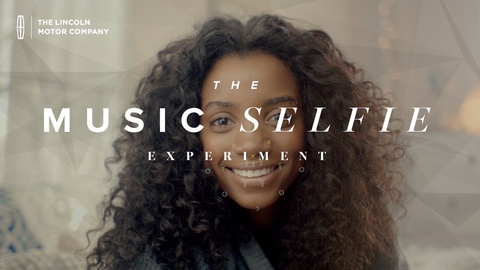 The result: a multisensory expression of one’s selfie. The music selfies are generated in real-time and more than four million facial-recognition audio track variations are possible. The date generated from facial analysis generates a 20-second music composition made up of audio tracks by music production company, Plan8. 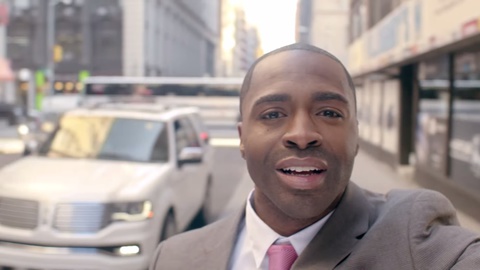 The ‘experiment’ was created in conjunction with the Grammys. “For the 2015 Grammy Awards, we didn’t just want to create another television commercial,” says Hudson Rouge. “We wanted to celebrate the individuality and creative spirit that strikes a chord with both the Lincoln Motor Company and lovers of music everywhere.”

Last year, Hudson Rouge enlisted Drive and Only God Forgives director, Nicolas Winding Refn to shoot a series of McConaughey-featuring commercials, including “The Bull”. Shot in the actor's home state of Texas, it began with a standoff: machine versus nature is exemplified by Matthew McConaghey in the Lincoln MKC as he sits nearly motionless in his MKC on a country road, transfixed by a 1,800 pound bull named Cryus who won't let him pass.

Other spots in the series spurred a number of parodies, including a Jim Carrey version on Saturday Night Live, an Ellen DeGeneres spoof and even a take on the campaign by South Park.

A few years ago, Lincoln’s “Hello, Again” online hub looked at the car’s past and then went somewhere completely new.  It was described as “a history of our reinvention, 90 years in the making”. Hudson Rouge worked with JWT to create online digital experiences as technically adept, luxurious and elite as the car itself – using HTML5, a website experience and the vehicle cockpit all in the same breath.