L’Oreal’s ”Zombie Boy” app by concealer make-up brand Dermablend lets users discover the artist's tattoos, whilst guessing which products were used to cover him up. 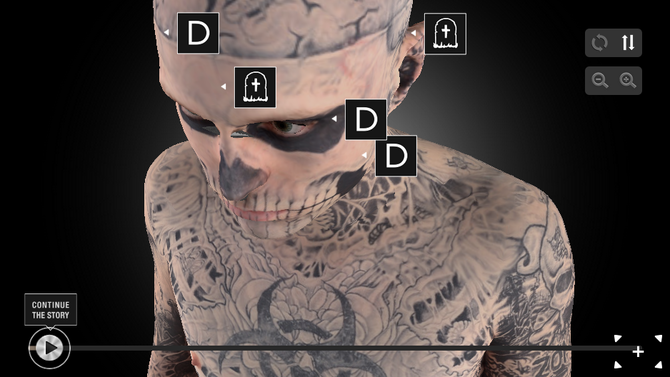 L’Oreal Dermablend’s “Go Beyond the Cover” video from 2011 got 13.5 million YouTube hits. It starred the Rick Genest who revealed his vast tattoos that were flawlessly covered by L’Oreal’s camouflage products. He and Dermablend have reunited for an iOS app which tells the story behind the Canadian model and artist’s body illustrations.

The “Uncover Zombie Boy” app lets users click on his tattoos using 3D technology. Genest tells users that he holds world records for the 178 bugs and 138 bones tatooed on his skin, and that getting his hands done at age 19 was a "point of no return" because "you can't really get a job at a coffee shop anymore."

The app also gives users the opportunity to ‘zombify’ themselves and can submit their photo to win a trip to New York Fashion week to meet Genest.

“With the ‘Go Beyond the Cover’ video, we had a real chance to show the power of individuality as well as the Dermablend products,” says Soniya Sheth, Vice President of Dermablend Professional.

“Now we’d like to go a step further and introduce the world to the real Rick Genest – his stories as mapped out on his skin, while showcasing the efficacy of Dermablend Professional; if they can cover his tattoos, they can cover anything.” 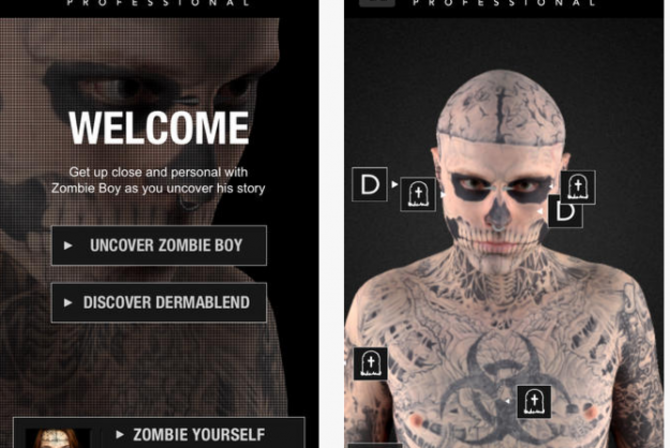