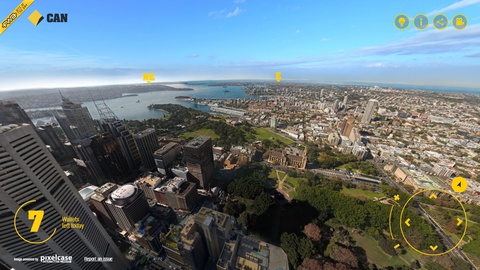 M&C Saatchi launched Commbank’s Cardless Cash facility with an interactive Where’s Wally-style treasure hunt – “Where’s my Wallet?” that used the largest ever photo of Sydney as a backdrop.

Built in HTML5, WebGL and CSS3, users on any platform could search every nook and cranny in this Wallet Hunt. It was available for for anyone to play, zooming in on streets and buildings up to 100km away to find the 100 wallets concealed in the 125 Gigapixel panorama of the Harbour City - which people have done in their droves, chasing the $200 wallet-finding prize.

“The game smashed its targets with 61,839 visits and engagement levels through the roof with players spending on average 12 minutes and winners a whopping 64 minutes on the site,” says M&C Saatchi. 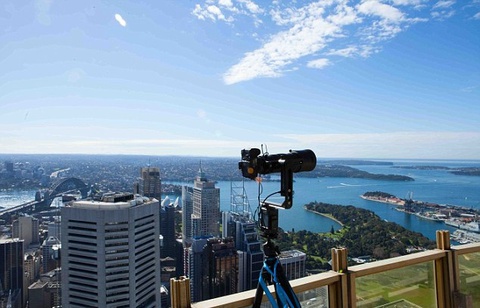 The image, shot by Pixelcase, involved three rotating cameras taking 21,000 incremental shots of Sydney from atop the Sky Tower. The frames took several weeks to piece together for one stunning image of the city covering a 100km area - the largest photo ever produced in Australia.

“This is the largest gigapixel image that we have ever worked on, there is quite a lot of specialised equipment involved,“ explains Pixelcase’s John Colebrook.

“It involves taking pictures incrementally using a high resolution camera and a robot that will move the camera. The camera was set up in three different locations throughout the tower and together they captured an arc of 180 degrees each and then they are merged together to create that 360 degree view online.” 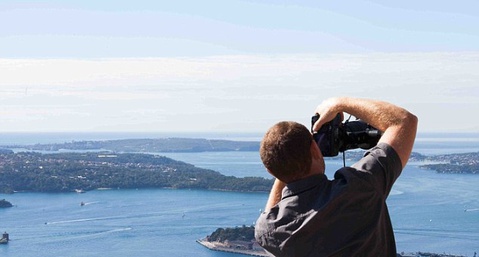 The actual competition has now closed, but online users can still have a go at the HTML5 and WebGL experience.

“For us it's really great to have taken the largest image ever in Australia,” said Jessica Myers, executive marketing manager for CommBank. “It really pushes the boundaries in terms of technology which is a real big focus for the bank and also what is better than a really detailed image of Sydney harbour on a sunny day for people to zoom around and view.”