Celebrate 40 years of McDonald’s in the UK with Razorfish’s interactive anniversary site. 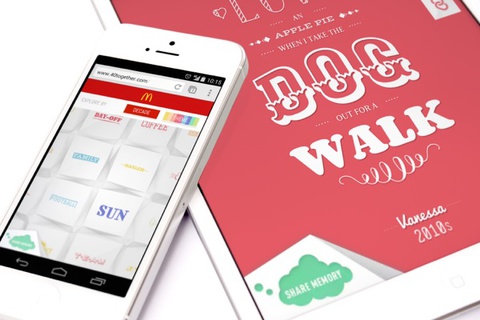 For the 40th anniversary of McDonald’s in the UK, Razorfishand Goodboy Digital created a website asking the fast-food chain’s fans to share their favourite memories from the past four decades.

The integrated site turns written stories into stylish typographical posters in realtime as the user types them out. And if typing is a bit old-school for you, fire it up in Chrome and you can simply speak your story out loud and let Google’s Voice-to-Text API do the work. 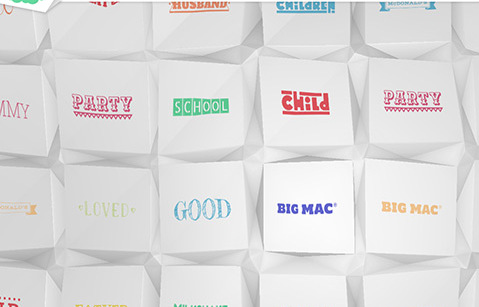 The words are then transformed into one-of-a-kind illustrated and animated posters. The typographical tool is driven entirely with Google Fonts. Add a dash of stunning webGL for the rich 3D paper grid that unfolds like a piece of origami - so it goes without saying that the experience, which is set to the 1971 song "Brand New Key" by Melanie, is best on Chrome.

“McDonald’s has been in the background of countless moments in the UK over the last 40 years.  This new campaign gives our customers the opportunity to be part of our celebration by sharing their memories in a creative and unique way” said Steve Hill, Head of Marketing, Brand & Experience at McDonald’s. 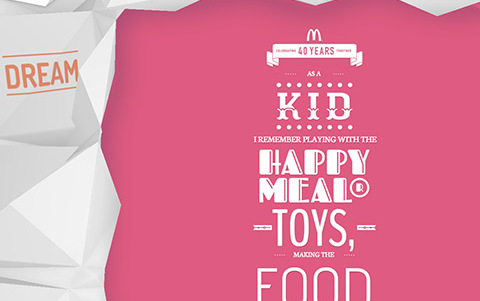 “We built an engine to interpret the feeling behind each story shared,” said Cyril Louis, Creative Director at Razorfish.  “The system chooses colours, fonts, icons and animation accordingly. The finished posters can be explored by selecting a decade, theme or by scrolling through the webGL gallery.”

A selection of these memories will also be chosen to feature in the ongoing campaign – in digital outdoor and display media executions. The TV campaign, by Leo Burnett, will encourage people to visit the website and share their memories from the past 40 years. 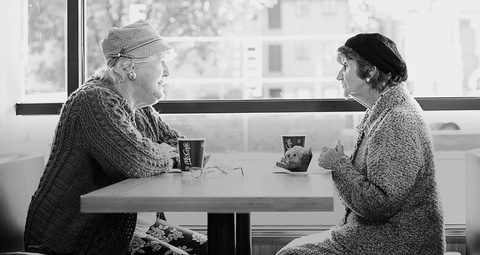 “At Google we’re always pleased when we see a top digital agency using so many of our technologies in a meaningful way,” said Lindsay Hirsch, Industry Manager at Google. “We’re looking forward to seeing how the public interact with this clever digitally-led campaign.”

Razorfish’s digital execution is part of a wider campaign celebrating the chain’s milestone, which includes Leo Burnett’s 30-second spots which have been airing in the UK.

The ads show people engaged in rites-of-passage such as a first date and driving for the first time after getting a licence, and demonstrate how McDonald’s plays a part in these seminal moments.

All the ads include songs from the 1970s – the decade that McDonald’s launched in the UK – including. Minnie Riperton’s Lovin’ You, which plays during "the nervous first date", while Thin Lizzy’s The Boys Are Back In Town features in "the just passed your test drive-thru".