How B-Reel helped MTV introduce the future of television to a global audience with “MTV Bump” carrying the slogan “Make stuff. Get it on air. Take control of MTV”. 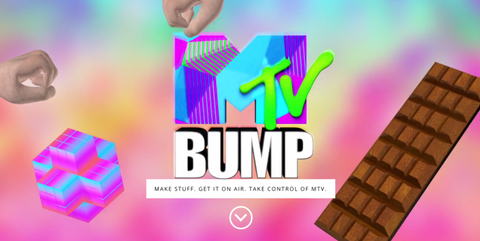 Let’s face it - MTV stopped being ‘music television’ a long time ago. Now it’s more Jersey Shore than Madonna, but it still carries iconic status. Changes in the network can be pinned down to modern reality TV, but also the channel’s demographic of teens and millennials, who are spending increasing periods of their time on their phones and computers. TV networks are relatively stagnant in the Internet’s two-way, instantaneous landscape.

As part of the channel’s rebranding under the "I am my MTV" mantra, MTV approached New York agency B-Reel Creative with a challenge - help them reinvigorate the network’s entire viewing experience. The creative shop decided that if they wanted to breathe new life into MTV, they should turn over control of the channel to the viewers themselves. This insight turned their focus towards one of their most loved elements - the MTV Ident. Thus, “MTV Bump” was born. 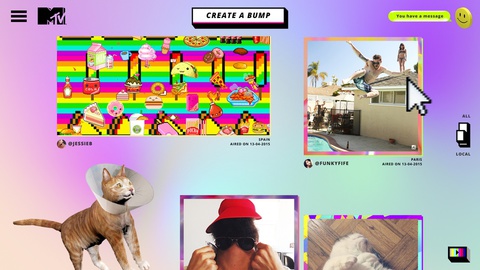 The program, which launched last month in UK, France, Sweden, Brazil, Germany and Australia, pulls content created on the hub via Instagram and Vine, and runs it on the air. (Content will eventually also be taken from the hashtag #MTVBump on social platforms.)

The submitted web content is filtered for local relevance in each market. A custom renderer then feeds the content directly into the MTV broadcast system with an ‘on air’ turnaround of under two hours. Users will be notified when their content is going to air, hoping to draw younger audiences to the channel, allowing MTV almost real-time conversation with its audience. 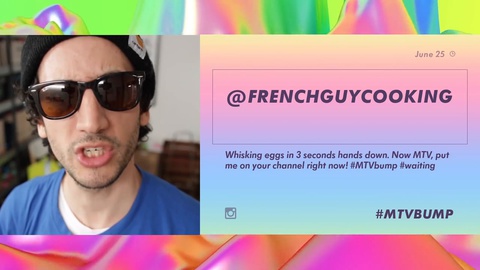 “[It’s] a fast, irreverent and relevant conversation fuelled by the creativity and self-expression of its viewers. MTV Bump is an ever-evolving platform. As the audience evolves in their expression, we respond with a new way to harness that statement and put it on air.

“In the coming phases of MTV Bump, look out for tools that incorporate real-time input to create compositional graphics, personal status updates and music-driven meme mashups. Each tool encourages a different level of participation, tapping into various types of viewers.” 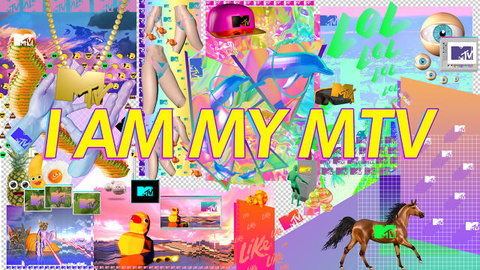