MTV’S interactive “Rule Switcher” site is controlled by the lights in the room from which is viewed. 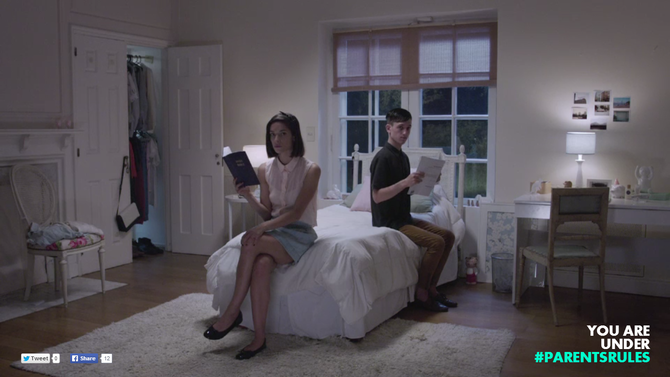 “Rule Switcher” was created by MTV World Design Studio, Buenos Aires in collaboration with R/GA Buenos Aires and Missing Cat. The interactive microsite is for MTV International’s new reality show “Sleeping with the Family”, in which young couples move in with their in-laws.

On the site, users can control the experience using the real light of their rooms thanks to webcam technology which recognises the light of the room it is being used in.

“The integration between the creative teams of MTV and R/GA was very natural. The project was a great challenge, especially regarding user experience and this was very encouraging for us."

We had a go on the site. With the lights on, the young couple were enjoying music lessons, reading, playing chess and even pruning a Bonsai tree. When our office lights turned off however, the online couple were getting up to all sorts.

We’ll leave it to your imagination – or you could just have a go on the site. “Rule Switcher” is a great use of webcam hacking technology, which has been seen in branding efforts and campaigns from the likes of Reporters without Borders (“Voiceless Eyes”) and Old Spice (“Teach me to Job”). 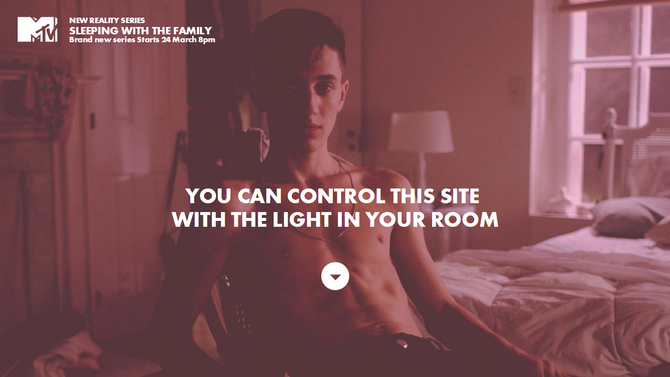 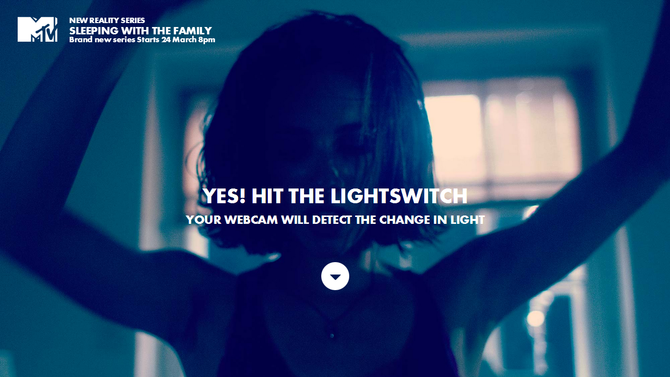