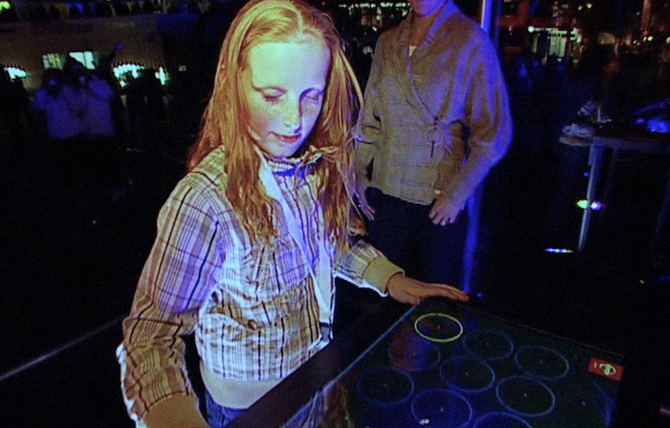 The experience, created by TBWA\Helsinki and Finnish agencies Great Apes and Louder lit up the Oslo Youngstorget market square for a night and transformed it into an outdoor party. “Future:Today” was also simulated for an online campaign site.

“The Nissan LEAF electric vehicle was one of Norway's most sold cars - not just EVs - in 2012. To acknowledge Norway's position as a forerunner in personal commuting, we wanted to create a memorable live experience for all LEAF owners,” says TBWA\Helsinki.

The creators drew inspiration from Close Encounters of the Third Kind, Daft Punk’s live gigs and Guitar Hero games, to build the “World’s Biggest Electric Organ” from the 50 Leafs that actual Leaf owners had brought with them to the event. Each car had multiple lights that were controlled by the music that Leaf owners created in real-time with a touch-based app.

“From watching Close Encounters of the Third Kind, we knew what building blocks we needed: a huge array of lights, a PA system and finally a big touchscreen-based controller app for all of this. We harnessed the power of TUIO and MIDI protocols to enable dispatching user touch events to our app to the actual lighting board used to drive the multiple lights inside each of the 50 Nissan Leafs.

“The app was controlled via a multi-touch screen and featured an auto-arpeggiator, user-controlled chordal progressions and other special effects, giving the Leaf owners, freedom to create their own music.”

Great Apes say they wanted to make things a bit more interesting than just setting up 50 Nissan LEAFs for a photo/video shoot.

“As the FUTURE:TODAY event was about music and light installations, we decided to play with the theme, engage the LEAF owners – and also give the audience on-site something to remember.

“The LEAFs lined up on the side of Youngstorget market square were the stars of the show. A rotating and color-changing LED floodlight was installed inside each LEAF – 200 in total. In addition to controlling the music, our touchscreen instrument also controlled all the lights in the cars, making it all a thrilling spectacle on a grand scale.

“The songs to be played, one synth pop and the other dubstep, were in part sourced from Audiodraft, a crowdsourcing service for producing music and sound – and in part finalized by Roberto Rodriguez, a Finnish DJ / Producer.” 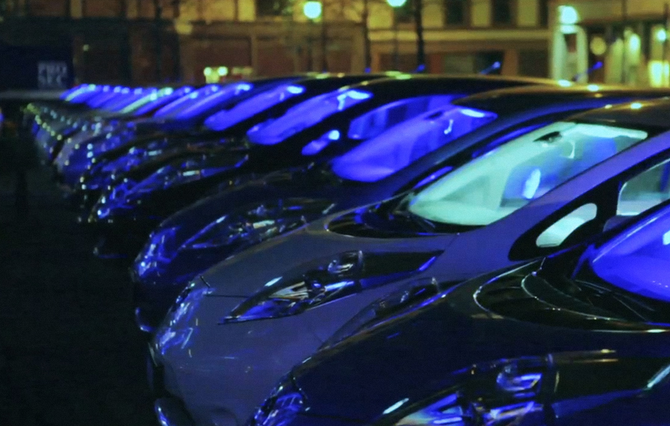 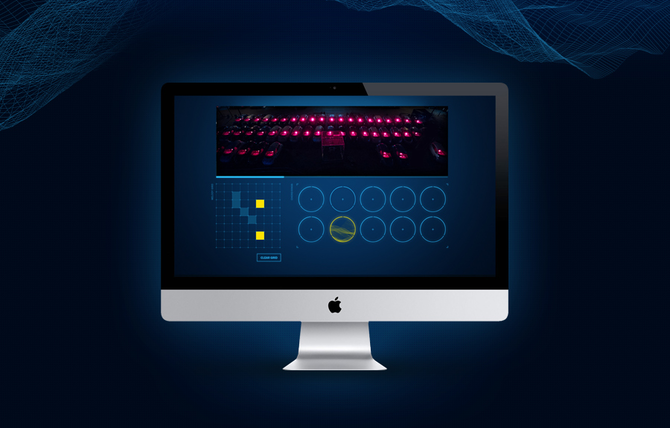