Online and television services mean we can now watch movies anywhere and anytime, but popcorn brand Pop Secret is trying to add to the fun of movies by letting you share with family and friends. 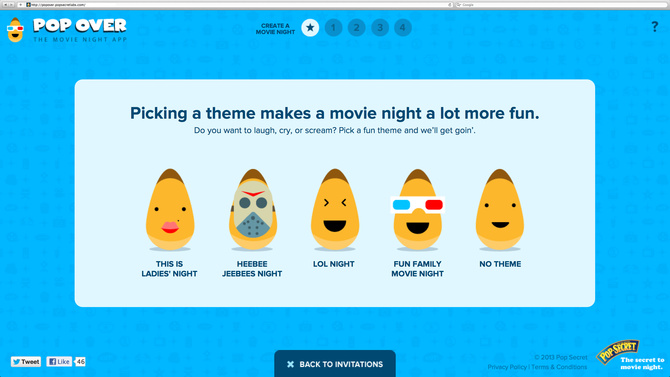 Agency Deutsch LA has created “Pop Over”, a desktop and mobile app that organises movie nights with your Facebook friends, as part of Pop Secret Labs – a project aimed at making movie watching (and popcorn) even more social and fun through technology.

The Facebook and Netflix integrated app aims to change (what has grown into) the isolated nature of film viewing and encourage people to invite friends over for a movie and some popcorn.

Incorporating platforms Netflix and Facebook, users are able to invite friends, collectively choose a movie to watch, and designate snack responsibilities. It’s the first in a series of digital products that Deutsch LA is creating for the brand.

“You choose a theme and a movie to watch - say Heebee Jeebees Night and “Saw 3.” Then you specify a time and how many “tickets” you want to make available. Pop Over pulls in your Facebook friends and invites them right in the app.”

“Guests can RSVP with the snacks they’ll bring - which we only assume will include PopSecret. You can manage movie nights you've been invited to, too.”

How the app came about is also worth a mention: As part of the 2012 Film Independent Forum, Deutsch LA competed against Silicon Beach tech companies in a “Movie Hackathon” hosted by Zefr and focused on developing movie apps.

The agency entered two teams into the competition, one consisting of senior talent, the other their “junior varsity” team. Deutsch’s juniors won the competition with “Pop Over”.

In October 2012, Deutsch started a product development arm, Inventionist, to create a path for clients to new innovation and to accelerate the agency’s creative process. 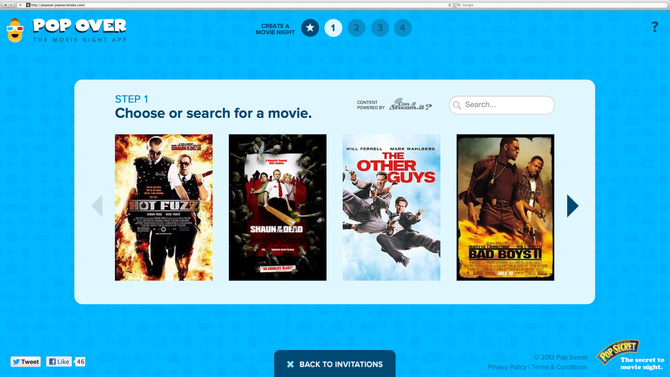 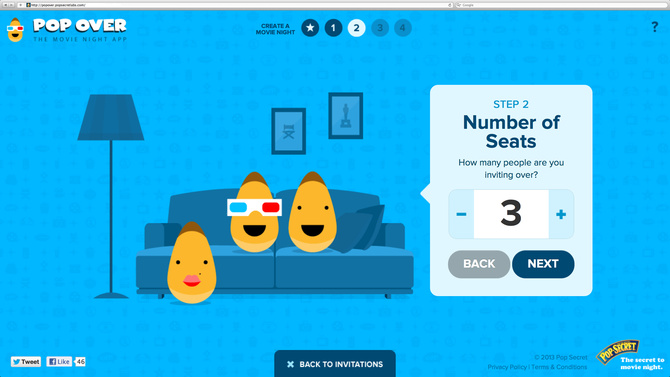 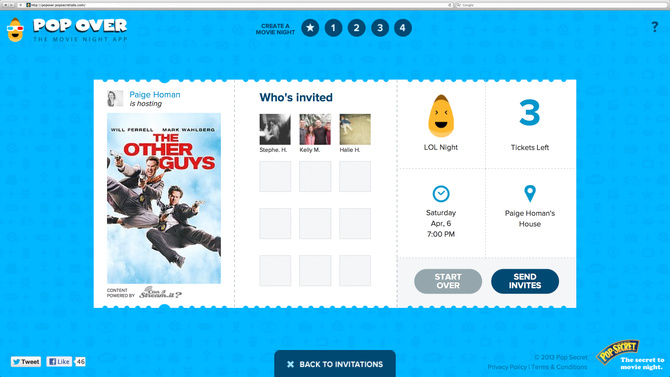 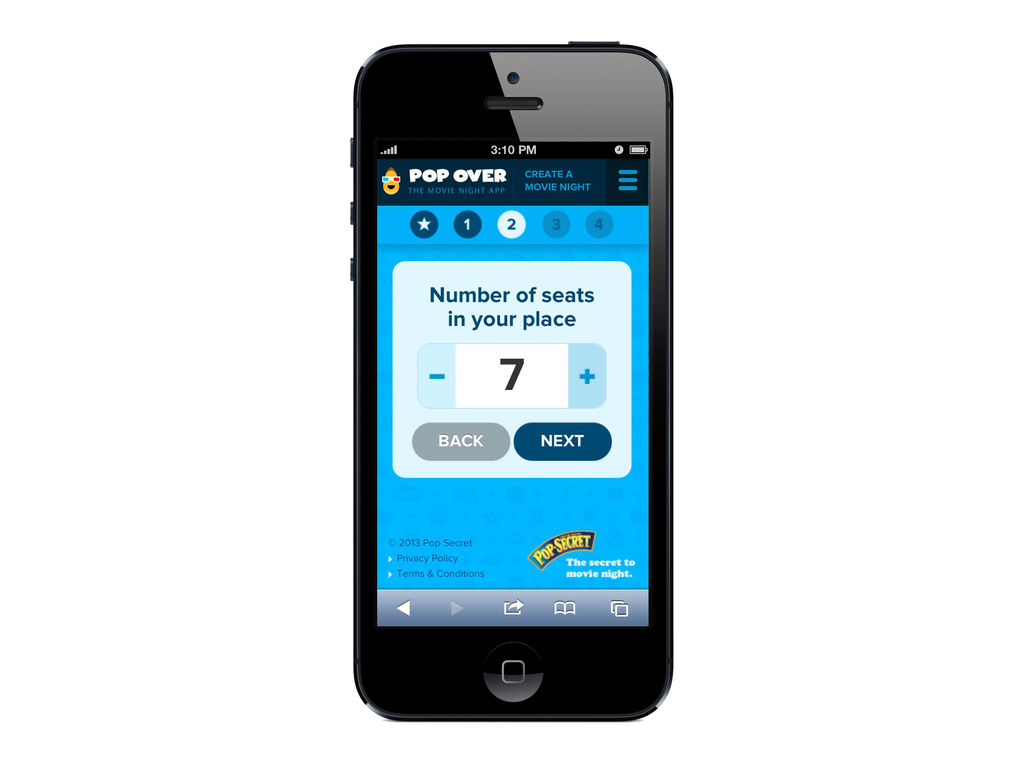 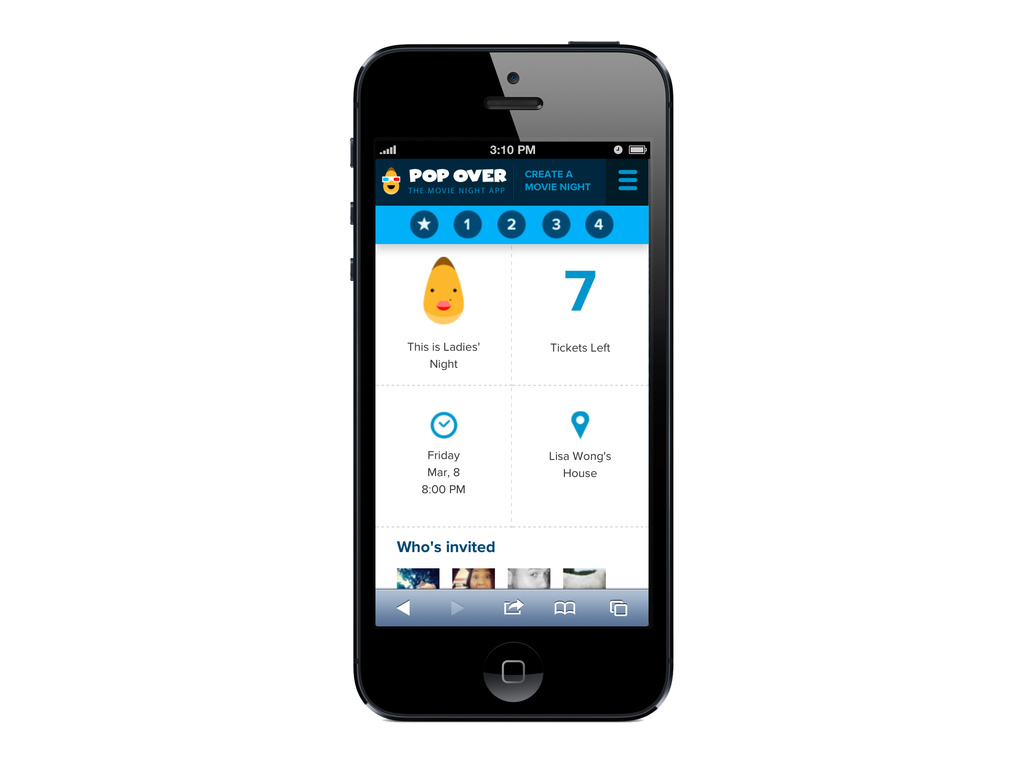 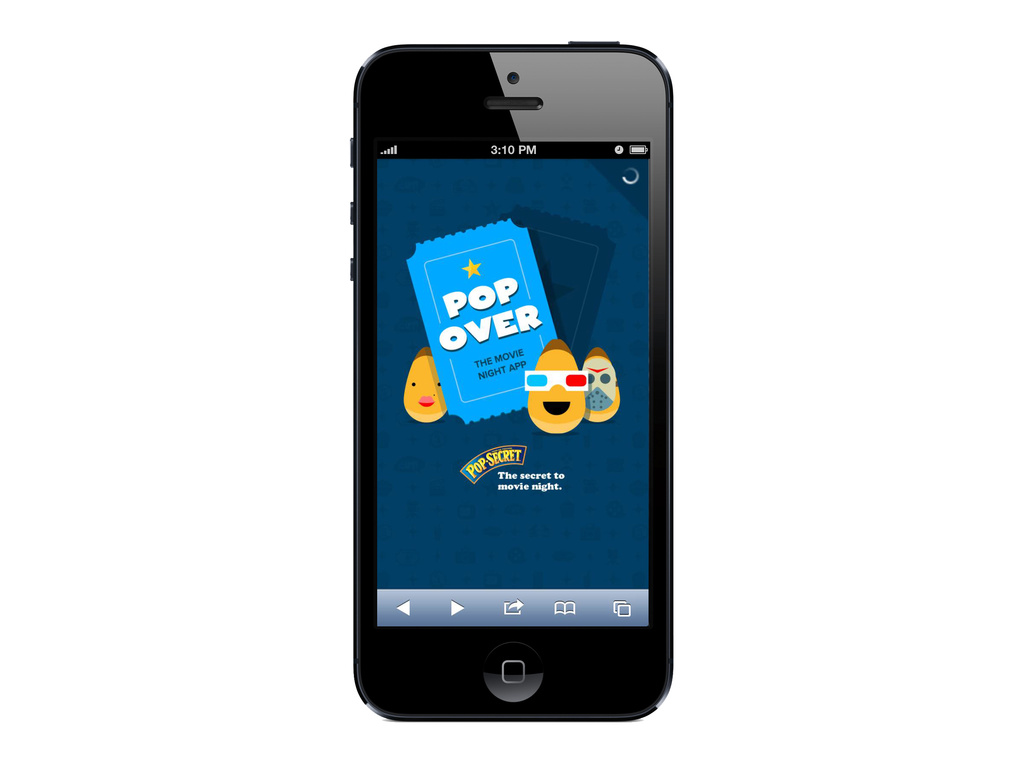