Take a look at the ads which feature on Unruly Media’s viral video chart.

Take a look at the ads which have featured on Unruly Media’s viral video chart over the past week. 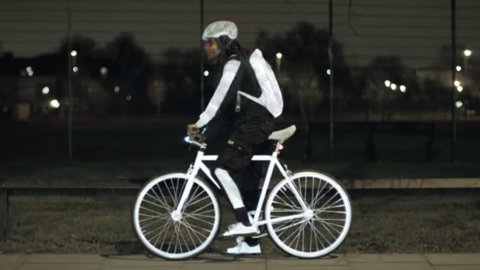 This ad for health insurance plan provider, UnitedHealthcare, shows how dancing is one way into the complex health care system. When “our song” comes on the radio in this Leo Burnett Chicago ad, a couple starts dancing in the dining room and gets a little carried away.

Watch for the medical billing code E005 – “it’s just one of the thousands of ways people get into the complicated health care system,” says UnitedHealthcare. The spot has had almost 2.8 million YouTube hits and 68,000 shares.

Next, Ultron calls out the Avengers in a TV spot for Marvel's "Avengers: Age of Ultron," which is soon to hit theatres.

Volvo’s two and a half minute ad “LifePaint” showcases a reflective spray: “The best way to survive a crash, is not to crash. LifePaint is a unique reflective safety spray. Invisible by daylight, it shines brightly in the glare of car headlights. Making the invisible, visible.”

Volve says LifePaint washes off, and will not affect the colour or surface of your chosen material, lasting for approximately a week after application. The spray has been designed for safer cycling but, according to Volvo, can be applied to clothes, shoes, pushchairs, children’s backpacks and even dog leads and collars.

This spot from Ogilvy New York for UPS shows how four-year-old Carson developed a friendship with his UPS driver, Mr. Ernie, when he began receiving shipments of special milk.

If you missed it the first time round, the spot is still featuring on viral charts. Carson had become fascinated by all things UPS and wished to be just like his pal, so UPS made Carson a UPS driver for a day.

And there is no surprise here as to why this ad features in the chart - and it's not down to great production or creativity. The final ad in this round-up is HBO's official commercial for the Mayweather vs. Pacquiao fight which takes place on 2 May. It's your standard hyperbolic sports ad, but the subject matter means you'll be seeing a lot of this in the build up.