Heres the second and final part of our round-up of all the Cannes Lions Grand Prix winners. Read Part One here. 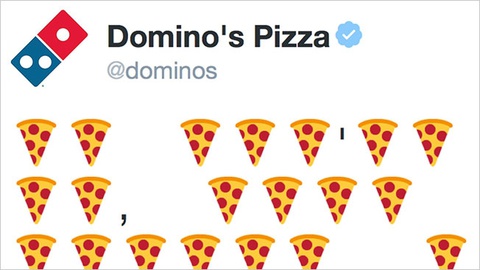 This summer, Domino’s allowed their customers to order pizza through Twitter with words or the simple pizza emoji.

Pre-roll ads on YouTube have earned a similar reputation to pop-ups and viewers hit the “Skip Ad” button the moment they get the chance. So, for its latest pre-roll ads for auto insurance company Geico, The Martin Agency decided to make “Unskippable” ads.

The ‘end’ of the ads are followed by the message: “You can’t skip this Geico ad, because it’s already over.” In “Family” the mother says, “Don’t thank me, thank the savings”. The family then attempts to sit perfectly still for the remainder of the 30 seconds, as we watch their dog demolish the dinner on the table.

Around four billion people in the world don't have a reliable street address. What3words is a tech-driven giant grid comprised of 57 trillion 3m x 3m squares that cover the entire globe. Founded by Jack Waley-Cohen and Chris Sheldrick, It is the simplest way to communicate location.

Each square has a three-word address encoded from geographic co-ordinates that can be communicated quickly, easily and with no ambiguity (for example, the Statue of Liberty is located at planet.inches.most). Everyone and everywhere now has an address. Because it can be used on nearly any device offline without a data connection, the technology could open up doors for developing countries or support humanitarian aid in a crisis.

Cyber: Under Armour “I Will What I Want” by Droga5, New York

Starring Gisele Bündchen, the campaign featured a TV spot showing the supermodel pounding away at a heavy bag, as real comments pulled from social media were projected on the walls surrounding her. The online experience, "Will Beats Noise" took that same idea but allowed the audience to view the film with the social media posts as they were happening in real time, creating a new experience with each view.

Direct: Volvo “The Greatest Interception Ever” by Grey New York

Volvo didn’t advertise at this year’s Super Bowl. Instead, the Swedish automaker asked fans to tweet its hashtag #VolvoContest, during other car brands' Super Bowl commercials.

Participants were encouraged to nominate a friend or loved one to win a new Volvo XC60 luxury crossover, with the idea being that the company wanted to focus on real people rather than its own marketing message.

Google’s inexpensive virtual-reality reader made out of cardboard won the Grand Prix without the aid of any of its numerous agency partners.

The possibilities for marketers are endless with this innovation and the viewer has the potential to make social change. Just take a look at Google Expeditions, an evolution of Cardboard which takes school children on field trips that a school bus can’t. Read the full feature here.

One in every three women is the victim of domestic abuse in Turkey, so Vodafone the Red Light App through which women in trouble can secretly seek help from three friends by shaking their phones. 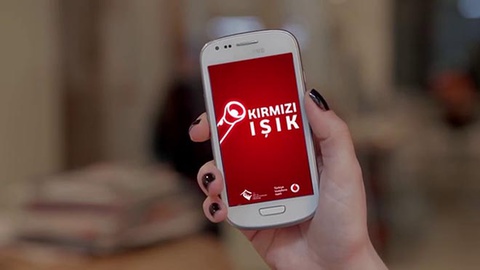 The function is hidden and disguised in a flashlight app. The campaign sent messages to women at the end of make-up tutorials online and promoted the app through posters in toilets and in actual female products like wax strips and underwear.