TAKE A TOUR OF THE EIFFEL TOWER WITH GOOGLE

The interactive experience blends fascinating historical material with a sprinkling of technological magic. Google Street View has introduced a collection of 360-degree views of the iconic monument, allowing users a close, immersive look at the tower, which even lets you virtually climb to the top.

In order to capture the imagery, the Street View team followed in the footsteps of 7 million annual visitors and ascended multiple floors of the Tower. Using the Street View Trolley (designed especially for monuments and museums) they filmed 360-degree views of the monument’s architecture and its views over Paris.

These modern-day Street View panoramas sit alongside nearly 50 archival images, plans, engravings and photos telling the story of the Eiffel Tower’s development and social impact in the 19th century. Some of the archive material is quite rare and precious such as a recording of Gustave Eiffel’s voice by Thomas Edison. 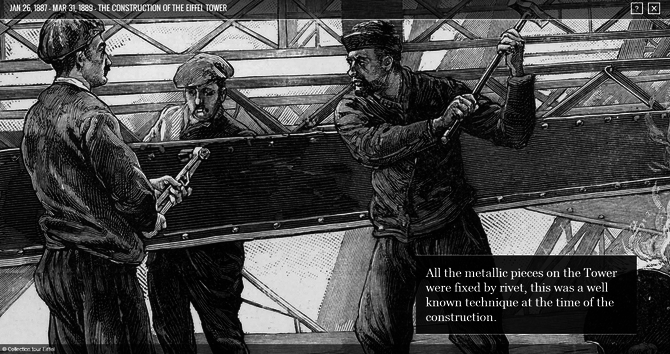 The first exhibition presents the birth of the Eiffel Tower from the initial idea until its realisation. You can then follow the construction of the monument step-by-step, through photos and sketches.

Details on the inauguration and the first visitors lie in the third exhibition, with photos of people admiring the Paris vista on the opening day leading into today’s Street View imagery from the top floor.

“As a product manager and designer, it’s been awe-inspiring to get to see the spectacular vision and the detailed architectural capabilities exemplified by the plans more than 100 years ago,” says Google Cultural Institute’s Head of Product & User Experience, Mark Yoshitake,

“It required tremendous knowledge of special planning and physics to ensure that 18,000 separately made pieces would come together as one. 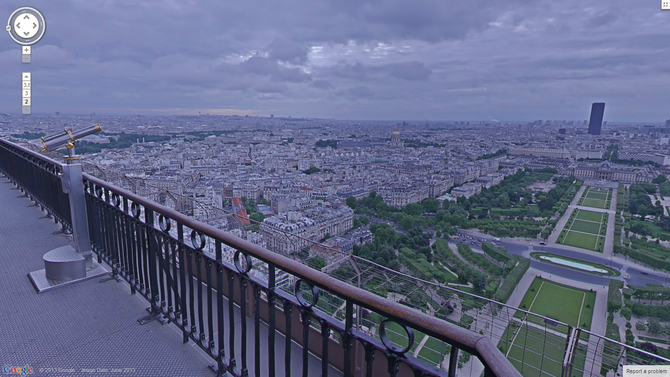