The winners of this year's D&AD Awards were announced at a ceremony in London last week. From the first interactive LED basketball court to a scrolling experience to keep a man from drowning - here's a handful of the winners. 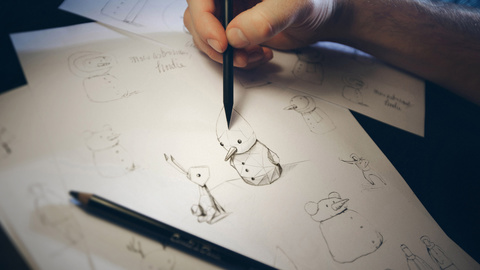 AKQA Paris took a Graphite Pencil for “Winterlands” which allowed users  to send holiday greetings from the heart of winter via an interactive 3D and 360° mobile experience, via email, SMS or social networks.

The twinkling of snowfall is forever mesmerising – whether outside your window or within a snow globe. AKQA’s holiday card for 2014, harnessed the latest innovations in WebGL to bring the magic of winter into the palm of your hand.

“Seeking always to merge art and technology in new ways, we pushed to its limit what 3D can do in the mobile browser – creating a rich virtual environment that does not demand users download extra software. Twitter Facebook Google Plus LinkedIn,” says AKQA.

Within a month of launch, 55,000 people had visited Winterlands from 139 countries and shared 22,000 times. It even broke into the Asian mobile market – one fifth of users coming from China – with the US and France following just behind.

Amongst AKQA’s other victories, included a Yellow Pencil for Nike’s “House of Mamba”. China has an unrivalled passion for basketball. Nike set out to create opportunity and break down barriers to inspire the next wave of players to rise to new heights. To inspire the next wave of basketball players to raise their game, Nike put them through their paces at the Nike Rise House of Mamba, the world’s first interactive LED basketball court, spurred on by millions watching the “Rise” series.

Thirty players were drafted from a region-wide search to be coached by LeBron James and Kobe Bryant. Nike Rise House of Mamba challenged and trained the final team using motion-tracking drills and reactive visualisation to create a pinnacle experience, teach the fundamentals of basketball and push the boundaries of sports training. The finale saw three players chosen to represent China at the World Streetball Championships. 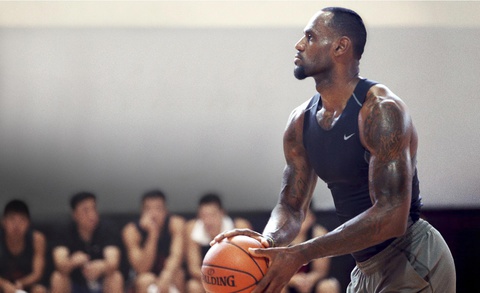 CLM BBDO also took a Graphite for their Guy Cotton experience “A Trip Out To Sea”. You always buckle your seatbelt in a car, so why wouldn't you want to protect yourself in a boat? Guy Cotten, a brand for marine clothing and safety equipment, wanted to encourage more people to wear life jackets by scaring boaters into wearing them-always.

The creative team did this by creating an experience that simulates drowning. Guy Cotten partnered with CLM BBDO and Wanda Digital to create a realistic experience in which viewers continuously scroll up a page to stay afloat.

Staying with the water theme, VML Australia took a Yellow Pencil for Rip Curl’s “GPS Search” watch, which aimed to revolutionise the way surfers interact with the ocean.

Bringing together innovative motion tracking, real-time environmental data and intuitive information design in a fully mobile platform, SearchGPS allows surfers to capture, learn from and share the moments they spend their lives searching for.

Meanwhile, Samsung’s “Look At Me” app by Cheil Worldwide took home a Wood Pencil. Autism is a developmental disorder and people on the spectrum can struggle to recognise facial expressions and communicate with people, but it's believed that children with autism do enjoy interacting with digital devices.

Cheil Worldwide worked in partnership with Seoul National University Bundang Hospital and Yonsei University's psychology department to craft the “Look At Me” app, which is designed to support meaningful connections between parents, caregivers, and their children.

View all the winners here.