The digital work that’s doing the rounds in August

From an app for the visually impaired to a fun prototype for Google Cardboard - take a look at the digital work that’s doing the rounds in August. 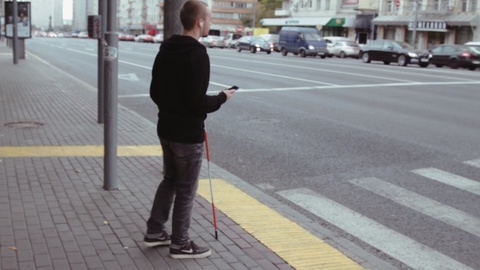 This one’s a nice bridge between mobile and print. It’s a playful print ad by the creatives at Wunderman Phantasia, Peru. The client is SAB Miller who has launched Abraxas beer. The team created a print with a hidden story that readers can expose by lighting the back with the flashlight on their smartphone.

“We hacked the traditional printing process allowing the audience to interact between a smartphone and a print without any apps or QR, involving them in the brand’s storytelling and choosing the members of it select order,” says Wunderman Phantasia.

Wouldn’t it be funny if you had stupid big hands you can’t control? Digital agency B-Reel has experimented with virtual reality on Cardboard. The adventure is called “Stupid Big Hands” and is a prototype for Google Cardboard that provides pick-up-and-play type VR gaming. 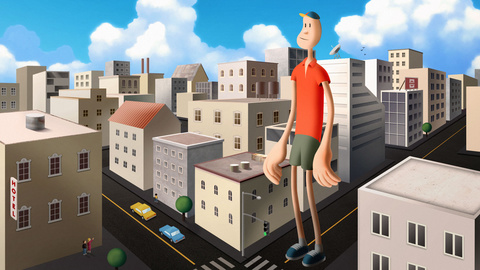 The player takes on the character of George, a 160ft tall giant, with over-sized uncontrollable hands that makes walking through cities a little bit chaotic. He's faced with some simple-sounding but difficult tasks: getting to work on time, picking up his little brother from school and playing football with his mates. All he has to do is avoid knocking over skyscrapers and hitting helicopters in the process. Check out the game here and try to keep George on track. 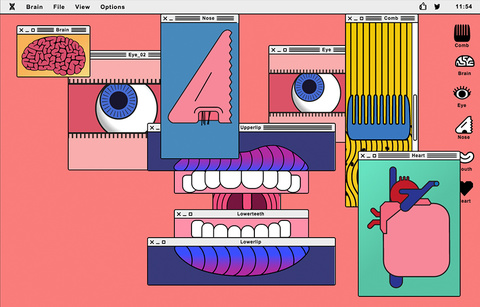 Now for something called Frankensim created by Milo Targett at Animade. This web-toy is a grotesque, pink-hued virtual laboratory. It dissects the human body into a series of interconnecting pop-up windows, which users can gleefully manipulate. Try it out here.

Next is work from Russia. SeeLight is a crowdsourced app that offers audible information to help blind and visually impaired users cross urban roads. After having conducted the research and having communicated with blind people Russian digital agency Hungry Boys decided to try to solve one of the most important and difficult problems – orientation and navigation in the city. 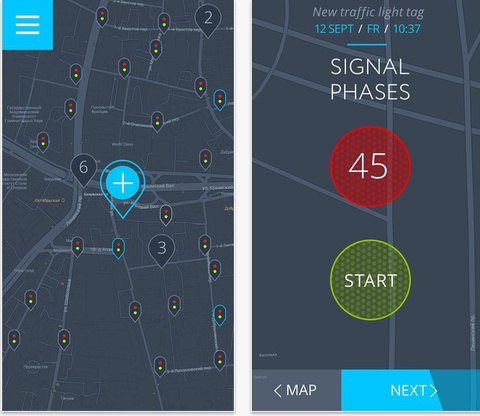 All Russia Association of the Blind (VOS) consulted the shop during development of the app. So how does it work? Currently, only around ten per cent of traffic lights worldwide are equipped with audible signals or tactile paving. None have a GPS tag. The SeeLight app collates data from government agencies and uses crowdsourced information to fill in the existing gap.

Users can help by timing the length of any walk signal and recording the direction of the crossing using the app, which will then store that information along with a GPS tag. They can also add a brief description, noting whether the intersection has tactile paving or a pedestrian crossing light.

When a visually impaired person approaches a crossing, they can then use the app to assist them through voice navigation. For those who face road crossing by themselves as a big challenge, such information could become great salvation. SeeLight is currently crowdfunding on Indiegogo to finance improvements to the current app, which is available now for free.