The Human Clock - crowdsourced consisting of thousands of faces

“The Human Clock” is an ever-evolving experiment that aims to ‘unite the world in time’ with a crowdsourced clock consisting of thousands of faces. 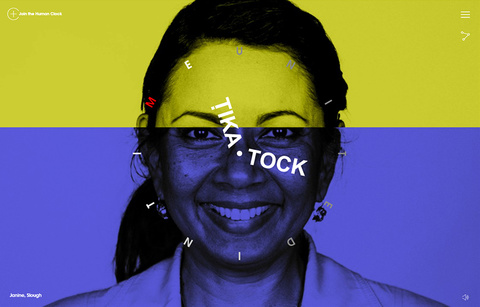 TEDxAmsterdam marked its sixth year in November 2014. Every year it invites a creative agency to launch a campaign for the annual event. For their latest event, they worked with Dutch agency We Are Pi for their “Somewhere in Time” theme.

We Are Pi started with this quote from CS Lewis: “The future is something which everyone reaches at the rate of 60 minutes an hour, whatever he does, whoever he is.” This led to the idea of “The Human Clock”. 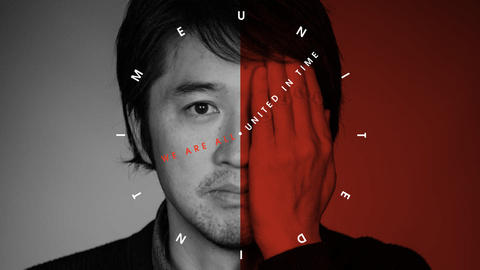 “The idea behind the human clock is simple: no matter your language, your race, or your actions, we all have one thing in common – the time we share,” explains TEDxAmsterdam.

The Human Clock aims to shine a light on human diversity by bringing as many faces as possible together as part of an ever-evolving digital clock. We Are Pi collaborated with digital shop MediaMonks to create an iterative open source experiment that builds as each new face is added.

“One pair of hands tells the time,” says We Are Pi lead creative, Barnney Hobson. “Many hands make history. The Human Clock is a challenge to unite all of us in seconds, minutes, hours and days, together.”

TEDxAmsterdam’s goal was to reach 24-hours worth of one-second faces. Contribute your second and claim your frame of fame.

This is not the first time that TedxAmsterdam has worked with agencies We Are Pi and MediaMonks. They previously collaborated to create the award-winning “Tedx Interactive Brain” - a living brain made from digital conversations around the TEDx Amsterdam program. 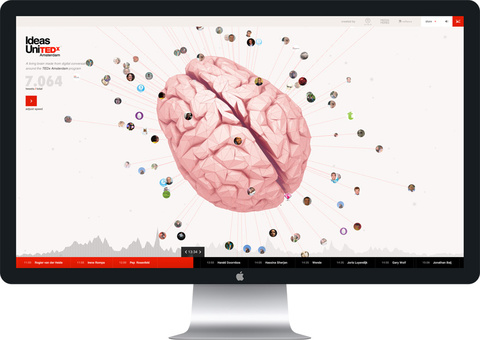 The dynamic, 3D digital organ, could be seen reacting to live social media discussions on installations at the event, before pitching a more permanent residence online as a documentary of the day, mapping the spread of ideas on a timeline interface built around Molehill technology.