Experience the live and evolving face of 'The One Who Will End Cancer' in real-time. 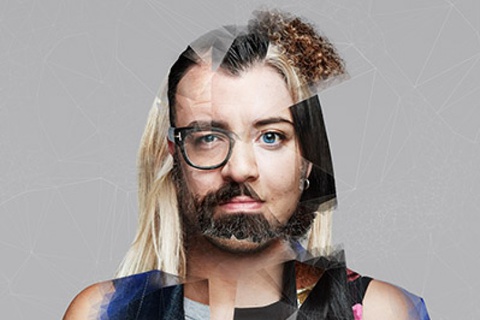 Built with WebGL, HTML5 and WebRTC, internet users can be part of 'The One' by uploading their face and sharing their personalised message.

M&C Saatchi Sydney has created ‘The One’ website for the Australia Cancer Research Foundation (ACRF), which is an invitation to join “The One to End Cancer”. Users can take part by adding their photo to the digital collage animation which continually grows as new faces are added – like a selfie for good. Visitors are also encouraged to donate.

“It’s not every day you get a brief to help end cancer,” says M&C Saatchi executive creative director Ben Welsh. “It’s humbling to have this opportunity to work with the ACRF and to bring their enormous vision to life. Our solution literally reflects the hopes of all Australians who want to defeat this killer disease.” 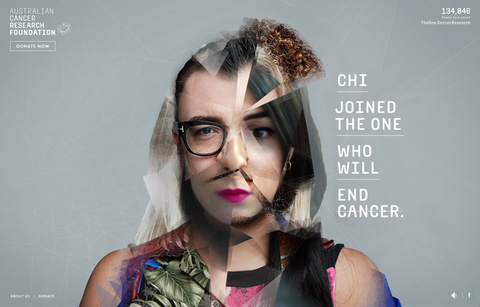 The ACRF charity also launched the world’s first charity-driven Top-Level Domain (TLD), .CancerResearch. This is an all-inclusive online “funnel” for everything that is cancer research in the world.

“.CancerResearch is an internet domain with a collaborative vision,” explains ACRF chief executive officer, Professor Ian Brown. “We have a long road ahead, but bringing the greatest minds and movements for cancer research together begins now.”

The domain has been developed by the ACRF in collaboration with Australian cancer scientists and research centres, providing authoritative information, awareness movements, research news and important messages of hope for both Australian and global communities, like the message of “TheOne” campaign.

The launch of the site was timed to coincide with World Cancer Day.

When it came to the satellite (a Pléiades1A/1B model), the team had to choose dates in terms of weather suitability and location. It takes weeks to generate an image via satellite.

Anyone flying into the domestic airport at Rio (Santos Dumont) should still be able to see the final image if they look out the window when landing or taking off.