The New York Times distributed more than a million cardboard virtual reality headsets to subscribers as part of their NYT VR project – putting readers at the centre of their cover story about displaced children, uprooted from their homes by conflict. 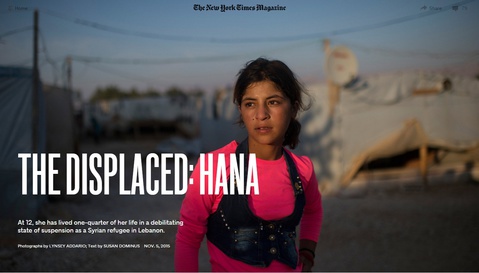 The Google Cardboard kits, which turn a smartphone into a basic virtual reality headset, will allow NYT readers to watch the first film to come out of the project, “The Displaced,” an extension of the NYT Magazine’s cover story, photographed by Lynsey Addario.

It follows three children who have been uprooted by and forced out their homes: Oleg, who lives in eastern Ukraine; Hana, a Syrian refugee in Lebanon; and Chuol, aged nine, the youngest of the three, who tells of how he was forced to flee to the swamps of South Sudan. The compelling film was co-directed by NYT’s Ben C Solomon and Vrse.works’ Imraan Ismail. 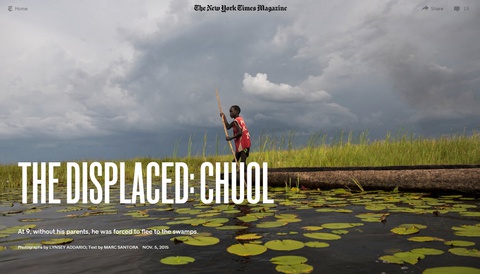 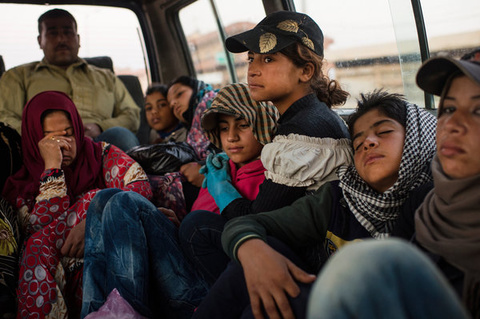 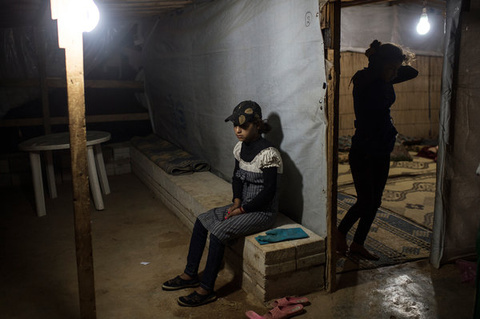 The NYT VR app was developed with virtual reality studio IM360 and is compatible with Apple and Android devices. Subscribers to the Times’ premium ‘Insider’ digital package, and a selection of regular digital subscribers have were given promotional codes to claim a Google Cardboard set. 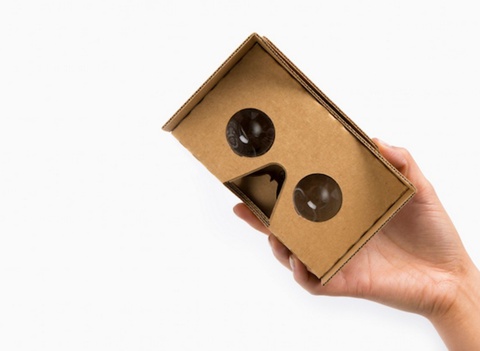 “The Displaced” was developed by the Times’ magazine team with virtual reality company Vrse. The team will release another film later this year based on its behind-the-scenes look at the “Walking New York” cover story which ran in April, with further releases scheduled for 2016.

The Times also released virtual reality films made by the project’s sponsors General Electric and Mini.

Dean Baquet, the executive editor of the Times, said the magazine had “created the first critical, serious piece of journalism using virtual reality, to shed light on one of the most dire humanitarian crises of our lifetime.” 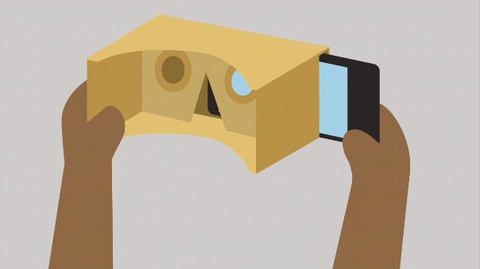 As those who are familiar with Cardboard will already know, the headsets don’t provide a virtual-reality experience by themselves; users need to slide their smartphone into the low-cost viewers to witness the VR magic. The project has put VR headsets into the hands of 1.3 million people – taking the Cannes Lions Grand Prix-winning work into the mainstream. 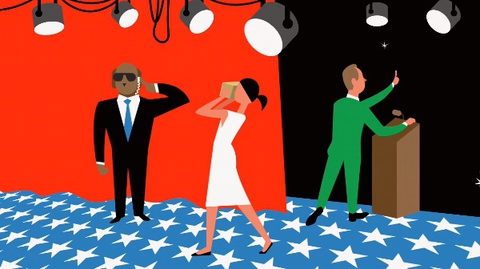 Our Online Editor Rhia Chohan picked up a viewer from Google in Cannes earlier this year.

“I had already tried out Oculus Rift and was naturally blown away by the results. Having covered a story on Google Expeditions, I was intrigued by Cardboard and couldn’t wait to get my hands on it,” she says.

“It took me some 30-seconds to assemble and the first piece of content I viewed was NYT’s Walking New York experience. Mind blown; I couldn’t believe a piece of cardboard was allowing me to view media in such an immersive way.

“I had to show it to my mother, who has just about worked out how to use Whatsapp on her smartphone – so imagine how mesmerised she was to be ‘skydiving’ in her lounge. What’s so significant about Cardboard is just how low-cost and accessible it is. Not enough people who could benefit from it even know about it, but projects like NYT VR will start to change that.”

Download the NYT VR app in Google’s Play Store and iTunes. If you don't have a viewer, you can watch a 360 version of the film here but as most people will tell you - it's not the same effect.