Three different Instagram accounts used the slideshow view mode within the mobile app to simulate the effect, creating "trailers" to bring some of the films to life. Quickly scroll from top to bottom – a bit like a digital flip book.

“Everyone knows that showing clips of a film can drum up interest,” says Cossette co-chief creative officer, Matt Litzinger.

“We wanted to create a sort of “trailer” of our own, and thought this new and unique use of Instagram could bring the films to life and draw attention to the festival.

“It feels appropriate to be using a technology like Instagram to promote the silent film technique, which in its day was every bit as ground-breaking and innovative as digital platforms are today.

Each year, the festival screen silent films paired with music, improvised and played live by artists. In recent years, landmark films such as Metropolis, Wings and Napoleon, have been restored, re-scored and presented as masterpieces, drawing mainstream media attention.

“Films thought lost continue to be found, allowing us a more complete glimpse of our past, both real and imagined,” says the festival.

“Best of all, new silent feature films are being made. Everyone knows that, thanks to Michel Hazanavicius, director of The Artist—last year’s Academy Award winner for Best Picture. 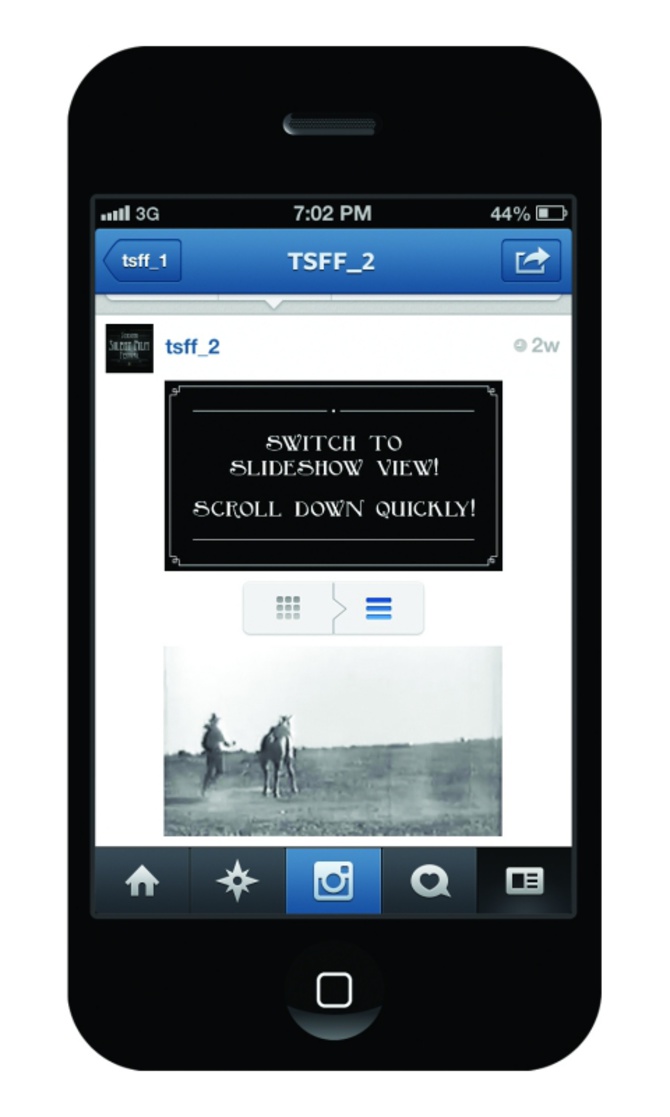