Before the finish line, before the podiums, before the accolades there is the training. Hours, months and years of solitary suffering and work on lonely roads. In Unit9’s immersive cycling film for Lexus, experience what it means to train and ride like a pro cyclist. 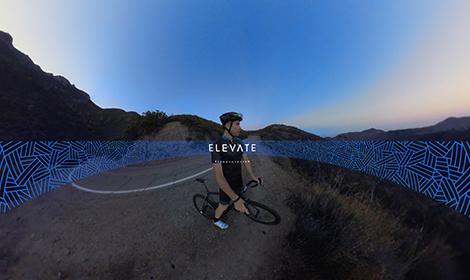 Production studio UNIT9 partnered with Lexus and Team One to create “Elevate,” a cinematic VR experience starring professional road racing cyclist Christian Vande Velde, who talks about his love for cycling, life experiences and why he rides: “People who like to do extreme sports are 100% committed, there’s nothing else going on: there’s only one thing that exists and that’s riding your bike.”

Viewers see the world from Christian’s perspective, as he rides through a 360º view of the iconic mountains in Malibu. Using technology and camera work that is unique in VR cinema, the viewer gets a unique perspective of what cycling means to athletes like Christian. 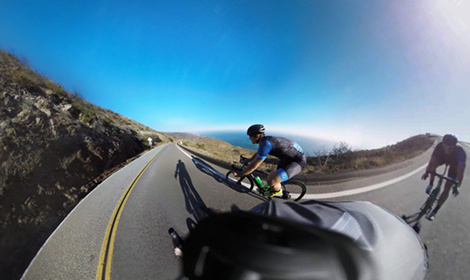 The connection between the sport and the brand is through Lexus’ sponsorship of the two premier cycling events. The car maker commissioned the film to premiere at Colorado’s US Pro Tour Challenge which took place in August.

“Over the past year immersive technologies have wowed audiences with technical prowess but most experiences rely on gimmicks rather than storytelling and narrative,” says Executive Creative Director, Alastair Green. “We saw this project as an opportunity to tell a personal story of a great athlete and show our client’s support for cycling and all road users.”

The team filmed Christian during sunrise and sunset over three days using a custom-built 360º camera rig. This allowed the crew to capture steady shots of Christian, with the camera attached to the bike or Christian himself. The camera angles we were inspired by the massive cycling community on YouTube, who film their own rides on a weekly or daily basis. 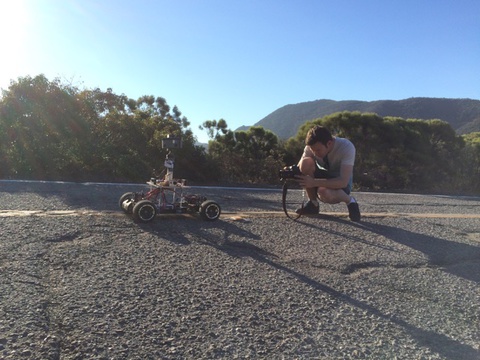 “We wanted to make a film that explores this simple question, Why Ride, and decided our story should focus on the experiences of Christian because he is someone who spent a lot of time cycling in the location where we would film, and is an ex-world champion cyclist as well as a major force in the Tour de France,” explains Unit9. 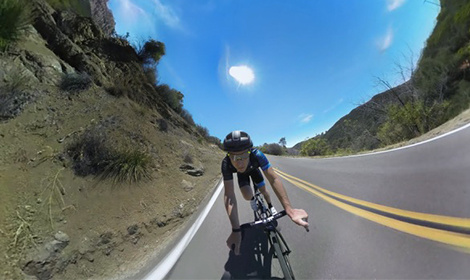 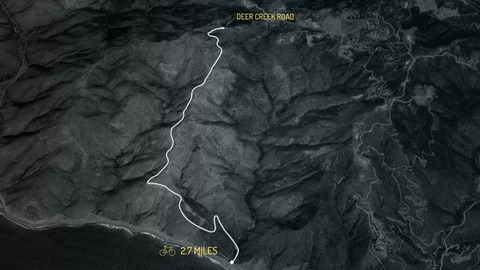 “For Elevate, we knew from the beginning that editing would be essential to bring this story to life. We all wanted to go for an experience that lives somewhere between a traditional film and a modern VR experience, with the best elements from both.

“Our story is about one man’s life, all of it, not just one small section. We were focused throughout the project on having a sense of chronology in our film, where you experience the story from sunrise to sunset. Within VR, this is unusual, that sense of time changing visually.” 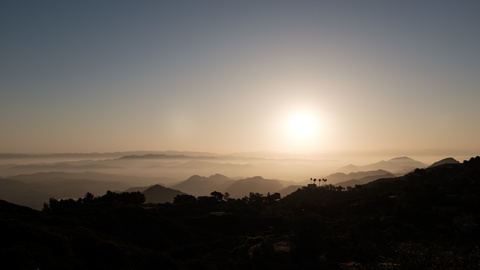 The team explain how they went beyond the VR work that’s already been put out there to create a unique piece of storytelling:

“Virtual Reality as a medium is really about releasing the viewer from a limited perspective. You can look anywhere, you can make your own version of this film, because you have the freedom to have it be different every single time.

“For Elevate, we wanted to go further than the VR work that is already out there. And rather than be purely innovative in the medium of VR itself, we wanted to create something that would feel innovative for the cycling community specifically.

“[The experience] proves you don’t need to sacrifice story to work with VR technology. A result made possible through a collaborative effort from client, to agency, all the way to the production teams. And of course - our cyclist Christian Vande Velde.” 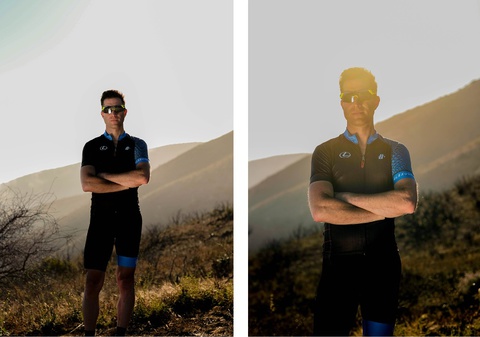