Which is best, Vine or Instagram? Built with HTML5 and CSS animations, this roulette based site aims to determine which mobile video platform is best simply by pulling in two videos at a time. 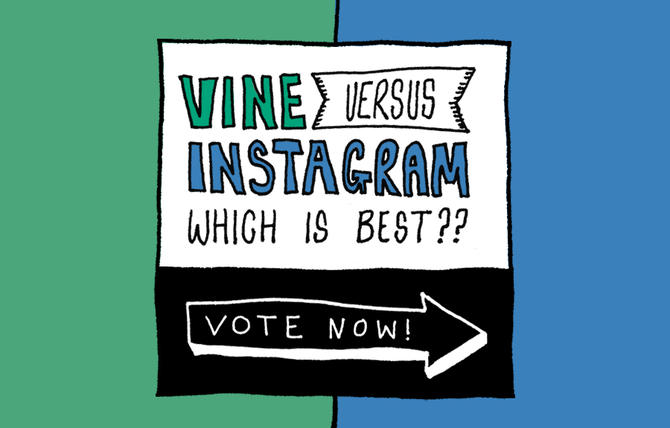 Built with HTML5 and CSS animations by We Make Awesome Sh.it, the roulette based site aims to determine which mobile video platform is the best simply by pulling in two videos at a time with users voting based on the real-time content they see.

“Argue all you like, but there’s only one way to settle this, and that’s with a big scientific fight,” says UK and US based agency, We Make Awesome Sh.it.

“Before now, other sites compared the number of public links to each service, and Instagram took a clear lead. No sh.it, we said.

“Instagram hit 130 million active users this summer, which is always going to leap ahead of a service like Vine which only launched in January. And besides, The Next Web has shown how those Topsy stats everyone was using to demonstrate Instagram’s lead are sketchy at best. There’s a better way to compare Instagram and Vine. With a big floating hand.

“For the past month we’ve been running a little test at VineVsInstagram.com which pits them against each other to see which has the best video content. In the green corner, Vine, the original micro video startup owned by Twitter. In the blue corner, Instagram and the #selfie army.

“Our Vine Vs Instagram experiment randomly picks a video from each service, where you can use our patented giant hand technology to pick your favourite video. Each click acts as a vote for that platform.

“We make a tonne of fun sites for clients, and smashed this one out one Saturday after co-founder Tom Gibby proposed the idea, with Rob Hampson designing the whole thing by hand and Syd Lawrence pulling the code together.”

A month and 32,000 votes later, the agency tallied the results.

“That’s 18,007 votes for Vine, compared to 14,954 for Instagram. Vine is better than Instagram, according to our test. Or at least, the average Vine video is better than the average Instagram video. And until someone comes up with a better set of results, that’s f**king official.”

Have a go yourself by visiting Vine vs Instagram. 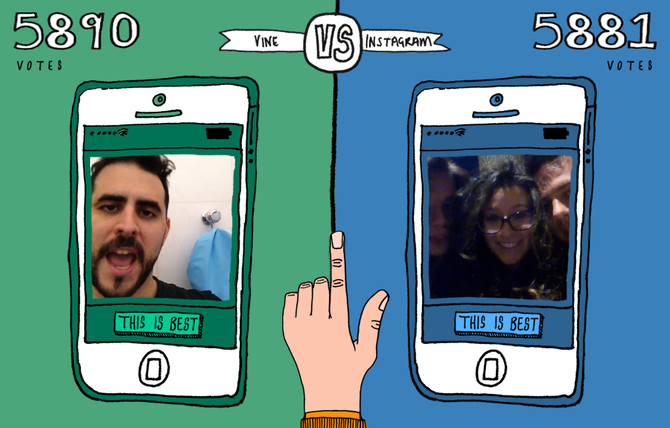 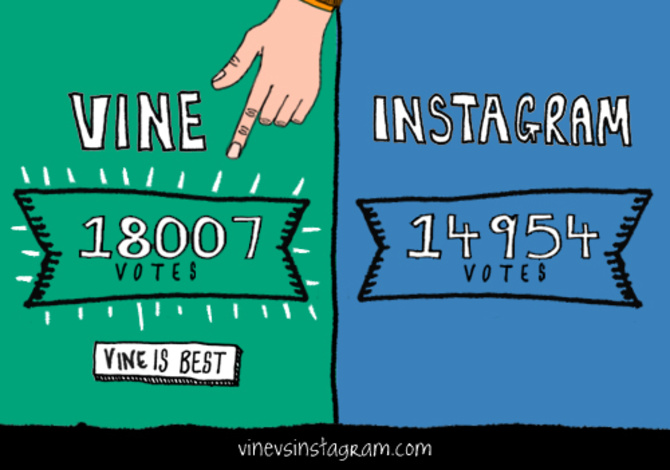