WINNING AD WORK FROM THE WEBBYS 2014

Take a look at some of the winning ad work from the Webby Awards 2014, which will be broadcast online on 20 May 2014. 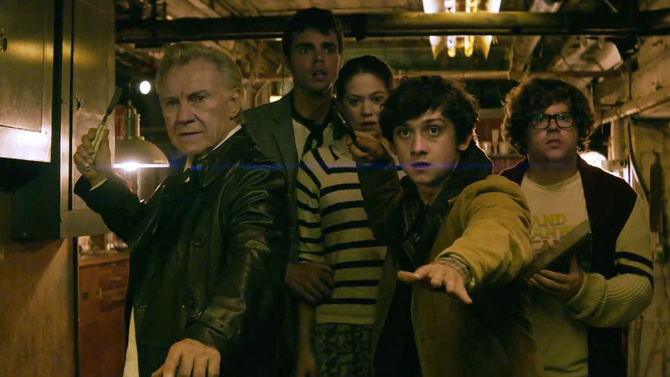 The live test from Stockholm agency, Forsman & Bordenfors, was set up to demonstrate the precision and directional stability of Volvo Dynamic Steering. The viral ad, set to the dulcet tones of Enya, was filmed in Spain on a closed-off landing field at sunrise in one take and has already gained cult status.

Intel "The Power Inside" by Pereira & O’Dell

Pereira & O’Dell followed up their award-winning social film with “The Power Inside” starring Harvey Keitel. Winning in the Consumer Electronics & Services category, the six-episode series plotted a human battle against an invasion of aliens - who disguise themselves as bushy moustaches or monobrows and attach themselves to unsuspecting humans, turning them into droning zombies.

Winning in the Digital Campaigns category, the project from Tokyo included a short film and 3D computer graphics sequence which enabled the audience to experience Ayrton Senna in the McLaren-Honda MP4/5.

Driving data left by the late Senna, brought back the Brazilian racing driver’s engine sound from 24 years ago. The project that visualised Senna’s telemetry data and recreated his fastest lap from the Formula One Japan Grand Prix in 1989 using generated engine sound and light.

Before France’s seminal law legalising gay marriage was passed, Ogilvy collaborated with non-profit org Tous Unis Pour l’Egalité (United for Equality) to create the "first social same-sex marriage," getting same-sex couples in France to get married with a Belgian Mayor bearing witness via Google Hangout. It was awarded the Best Use of Social Media Webby.

When Dodge launched the new 2014 Durango, their spokesperson was Anchorman’s Ron Burgundy (played by Will Ferrell). What followed was a full-scale, moustached assault on conventional car marketing extending across every platform available, including a unique online game.

The result was a milestone campaign bent on ignoring the tired "best practices" of selling cars, just the way Ron Burgundy demanded it. Durango sales skyrocketed, pop culture drank it in, every mark was hit and a new marketing term called “the Burgundy Effect” was born. It took the Webby for Auto & Auto Services.

Prudential “The Challenge Lab” by Droga5

The Webby in the Financial Services & Insurance category went to "The Challenge Lab". In 2013, the launch of this project at www.bringyourchallenges.com created a valuable resource that aims to help Americans understand financial planning obstacles, while providing the insight and tools they need to make the best decisions about their futures. Droga5 created 75 pieces of interactive content for that purpose.