Vote for your favourite TV/online Spot for a chance to win one of our limited edition calendars.

HOW TO VOTE: Tweet us your favourite ad at @LuerzersArchive with the #ArchiveSpot2013 hashtag. Please make sure you're following us on Twitter so we can contact you if you're a winner. 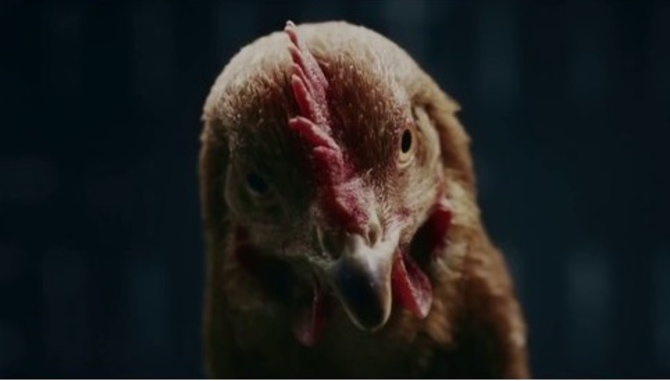 Last week, I presented you with my selection of the 10 Best Print Ads of 2013 – all of which have featured in the magazine at some point over the year - and asked you to pick the one you like best. View the winner you chose here.

This week, I present you with my selection of 5 Best Spots of 2013. It’s a completely subjective selection, I hasten to add, that I made from our "Spots of the Week" and in which I tried to steer clear of the more obvious and also award-certified candidates for this year (Dove, Volvo, Chipotle…). I am curious to find out which one of this more eclectic bunch strikes a chord with the majority of you.

Again, we’re giving away five copies of the much sought after 2014 Lürzer’s Archive Calendar to those of you who vote (either by Tweeting or by commenting on Facebook.

So here, in chronological order, are the five ads (taken from our Spots of the Week series) for you to choose from:

"Hollywood is running out of ideas. Come see something new." This spot was from a campaign inviting you to the 10th IndieLisboa, a Portuguese Independent Film Festival.

Total Greek Yoghurt’s ad took us back to when the product was first founded in 1926. Or did it? The spot was shot using vintage methods including, 35mm film.

A heartwarming and inspiring wheelchair basketball spot from Guinness USA. The twist ending is a celebration of dedication, loyalty and friendship, connecting a shared drink with the “Made of More” tag line. Set to the sound of The Cinematic Orchestra's "To Build A Home".

This spot is for the Mercedes-Benz 'Magic Body Control' suspension system which claims to ensure "optimum driving comfort". Set the Diana Ross classic "Upside Down".

Tweet us your favourite ad at @LuerzersArchive with the #ArchiveSpot2013 hashtag. Happy Holidays!

UPDATE 9 Jan 2013: Voting ended. You voted Guinness "Basketball" by BBDO, New York as your ad of 2013. Thanks to all those who took part! We'll be in touch with the winners of our limited edition calendar.

You might also like: 10 Best Print Ads of 2013 | Baileys recreates 'The Nutcracker' ballet for its captivating Christmas film | 5 ads that are guaranteed a reaction from you